THIS is the shocking moment a cop car rams into bystanders as they watched street racers perform a Fast & Furious-style burnout.

A police cruiser plowed through a group of almost 100 pedestrians as they gathered to watch the drivers' stunts in Tacoma, Washington state, last night. 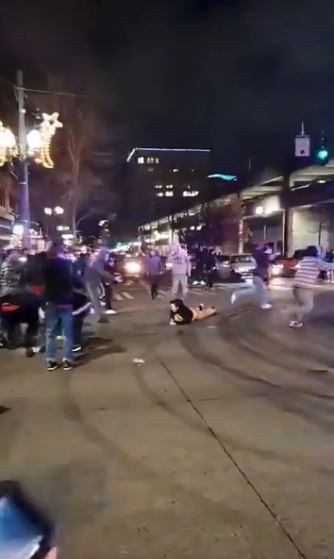 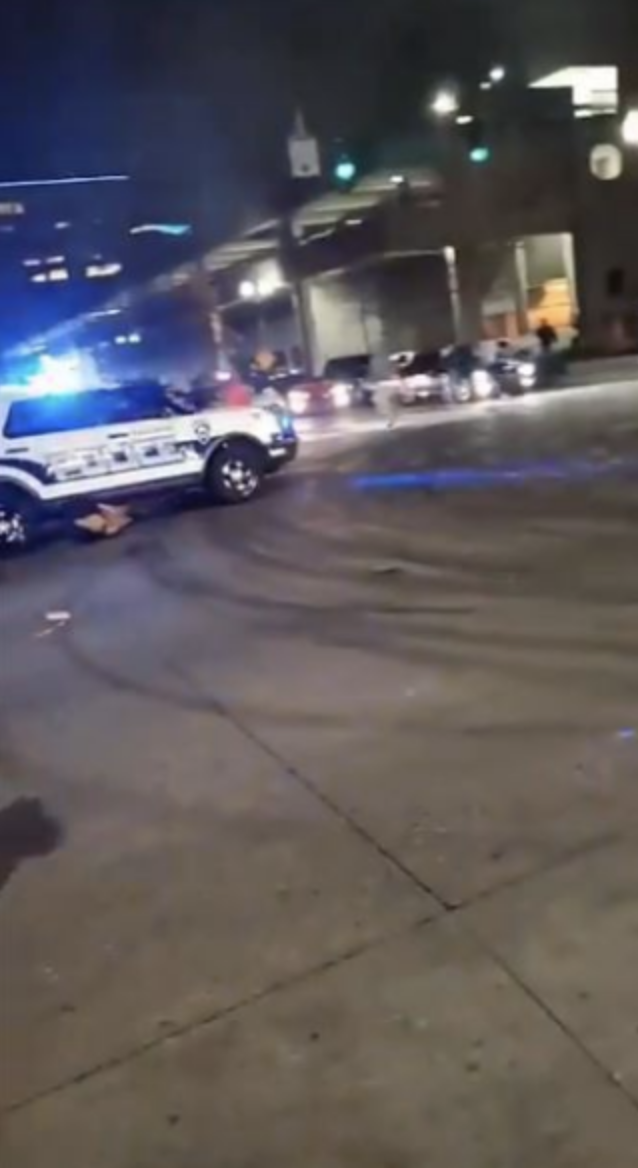 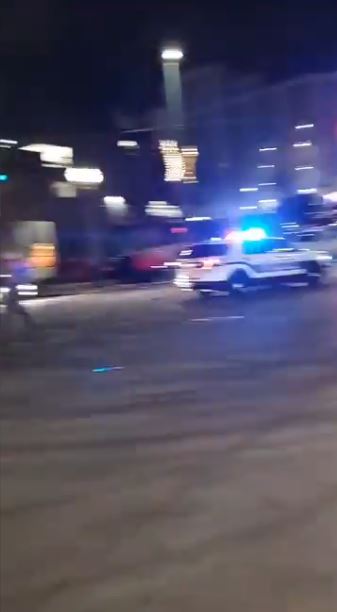 The upsetting footage captures the moment the police car reverses before ramming through the crowd in Tacoma at 6:20pm on Saturday night.

The police car can then be seen slowly driving over a pedestrian who is lying on the road.

The man was taken to hospital – but his condition is currently unknown.

According to Tacoma police, around 100 people had gathered to watch a number of drivers perform burnouts on the Tacoma street – and were blocking the intersection when cops arrived.

Police say they “began clearing the intersection and people for the safety of those gathered and people trying to use the street”, the News Tribune reports.

Police then said the cruiser was surrounded by pedestrians – who hit the car and tried to smash through the windows.

A statement said: “The officer, fearing for his safety, tried to back up, but was unable to do so because of the crowd.

“While trying to extricate himself from an unsafe position, the officer drove forward striking one individual and may have impacted others.” 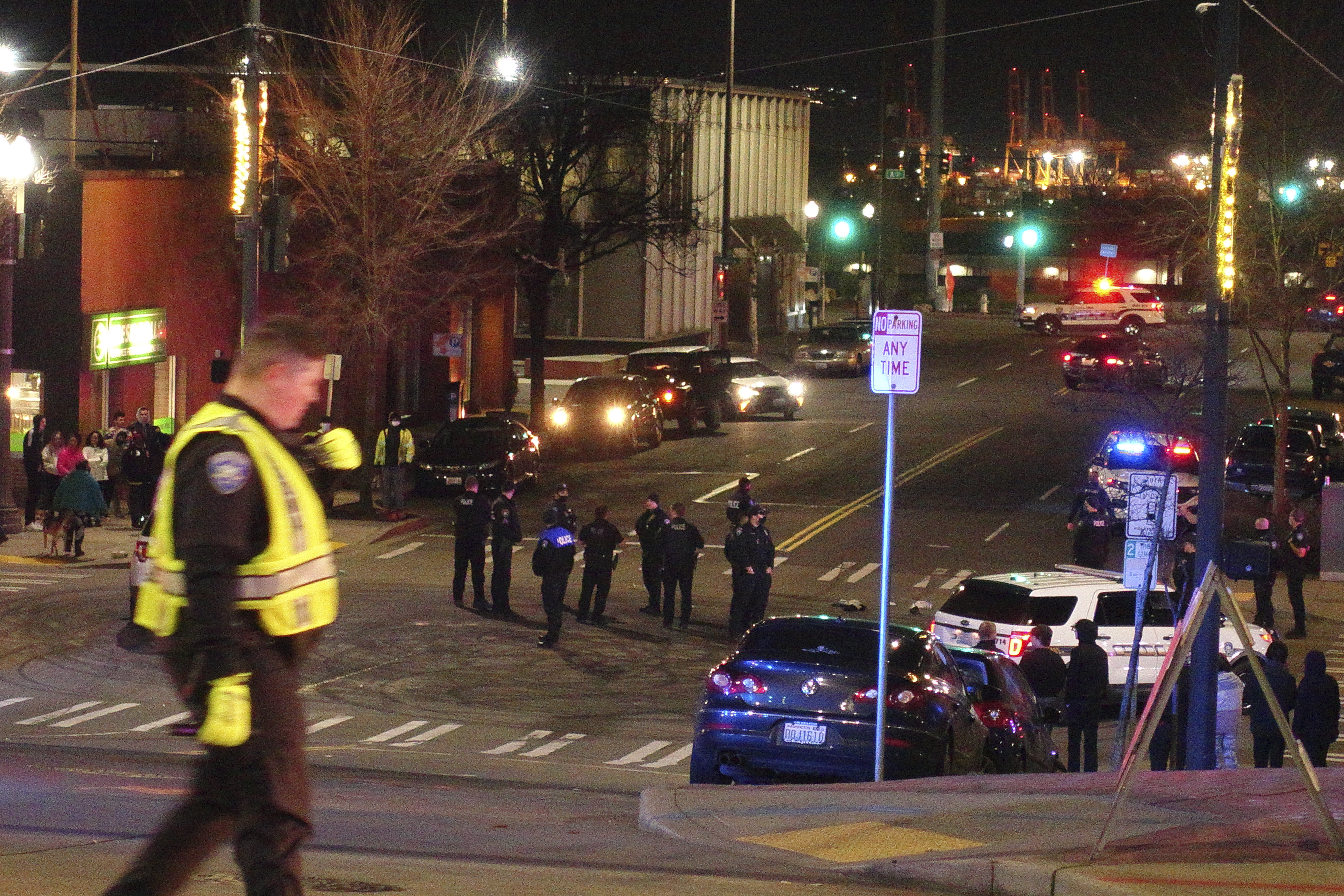 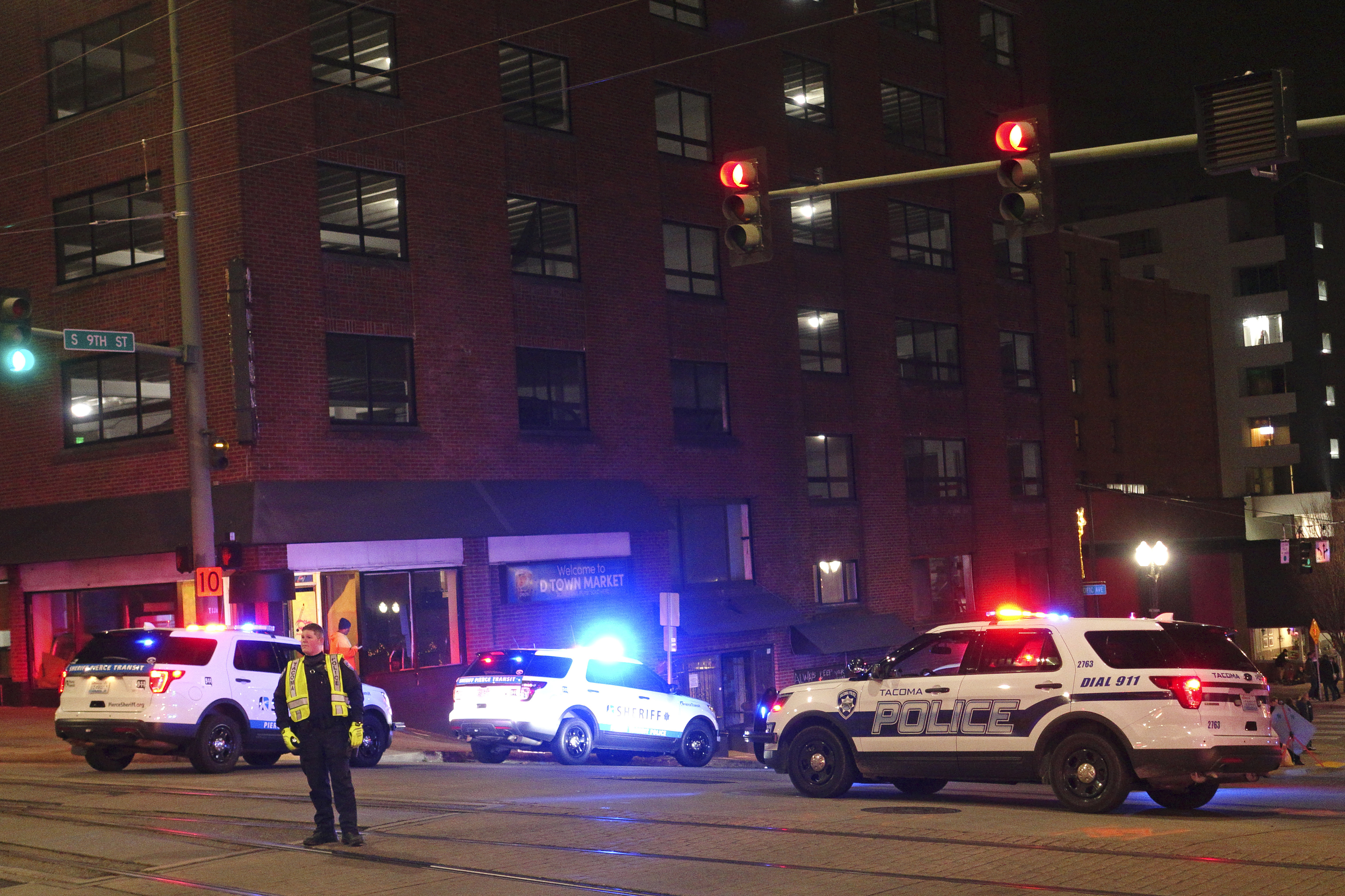 The officer then “stopped at a point of safety” and called for help, Tacoma Police said.

Social media posts and accounts from bystanders suggest the person who was driven over by the cop’s car has not suffered any life threatening injuries.

Before the incident, about 100 people had stopped to watch drivers perform circular “burnouts”.

The racers revved their engines as the cars spun round the intersection – as in the Hollywood blockbuster film Fast and Furious.

But a Tacoma police vehicle soon appeared on the scene.

According to the witness, people began to gather near the police vehicle.

Mark, a witness, told the News Tribune: “A lot of people swarmed in that direction (of the police car).

“They were intending to block him.”

But the car rammed through the crowds, before driving over one bystander who was lying on the road.

Matthew Harrington claims to be one of the bystanders mowed down by the police car – though he doesn’t seem to have suffered serious injuries.

Harrington posted pictures and footage on Facebook, suggesting he was part of last night’s crowd.

In the video, the police car approaches before ramming into the crowd.

Harrington, who is not seen in the clip, appears to be sent flying to the pavement – but continues to record the incident.

Harrington claims on his Facebook page: “I was ran over by the Tacoma Police at 6:30pm 1/23/21 on pacific and 9th Street downtown Tacoma Wa.”

Protesters began to gather at the scene on Saturday night.

Tacoma Police Chief Mike Ake said that the incident will be investigated as “deadly force”.

He said: “I am concerned that our department is experiencing another use of deadly force incident.

“I send my thoughts to anyone who was injured in tonight's event, and am committed to our Department's full cooperation in the independent investigation and to assess the actions of the department's response during the incident.”

City Manager Elizabeth Pauli told the News Tribune that the officer involved will be put on leave.

car, cop, I, moment, rams, SHOCKING
You may also like: