THIS is the shocking moment a McDonald's security guard batters a woman who threw the remains of her drink over him.

The unidentified woman was filmed throwing a cup of liquid at the guard outside a branch of the fast-food chain in Birmingham city centre about 4.30am. 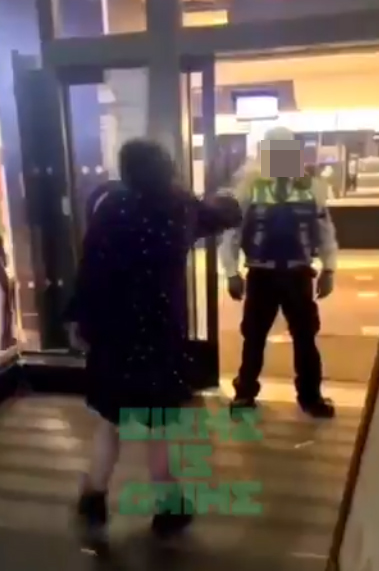 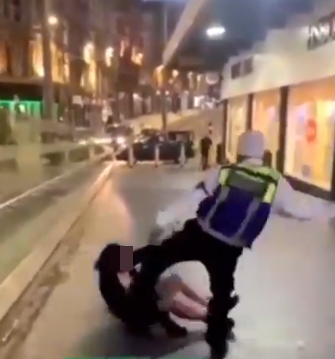 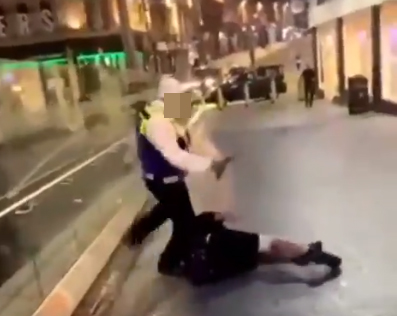 The footage is now being investigated by cops.

It is unclear what the woman was saying to the security guard but she seems to be egged on by someone filming her.

In the clip, she can then be seen hurling what appears to be a cup of ice at the security guard who immediately grabs a large baton and chases after her.

He starts repeatedly battering her in the back and face with the baton before she falls to the ground.

Do you know who was involved? Contact The Sun Online: email [email protected]

The woman then sits up and appears to laugh.

But when the woman shouts something, he turns on his heels and pulls his left leg back to kick her again — with the impact making a sickening thud.

The footage uploaded to the Birmz is Grime blog ends while the woman remains on the ground beside the restaurant next to Birmingham's New Street station.

The horrifying footage has sparked an angry reaction online.

Writing on Twitter, one said: "Totally not acceptable behaviour that's a serious assault on a member of the public."

Another said: "That's just so disgusting and vile on all levels."

West Midlands Police said: "We’re aware of a video circulating online which shows disorder outside McDonald's in Birmingham city centre, at around 4.30am this morning

"Enquires are underway and we’d urge anyone with any information to contact us via 101, quoting log number 749 of 27 June."

A McDonald's spokeperson said: "This incident is subject to an ongoing Police investigation.

"We have a zero-tolerance approach to violence or abuse of any kind and will cooperate fully with Police enquiries." 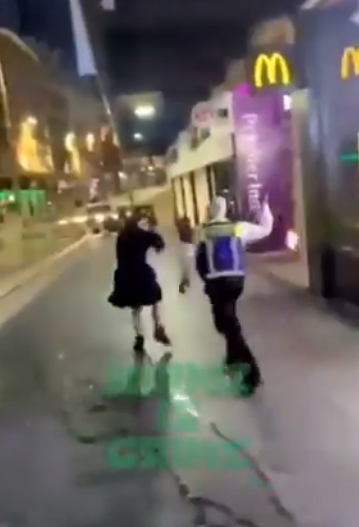