The celebrated writer-producer was recently declared "TV's Greatest" by Time magazine, and the television mogul — responsible for some of the most successful shows of the past decade — spoke with the publication about her career, the types of characters she creates, and her views on gender disparity in Hollywood and culture at large.

Rhimes cultivated a number of very popular characters while working with ABC, including Meredith Grey (Ellen Pompeo) from Grey's Anatomy, Annalise Keating (Viola Davis) from How to Get Away With Murder, and Olivia Pope (Kerry Washington) from Scandal.

However, Rhimes is very forward about her feelings towards strong women being characterized and compartmentalize with pop rhetoric and broad generalizations.

"I think the girlboss archetype is bulls**t that men have created to find another way to make women sound bad," Rhimes says in the profile, adding that the term has become "a nice catchphrase to grab a bunch of women into one group and say, ‘This is what women are doing right now.’"

"Nobody ever says, 'This is what men are doing right now,'" Rhimes adds, demonstrating the disparity between the depiction of strong men versus strong women in the public eye. 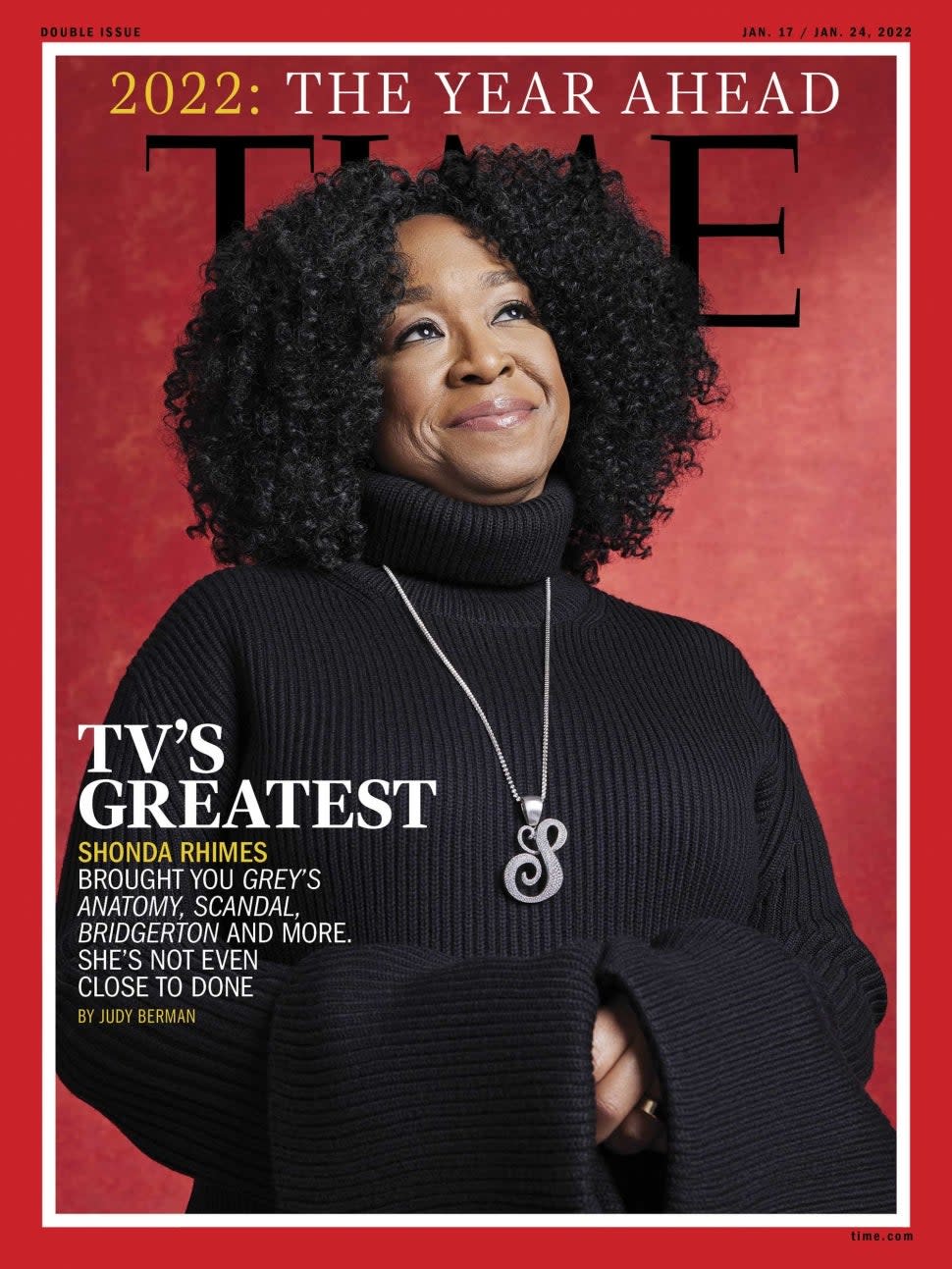 That being said, Rhimes also stresses that, when it comes to her work and the show's she's creating, she's not trying to proselytize or push agendas, outside of simply expressing herself.

And as a single mother of two, she runs things her way. "I don’t want to sound sexist, but I never tried to lead like a man…I was a single mom with kids. The idea that I would lead any differently than my needs required never occurred to me," she explains. "…I don’t think anybody who has kids is fully present at work. The idea of pretending that we have no other life is some sort of fantasy out of the 1950s, where the little lady stayed at home. I don’t have a little lady at home. So if I am excelling at one thing, something else is falling off. And that is completely OK."

Check out the 51-year-old showrunner's full profile in Time magazine, which hits newsstands on Jan. 7.