John Tingle, the founder of the Shooters Party, died on Friday at age 90, his daughter ABC journalist Laura Tingle said on Saturday morning.

A former broadcaster, Tingle founded the Shooters Party – now the Shooters, Fishers and Farmers Party – in 1992 and was elected to NSW upper house in 1995 and for 11 years served as the party’s lone parliamentary representative.

“I said: ‘Look, Ted, if you bring in these laws shooters will go political.’ He replied: ′No they won’t, they’re too disorganised, too inert, too lazy to get off their bums and do anything,” he told the Herald when he announced his retirement in 2005.

“By the end of the week we had 1000 members. I didn’t really want to start a political party. It was a joke to put the wind up Ted, but it took off, and I got stuck with it,” he said. 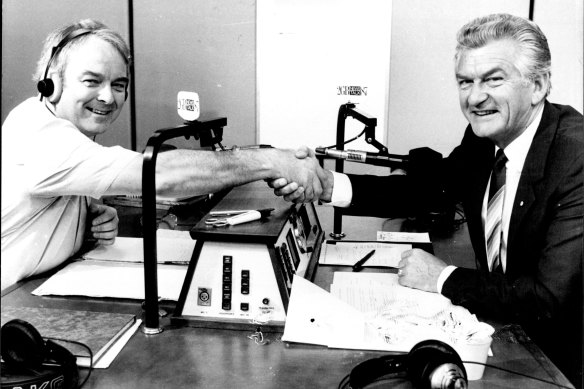 Before entering politics, Tingle had a long career as a broadcaster including at the ABC, 2GB and 2CH.

“He was my greatest urger- on, fan and critic in my professional life and so proud I had followed him into journalism,” Laura wrote in a tribute to her father on Saturday morning.

“He taught me at 15 what was the most important question to ask, cheered me on to tackle the small and mean people in politics, and to not be afraid to celebrate the transformative people and moments it sometimes give us. And to always report what you believe to be true.”