VLADIMIR Putin appeared in pain as he repeatedly rubbed his hand while blasting his deputy prime minister over Russia's humiliation in Ukraine.

Rumours have persisted that Putin, 70, is "critically ill"and has been receiving treatment for cancer. 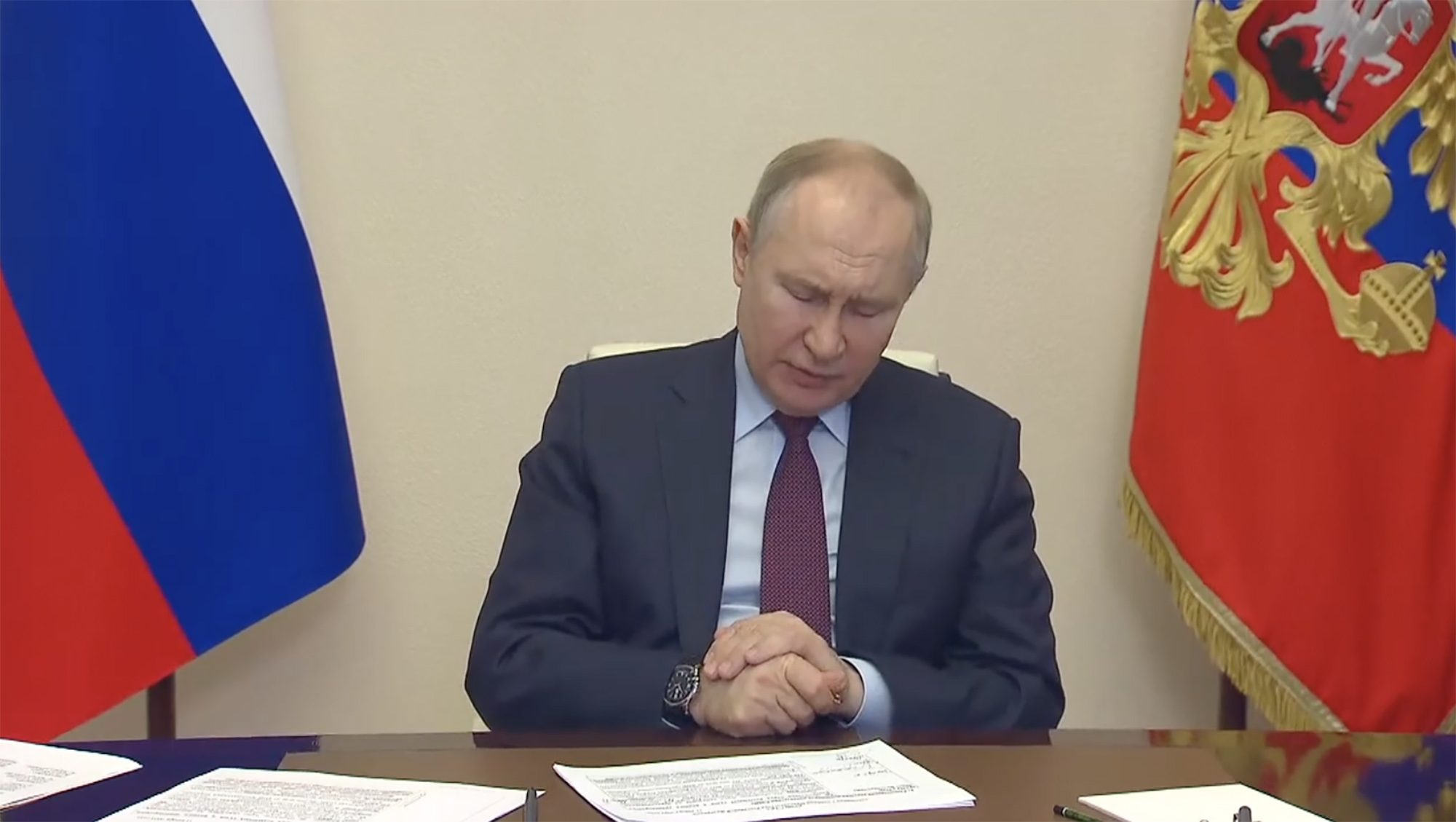 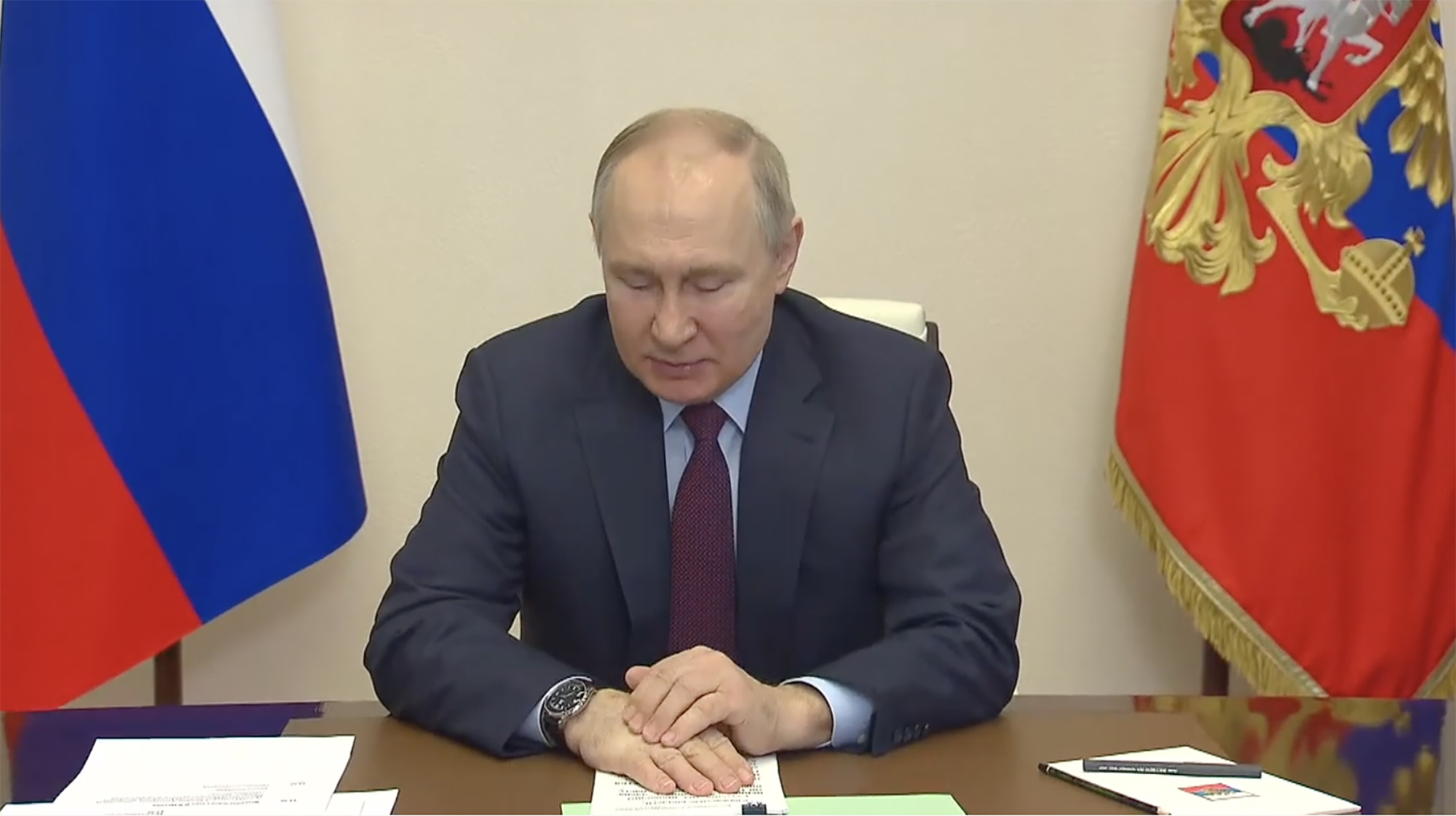 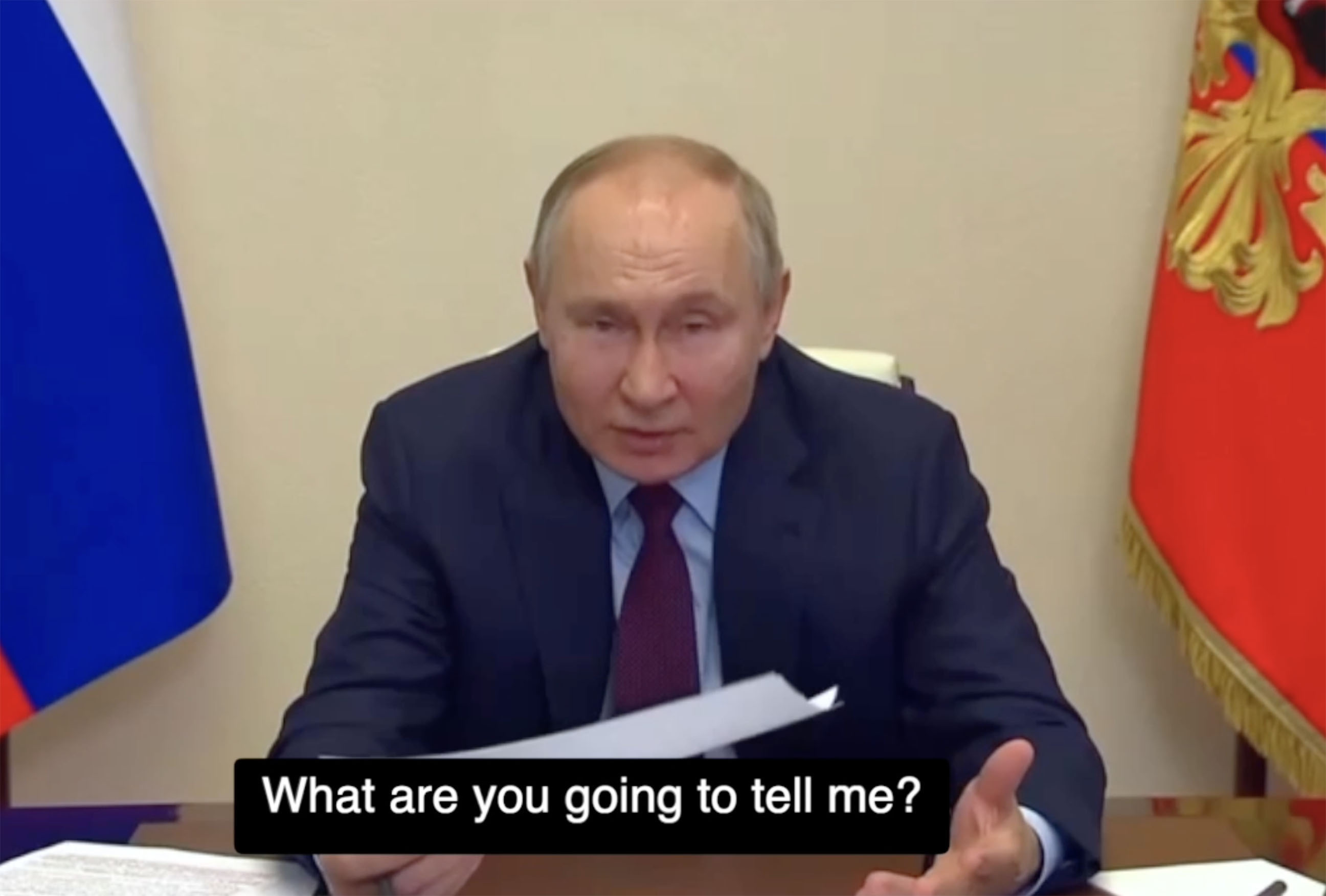 Bombshell spy documents leaked to The Sun appeared to confirm he has pancreatic cancer and early-stage Parkinson's disease.

Fresh footage issued by the Kremlin shows the tyrant constantly rubbing the back of his right hand during a virtual meeting with Russian government officials.

At other times he seemed to massage the back of his left hand with the fingers of his right hand as he spoke to his ministers. 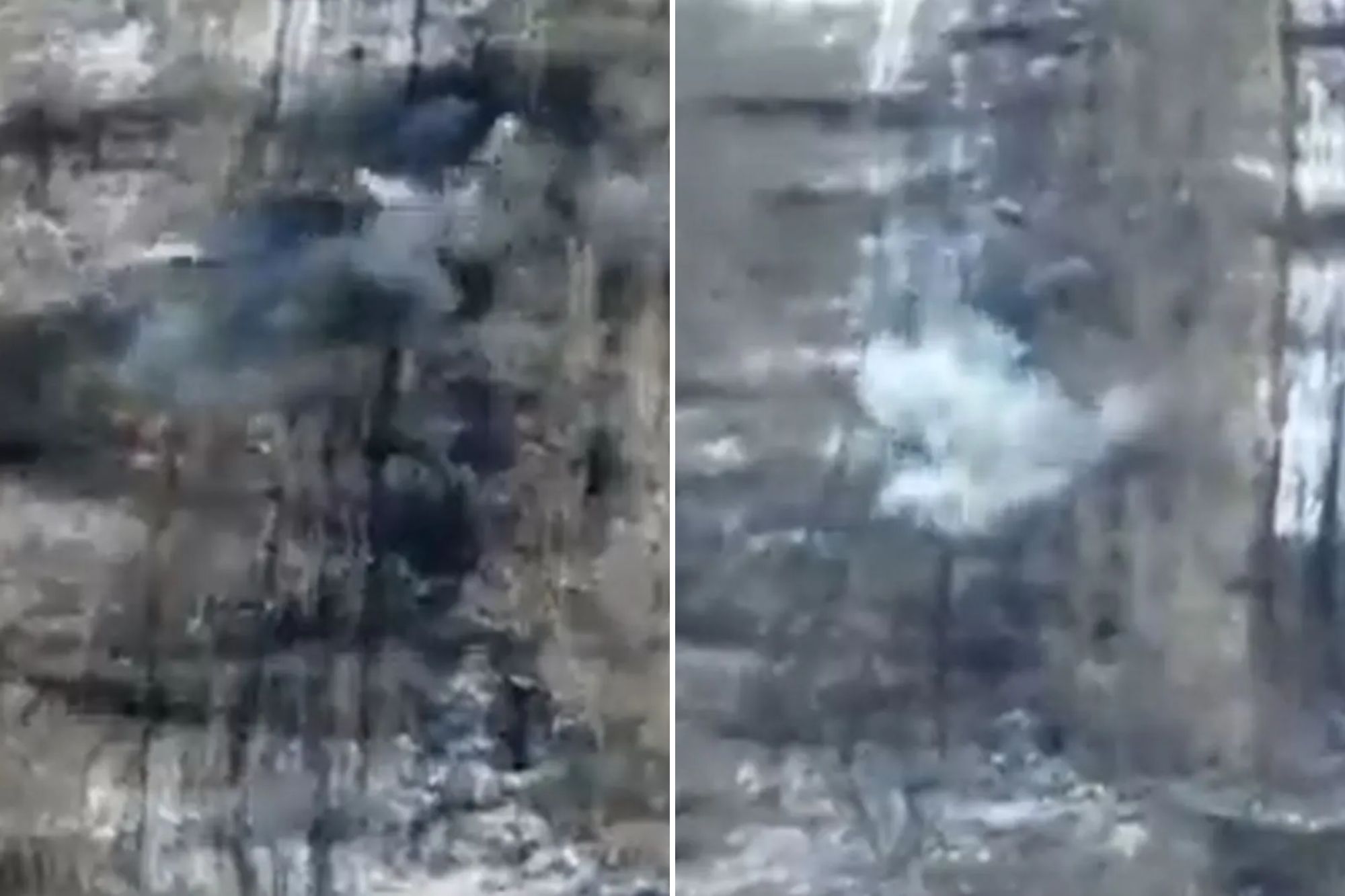 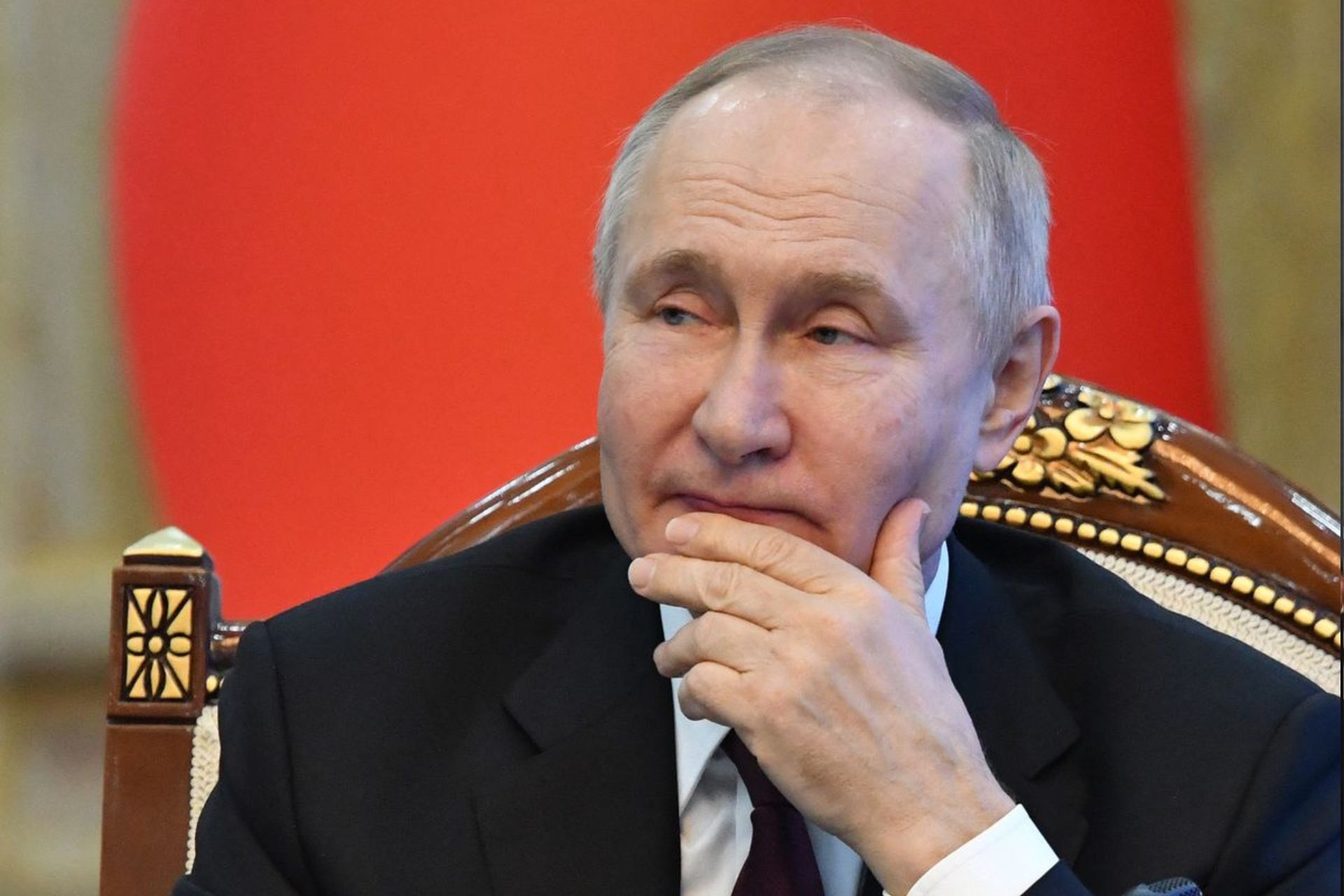 He is also prone to clutch the corners of desks with his right hand, which some have suggested is a move to stop it quivering or shaking.

At other points in the new footage he clasps his hands together.

He is also seen making a tight fist with his left hand as he spoke to his underlings.

There has been speculation over Putin's health, with the one-time macho action man no longer seen playing ice hockey, or going topless on horseback.

NO JOKE FOR VEGAS 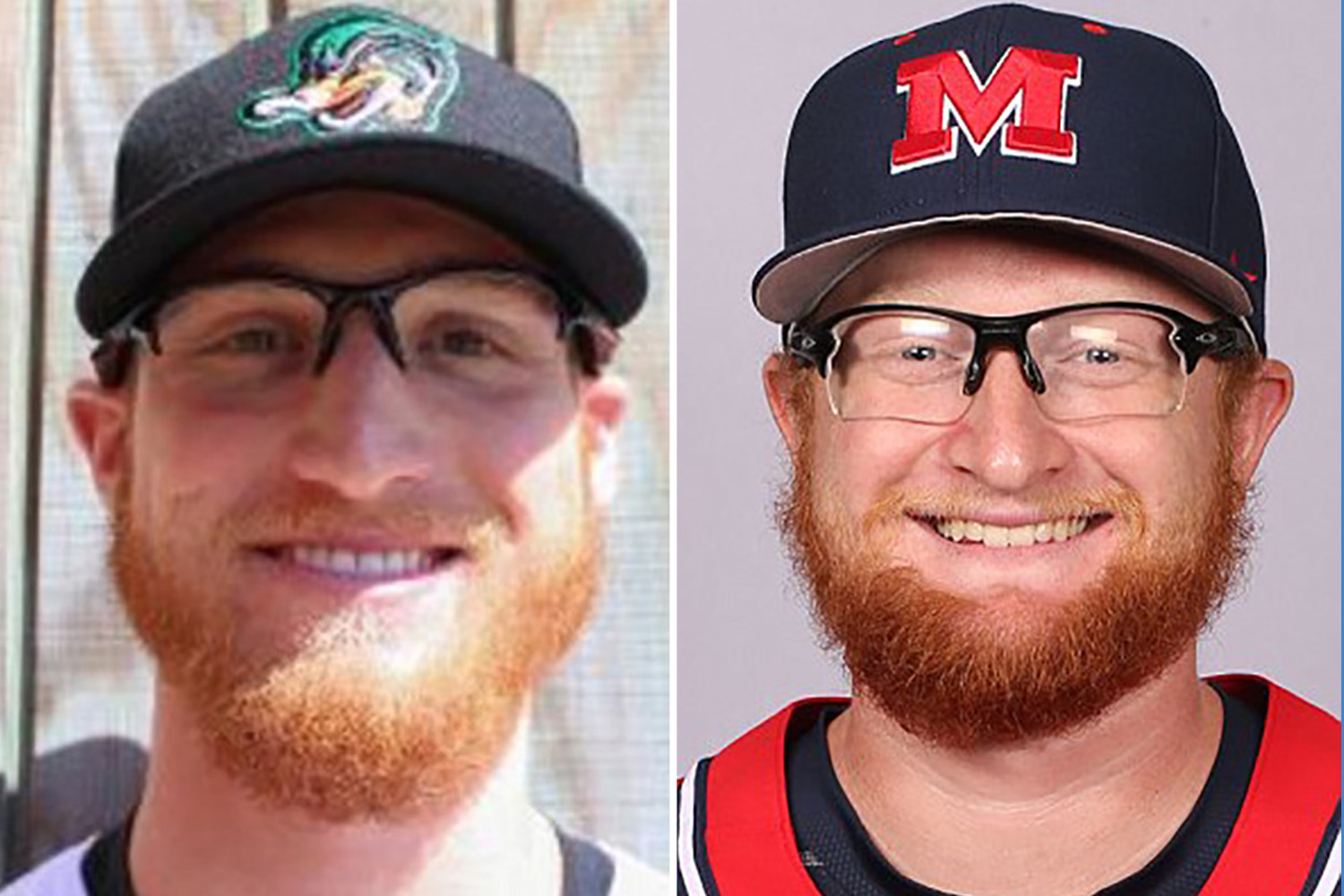 During the meeting, Putin showed his rage at Russia's collapsing economy and failing war effort as he publicly humiliated a deputy prime minister and again shook up his high command.

He accused him of playing the fool after the multi-millionaire politician, a deputy PM and Trade and Industry Minister, flew on holiday to NATO country Turkey over New Year.

A video shows an aggrieved Putin berating him, saying: “There are no contracts.

“What are you going to tell me?

“I know there are no contracts at the companies, the directors told me.

“Why are you really fooling around?”

He told the hapless minister that he had one month to sort out the mess which has led to a shortage of military planes for the airforce, and a failure to supply new aircraft to civilian companies that are hit by Western sanctions.

“Don't we understand in what conditions we're living?”

The chastened Manturov was seen bowing his head.

Panicked Putin also shook up his military command structure as he demoted his top general over his failure in Ukraine.

Sergei Shurovikin, nicknamed "General Armageddon" after a series of humiliations for Russian troops on the battlefield, has been replaced.

He has been dumped just three months after his initial appointment as the head of the invasion force in favour of Valery Gerasimov.

Gerasimov, a highly decorated general in the Russian Army, has been appointed to the post of Commander of the Joint Group of Troops (Forces), with Shurovikin named as one of his deputies

Surovikin – aka General Armageddon – was made his deputy in an announcement issued not by Putin but by defence minister Sergei Shoigu, who has also faced strong criticism.

The defence ministry said: "The increase in the level of leadership of the special operation is linked to the expansion of the scale of the tasks at hand and the need for closer interaction between troops." 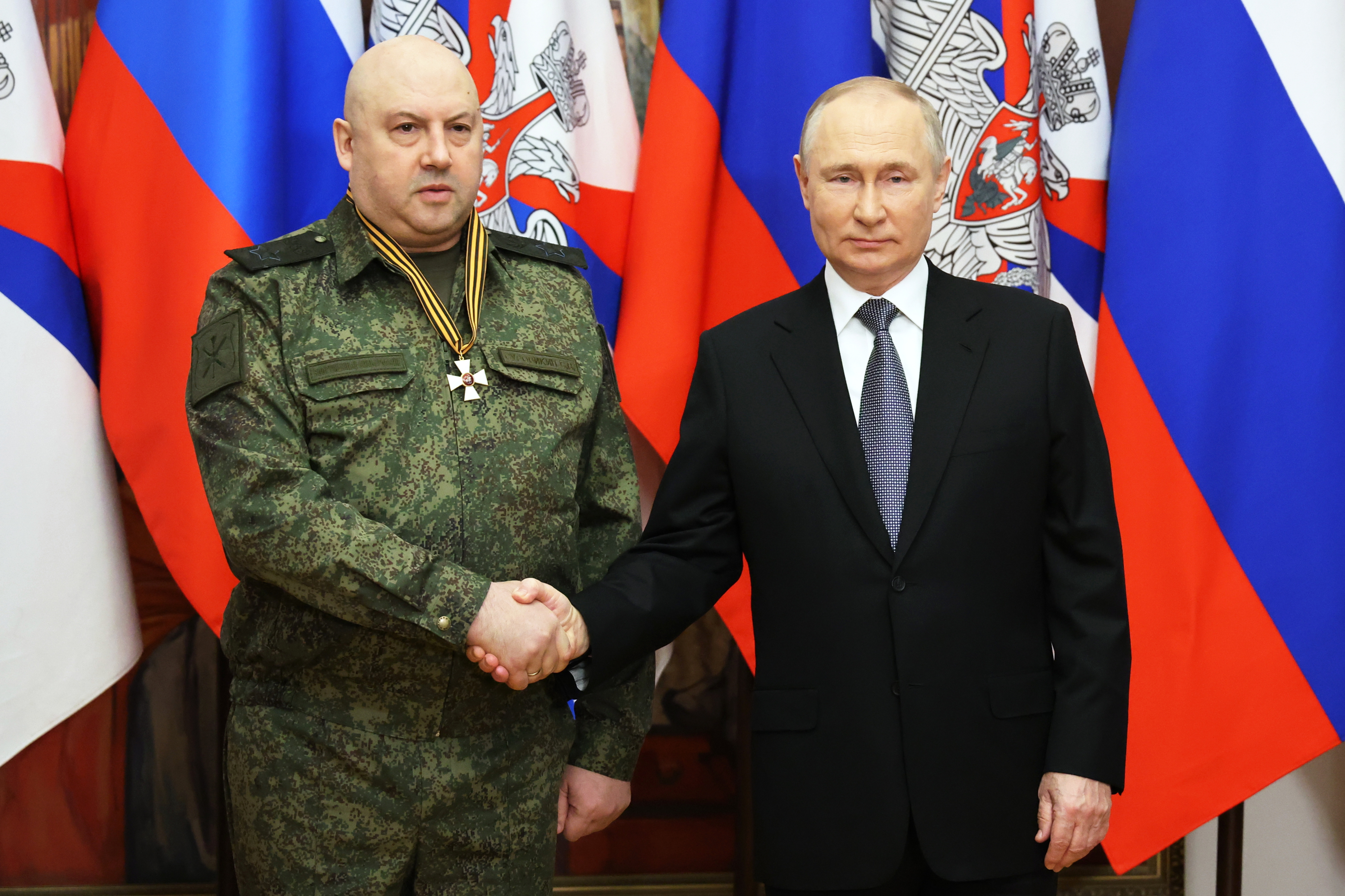