‘Silent, hidden and deathly pandemic’: Coercive control should be made a crime, inquiry finds

Controlling a partner’s finances, monitoring where they go and other forms of coercive control should be made a crime, an eight-month NSW parliamentary inquiry has found.

The recommendation is among 22 others to emerge from the Joint Select Committee on Coercive Control, which started in October last year, which heard evidence from more than 100 witnesses across the state and received more than 150 submissions.

“It is no exaggeration, [coercive control] is a silent, hidden and deathly pandemic. Like a canary in a coal mine, the statistics are our warning that we have an opportunity to act,” the report notes. 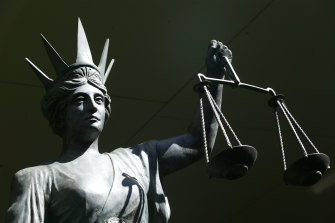 Creating a standalone offence of coercive control is the central and unanimous recommendation of an eight-month parliamentary committee that handed down its 23 recommendations on Wednesday.Credit:Louie Douvis

The other recommendations include that the government should increase the maximum penalty for contravening an apprehended violence order, run awareness campaigns for diverse communities and improve resources for women’s domestic violence court advocacy services, including in rural and regional areas.

Coercive control is a form of domestic abuse in which the perpetrator asserts dominance and control over someone through repeated patterns of abusive behaviour.

“We heard evidence of terror, murder, and heartbreak, and of bare survival in the lives of women and children. It became apparent that we have an obligation to do more to address a very obvious gap in current laws,” Committee chair and Liberal MP Natalie Ward said.

In one case, a woman said her partner woke her up several times in the middle of the night by pushing her out of bed, pulling her hair or pouring freezing water on her. She felt constantly exhausted, lost her job and stopped seeing family and friends.

The Domestic Violence Death Review Team found 111 of 112 instances of intimate partner homicides between 2008 and 2016 in NSW were preceded by coercive control.

“Given the facts, we cannot ignore this phenomenon,” Ms Ward said.

Tasmania is the only jurisdiction in Australia with specific offences that address coercive and controlling behaviours.

However, the 191-page report notes that criminalising coercive control should not occur without a “prior program of education, training and consultation with police, stakeholders and the frontline sector”.

NSW Attorney-General and Minister for Prevention of Domestic Violence Mark Speakman said the inquiry illustrated the need to continue improving how the justice system responded to domestic and family violence.

“The NSW government will consider the findings and recommendations of this substantial body of work, with the care and diligence it deserves,” he said.

“I said at the outset that any legislative reform must be approached with great care and caution, because there are no easy answers. Any response must ensure it does not have the unintended consequence of further hurting those in our community we are seeking to help.”

The domestic violence sector has welcomed the report.

“It’s important to criminalise coercive and controlling behaviours so we can reshape the Australian public’s understanding of what constitutes a health and unhealthy relationship and move towards a collective understanding that domestic abuse is not always an incident of physical violence,” executive director of White Ribbon Australia Brad Chilcott said.

And, deathly, hidden, pa, silent
You may also like: