Single man, 23, who has never had a girlfriend buys billboard advert in bid to find love.. and is now arranging dates with four women

A 23-year-old man who has never been on a date is ‘advertising’ himself on a motorway billboard in a bid to bag himself a girlfriend.

Ed Chapman, from Leeds, West Yorks, has been single all his life and has not had any luck with mainstream methods of finding love such as dating apps.

He decided it was time to step outside of the box and use a different avenue – by promoting himself on a giant billboard on the M621 going into Leeds with the hope of finally being able to go on his first date.

Ed, who surprised his family with his mission, said he’s received an influx of messages from people between the ages of 18 and 48 and is now busy arranging his first date.

‘I reached an age where I thought I at least should have been on one date before,’ he said. 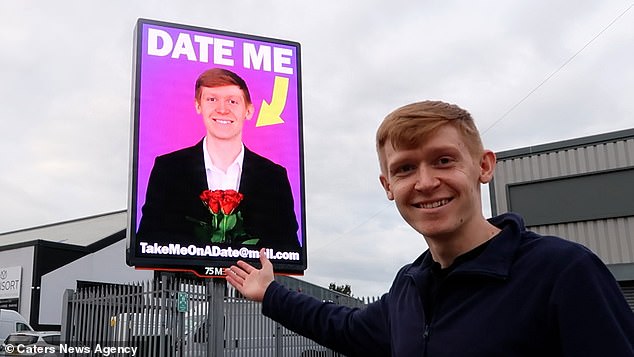 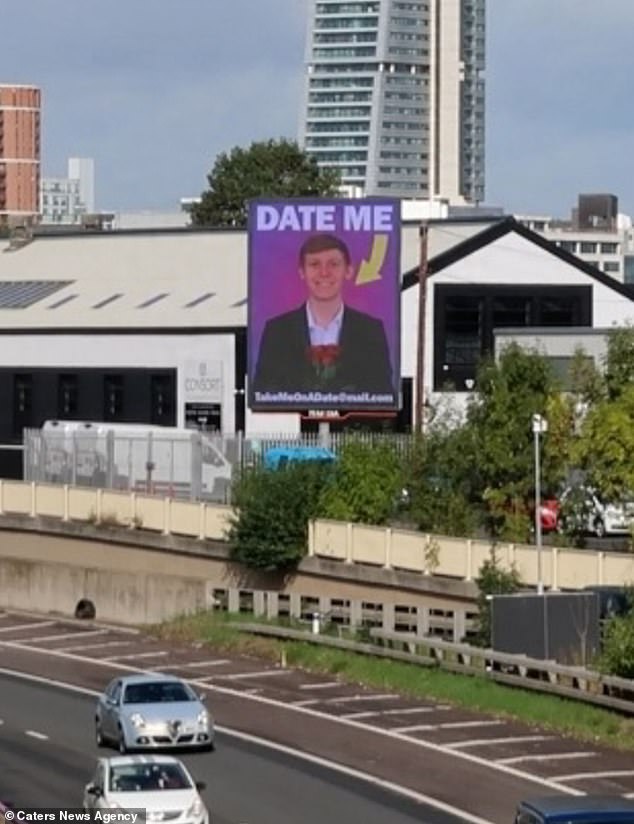 ‘But I’ve been single for all of my 23 years and I’m ready to find someone to hopefully be in a relationship with.

‘I had tried some dating apps, but it didn’t go well for me at all, so I decided I needed to try something different and thought having my own billboard would be a good way of meeting people.

‘I didn’t think it would be possible because I got knocked back by a few companies until I found one, 75media, that agreed to let me use the billboard for a week.

‘I received my first message on the same day the billboard went live and since then, I’ve had a few messages from women between the ages of 18 to 48. It’s quite a mix.

‘There are four women who I’ve been speaking to and they’re all keen to go on a date with me. I’m looking forward to arranging my first dates with them.

‘It’s really exciting and a sign there’s something positive to come.

‘I’m obviously a little bit nervous to go on my first ever date, but it should be good.’ 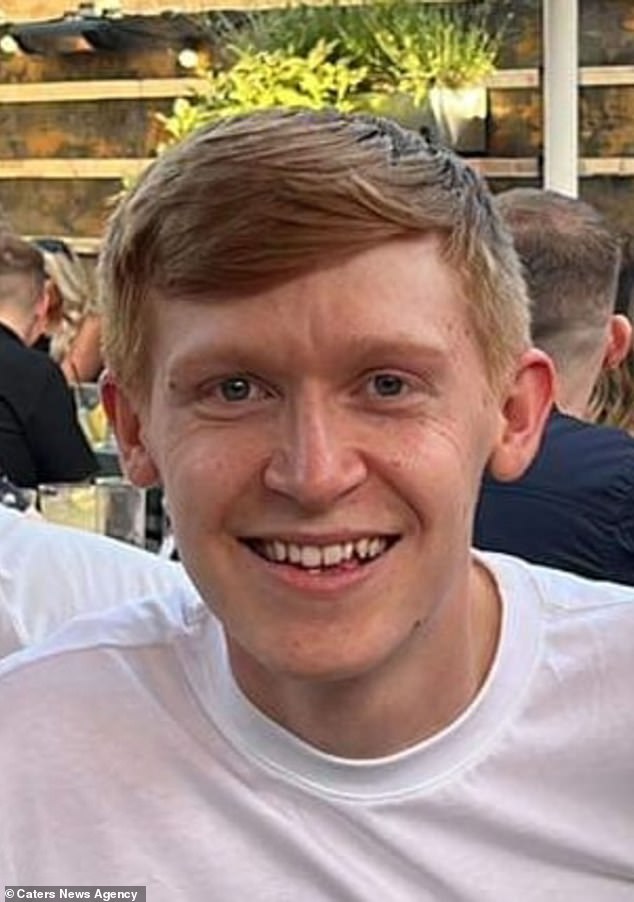 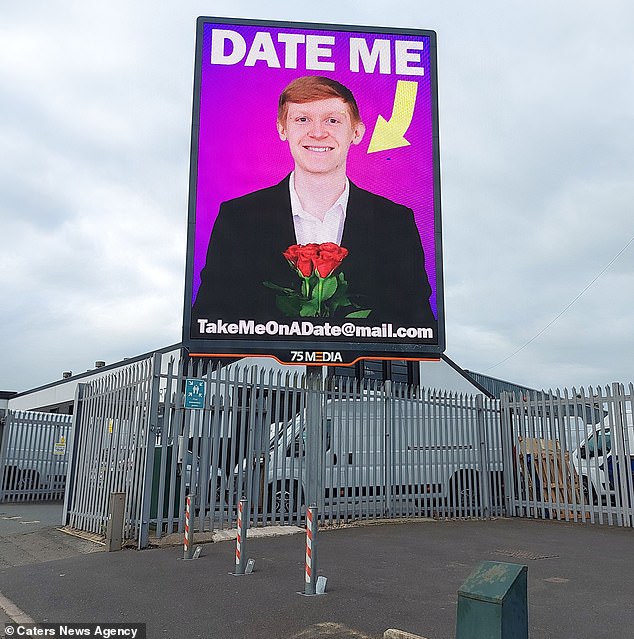 The idea first sprung to Ed’s mind as he was walking around Leeds city centre and seeing lots of big billboards.

Although it’s not a traditional dating method, he thinks it incorporates his fun personality and outlook on life.

Ed, a content creator, said: ‘It’s something silly and I don’t like to take life too seriously, so I think using a billboard to find a girlfriend reflects that.

‘I made the design of the billboard myself and took my own picture which was one of the hardest things.

‘I went through multiple outfits and poses and made sure I got a haircut before taking the picture.

‘It took a few attempts but luckily I managed to get one that was good enough.

‘I wanted the message to be clear and for it to be obvious what I was looking for.

‘It includes an email address, and I have also been promoting it on my social media, so I’ve received a few direct messages too.

‘I’ve never been in a relationship or even been on a date, so I thought I’d make a big thing of it and make the search nationwide.

‘The billboard is on the M621 on the way into Leeds and it’s much bigger than I expected.

‘I couldn’t have done this without 75edia, a Leeds-based outdoor advertising operator who have billboards across the North of England and in major towns and cities across the UK.

‘I’m grateful they gave me to opportunity.’ 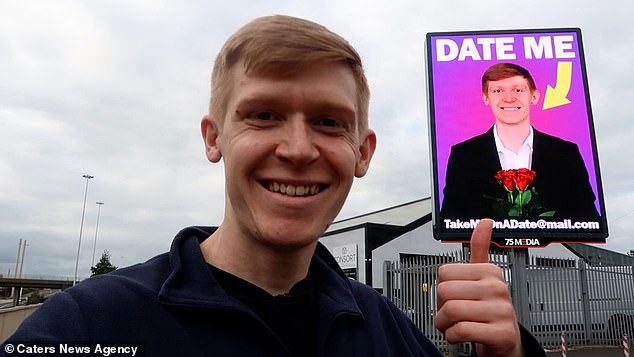 ‘It’s a great sign people have been in touch with me and shows me it’s not going to be doom and gloom forever in regard to my love life,’ Ed said

Ed says he’s glad he pushed himself out of his comfort zone and is excited with the upcoming dates on the horizon.

He said the women who have been in touch with him think the billboard was a great idea and found it funny.

‘They also thought it was great I was putting myself out there and is what they’re looking for in a potential partner,’ Ed added.

‘I’d love a relationship and I’m looking for something long-term. I think for my first date, depending on who it’s with, we’ll go out for some drinks or perhaps a nice walk somewhere – or maybe even a bit of crazy golf?

‘It’s a great sign people have been in touch with me and shows me it’s not going to be doom and gloom forever in regard to my love life.

‘My family were really surprised I’d done this. I didn’t tell them about it at first. They found out through other people, so it was a shock.

‘They thought it was funny, but they’re happy I’m trying to find someone, even if it’s in quite an unorthodox way.’