Small storm over a port as Geelong prepares for Spirit switch

Regular passengers are fuming over the looming end of the ferry service between Melbourne and Devonport, with some Port Melbourne business owners worried about their futures.

After 37 years, the Victorian base for the Spirit of Tasmania’s regular service from Devonport is moving next month from Station Pier at Port Melbourne to Geelong. 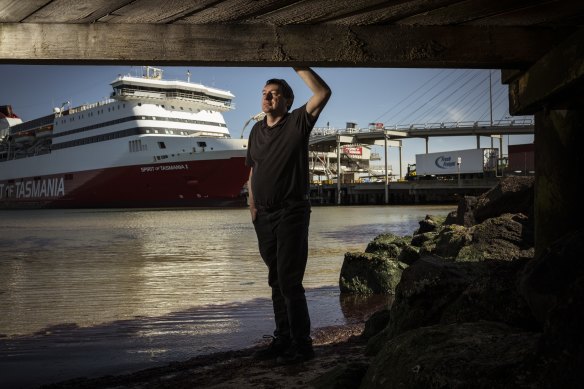 Damien Stevens is a regular passenger on the Spirit of Tasmania and said it will be difficult to access the ferry in Geelong. Credit:Chris Hopkins

“It’s a bit sad because it’s like the end of an era docking at Port Melbourne,” said Damien Stevens who is a regular passenger on the ferries. “There are a lot of people in my boat too and they want to go to Station Pier.”

Stevens, who visits Tasmania for holidays said it will take him two hours to get from his home to the ferry rather than the current 45-minute journey. He has only 35 per cent hearing in his right ear and said it was difficult for him to fly to Tasmania.

“I prefer to go by ship as I don’t want to risk the air pressure in the plane impacting my hearing,” he said.

Nigel Spragg said he and his family were unlikely to use the Spirit of Tasmania once it shifts to Geelong on October 22.

“The Tassie ferries have been here my whole life, they were part of my childhood. When the departing horn blew, I knew to leave the beach and go home for dinner.”

“The additional travel, accommodation costs and inconvenience just cannot justify us sailing anymore,” he said. “With the cost of living only heading one way, it’s now much cheaper to fly and hire a car.”

The shift to Geelong was announced in 2020 and a new $135 million, 12-hectare passenger and freight terminal has been built in North Geelong, where the Spirit of Tasmania will dock.

Michael Grainger, chairman of TT Line, the operator of the Spirit of Tasmania, said in a statement the move would enable the company to provide a better experience for passengers and expand its freight offering.

“The company’s operations are often negatively impacted by significant congestion in the greater Port Melbourne area, particularly when cruise ships are in port, that causes delays in loading and discharge of passengers,” he said. “Further, it is our view that these issues will only worsen in the future.” 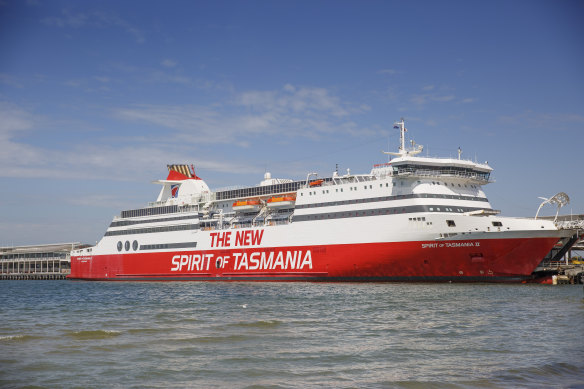 Spirit of Tasmania’s operator TT Line said the move enabled the company to provide a better experience for passengers and expand its freight offering.

“It is very, very important we have a cost-effective dock,” Gutwein said at the time the move was announced. “[The operators of Station Pier] want to price gouge. They are looking to take every last cent they possibly can from Tasmanian businesses and customers.”

“Ports Victoria will continue to maintain the heritage-listed Station Pier to ensure it continues to meet the needs of our cruise customers and the community, and that its heritage is protected,” he said.

Webb defended the pier’s facilities after the Tourism Industry Council of Tasmania criticised it for “1950’s infrastructure”.

“Over the last five years, more than $38 million has been spent on the ongoing maintenance program for the pier,” he said.

Webb said Station Pier would still be well used with the return of cruise ships to Melbourne this week and 2022-23 season bookings for the pier were at pre-COVID-19 levels with 112 cruise ship visits scheduled.

Many Geelong residents have welcomed the move but Melburnians who live near Station Pier are concerned about the change and bayside resident Paul Bermano was one of many to post about his disappointment on social media.

“The Tassie ferries have been here my whole life, they were part of my childhood,” he said. “When the departing horn blew, I knew to leave the beach and go home for dinner. It will be a sad day for me.”

Sam Zeneldin, has run Mr Hobson cafe on Station Pier for 20 years and said the Spirit of Tasmania was an institution for the area.

“It will be disappointing to let it go because it was such an attraction and so central for people to travel,” he said. “It doesn’t matter if we are happy or not happy, we don’t count.”