A drought-stricken Northwest is forecast to see some high elevation snow this weekend with the arrival of cooler temperatures.

While heavy precipitation continues to drench the Southeast on Friday, the National Weather Service (NWS) said that a strong cold front would bring rain and some high elevation snow to the Northwest, even as a widespread elevated fire threat is possible from the Great Basin into the Northern and Central Plains.

“A strong storm system will bring heavy rain and even some high elevation snow to the Pacific Northwest/Northern Rockies this weekend. While this rain will be beneficial for a region that has seen hot/dry conditions this summer, isolated instances of flooding will be a concern,” the NWS Weather Prediction Center tweeted on Thursday.

With the fall season beginning next week, AccuWeather meteorologists predict that there will be some “high-country snow in British Columbia and the Washington Cascades with the storm from Friday to Sunday” and that the jet stream pattern could amplify to the point to allow cooler air and moisture to “bring the first snow of the season to portions of the Rocky Mountains from Idaho and Montana into Wyoming, northern Utah and northern and central Colorado by early next week.”

“If things pan out the way we believe from Sunday night to Monday evening, then snow levels could dip to 6,500 feet from Montana to Colorado,” AccuWeather senior meteorologist Brett Anderson said in a post on the site.

The region has seen little relief from the summer’s life-threatening heat waves that killed more than 200 people across Oregon and Washington in June and damaged cherries grown in the Yakima Valley and the Northwest in late June and early July.

The NOAA National Centers for Environmental Information reported earlier this month that summer 2021 had essentially tied 1936 for the warmest summer on record. 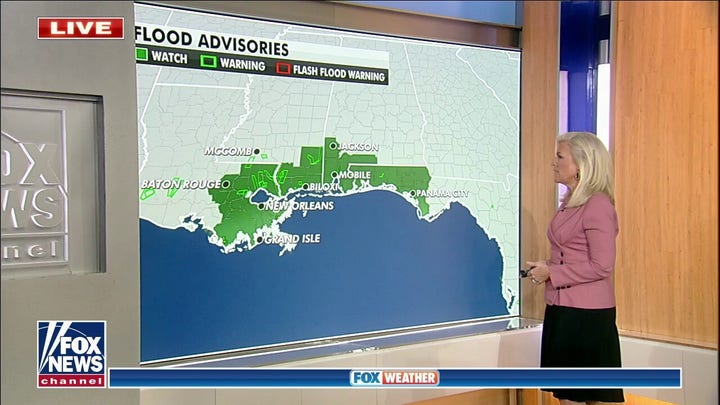 “During meteorological summer (June-August), the average temperature for the Lower 48 was 74.0°F, 2.6°F above average, nominally eclipsing the extreme heat of the Dust Bowl in 1936 by nearly 0.01°F and essentially tying 1936 for the warmest summer on record,” the agency wrote.

Temperatures in Montana and Colorado – which have remained in the 80s and 90s – will see a significant shift, Anderson wrote, with dips “10 [to] 20 degrees below average, and widespread rain showers are likely where it doesn’t snow.”

The cooler conditions are projected to aid thousands of wildland firefighters who are currently battling 77 large fires and complexes, according to the National Interagency Fire Center.

for, of, parts, possible, Snow, We’s
You may also like: