The number of hate crimes recorded by police has risen by more than a quarter in a year, new figures revealed today – with social media rows believed to be behind a 56 per cent increase in reports of transgender discrimination.

There were 155,841 offences recorded in England and Wales over the year to March, up 26 per cent from the previous year in the biggest rise for five years.

However, the Home Office said today it was unclear whether the increase was due to a genuine rise in hate offences or the result of better police recording and victims feeling more confident to come forward. 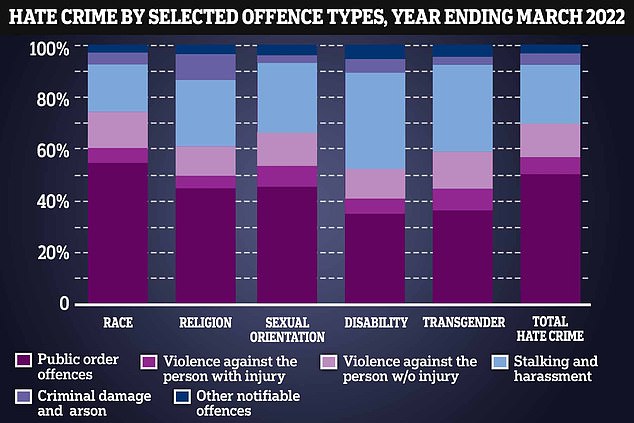 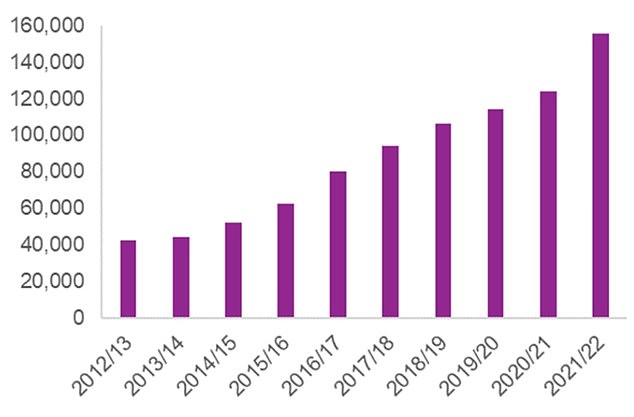 There were 155,841 offences recorded in England and Wales over the year to March, up 26 per cent from the previous year in the biggest rise for five years

Fewer hate crimes motivated by transgender identity were recorded compared with all other motivations, but this group saw the biggest percentage rise.

The Home Office said transgender issues have been ‘heavily discussed on social media’ over the last year, which may have led to an increase in related hate crimes.

The majority of hate crimes recorded by police were racially motivated – in line with previous years – and increased by 19% from the year ending 2021, the figures show.

Some crimes are recorded as having more than one motivating factor.

It is the first time the number of racially motivated hate crimes recorded over a year has topped 100,000.

Religious hate crimes rose by 37% to reach the highest level since records began in 2012.

Its report, published today, the Home Office said: ‘It is uncertain to what degree the increase in police-recorded hate crime is a genuine rise or due to continued recording improvements and more victims having the confidence to report these crimes to the police.’

The rise in the latest year was partly due to the ‘suppressant effect’ of public health restrictions in place during the pandemic, when lower levels of crime were recorded, it added.

Triggers for short-term, genuine rises in recent years include the EU referendum in June 2016, terror attacks in 2017, and the Black Lives Matter protests and far-right counter-protests in summer 2020.

Previous analysis also suggests that England’s defeat at the Euro football championships in July 2021 is likely to have contributed to a rise in racially and religiously aggravated offences, as did the easing of coronavirus restrictions. 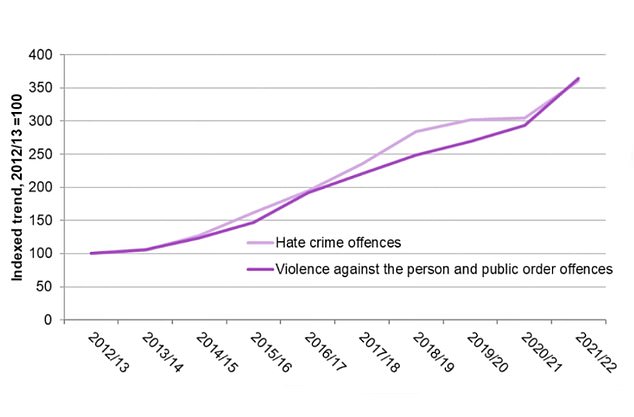 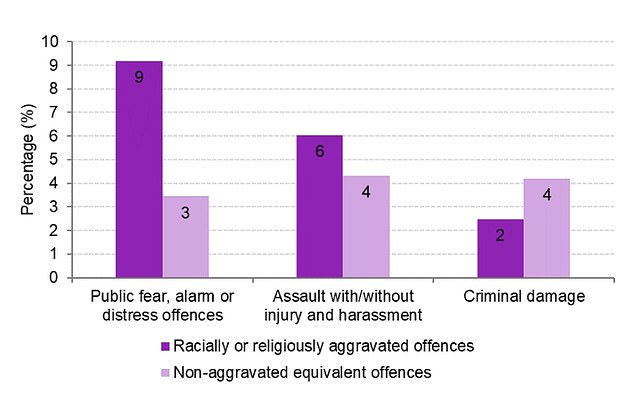 A separate freedom of information request by PA revealed that homophobic and transphobic hate crime recorded by police in the UK rose sharply between May and August 2021 after lockdown restrictions were eased.

According to analysis of figures submitted by 26 forces to the Home Office, 9% of hate crime flagged offences had been dealt with by a charge or summons, slightly below 10% in year ending March 2021.

Seven per cent of violence against the person offences, flagged as hate crimes, were dealt with by a charge or summons, as were 5% of criminal damage and arson hate crime flagged offences.

One in 10 public order offences flagged as hate crimes were dealt with by a charge or summons.

The Home Office said the most common outcome for violent offences was ‘evidential difficulties as the victim does not support action’ (30%).

Data from all police forces shows that 8% of racially or religiously aggravated offences recorded by police resulted in a charge and or summons in the year ending March 2022.

This is down from 12% in the previous year.

The Home Office said that evidence suggests a greater proportion of recorded crimes in recent years were for types of offence ‘which can be more challenging to investigate’. 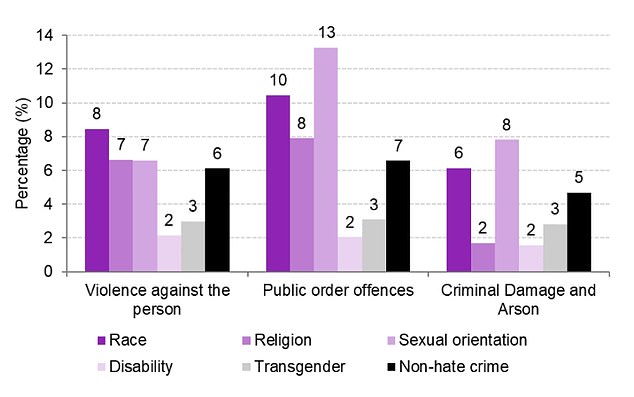 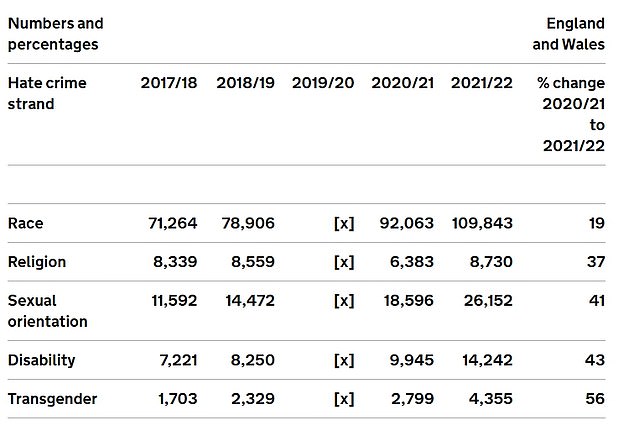