The solider who was in charge of all the military and ceremonial aspects of the Queen’s state funeral is swapping his redcoat for running attire as he prepares to run the London Marathon this weekend.

Garrison Sergeant Major (GSM) Andrew ‘Vern’ Stokes, of the Coldstream Guards, had the world’s eyes on him last Monday as he solemnly walked down The Mall for a final inspection ahead of the 4,000-strong military parade.

He wanted to walk the route one last time to ensure everything was in place, from the flags to the barriers, as well as ensuring medics and police officers were at their posts. 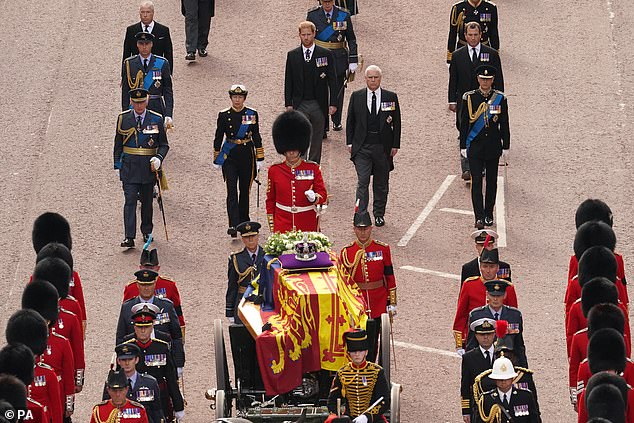 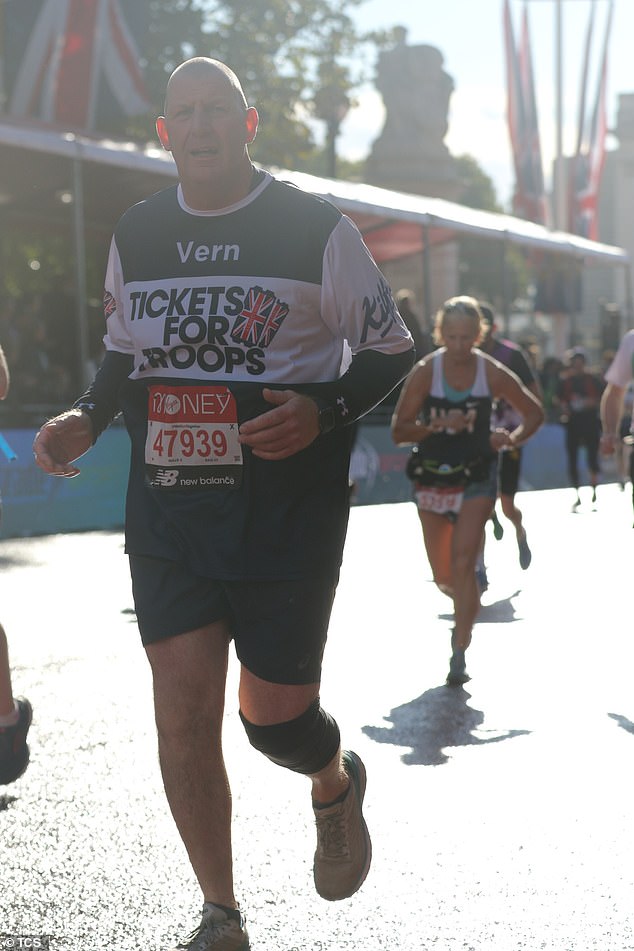 GSM Stokes was in charge of organising the military and ceremonial events for the Queen Elizabeth II’s funeral in both London and Windsor – where a further 1,000 army personnel took part – on Monday, September 19.

Just days earlier, he led members of the Royal family as they walked behind the Queen’s coffin, carried on a Gun Carriage of The King’s Troop Royal Horse Artillery, as it travelled from Buckingham Palace to Westminster Hall.

This Sunday, he is set to return to the The Mall on the last lap of the 26.2-mile marathon course that winds through the streets of the capital, starting in Greenwich before taking runners out to Woolwich and back into central London.

Speaking ahead of the marathon, GSM Stokes, who is raising money for charity, spoke of his ‘intense pride’ for his part in organising the Queen’s funeral which he said has helped ‘ignite renewed patriotism’ across Britain.

He said: ‘What is clear is that Her Majesty’s funeral and the ceremonial surrounding it galvanised the nation.’

GSM Stokes, from Shropshire, said that since the Queen’s funeral he has received thousands of messages from people to express their gratitude.

‘Those comments make me feel that the Armed Forces delivered above and beyond expectation, something they are very used to doing on a daily basis, but not necessarily in the nation’s eye on the global scene,’ he said.

‘I feel relief that all the discreet planning my colleagues and I have done over many years culminated in such a successful farewell for Her Majesty.

‘It was an exhausting 12-day programme of activities, all of which required briefing, recces and rehearsals.

‘I feel intense pride for all those that took part, that worked so hard throughout, as well as intense gratitude that the nation stood still on Monday for hours to reflect the Queen’s life. An incredible day.’ 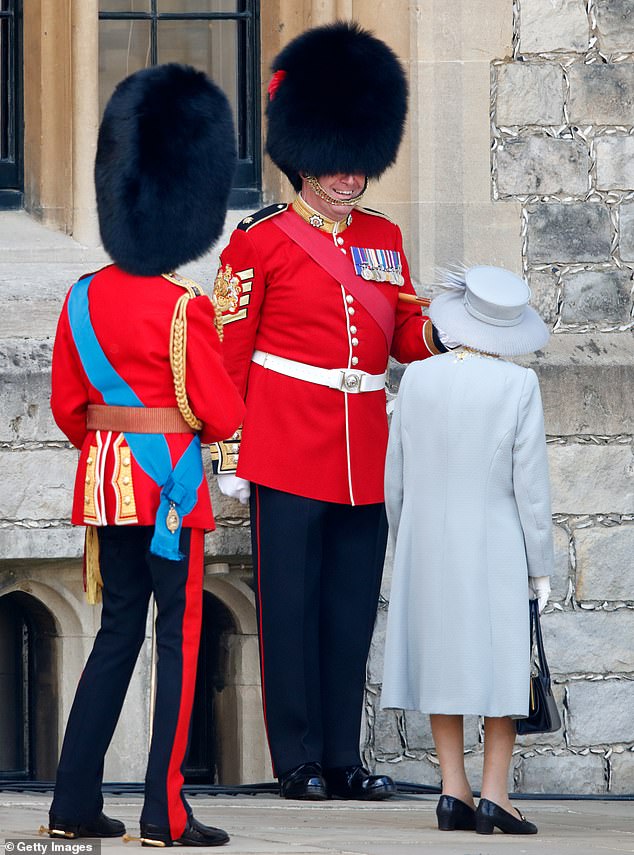 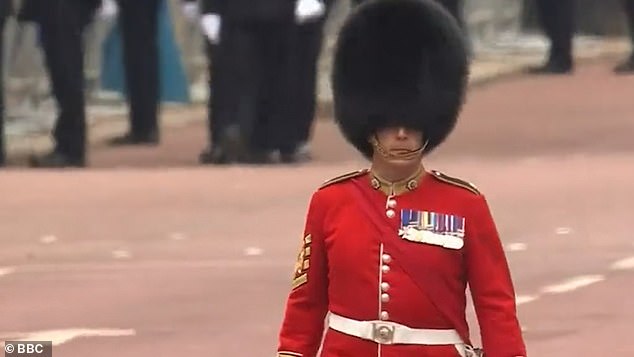 GSM Stokes had the world’s eyes on him last Monday as he solemnly walked down The Mall for a final inspection ahead of the 4,000-strong military parade 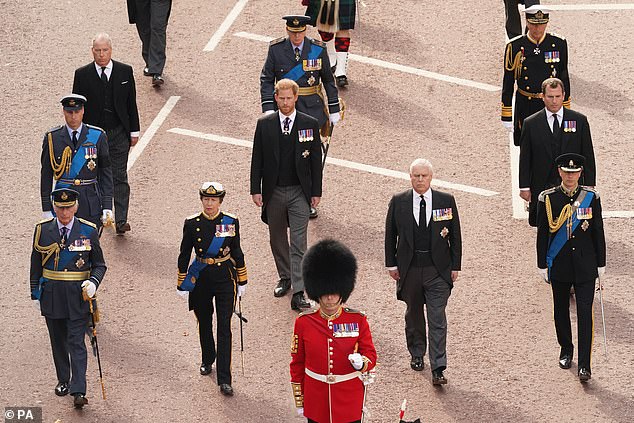 GSM Stokes is now ‘looking forward’ to running the London Marathon this weekend and raise thousands of pounds for Tickets for Troops, a charity which provides free tickets to members of the Armed Forces for a variety of sporting, musical and cultural events.

Tickets for Troops was launched in 2009 to help army personnel ‘make memories and spending quality time with loved ones while not on deployment’, and has distributed 1.8 million tickets since it started.

GSM Stokes said he started marathon training 14 weeks ago but the passing of Queen Elizabeth II, who died on September 8 at her home in Balmoral aged 96, meant it inevitably had to take a backseat.

‘Sadly Her Majesty’s demise stopped all training for the duration,’ he added.

‘I had a central role in all the activities in London and Windsor over the 12-day period, there simply wasn’t any time to do any training, and so I’m in the unenviable position of having missed four weeks training.

‘I still maintain confidence, I ran regularly before I started the training and I completed the marathon last year so I know what to expect, what pace to run and what to expect when I hit the inevitable wall.’

GSM Stokes is aiming to cross the finish line in four hours and 40 minutes but said he has ‘no doubt that the last two weeks will have a significant impact’ on his time.

‘I’ve been training much faster than that but I have no doubt that the last 2 weeks will have a significant impact.

‘Ultimately, I am looking forward to enjoying the experience.’

But respite after the marathon will be short-lived as preparations for the King Charles III’s Coronation get under way, in which GSM Stokes will be involved.