A Minnesota National Guard member found support from his fellow officers when he shaved his head in solidarity with his sister.

Staff Sgt. Brandon Stafford found out in late 2020 that his big sister, Melissa, had a malignant brain tumor, which required major surgery and aggressive treatment.

“She’s a big outdoorsy person,” Stafford told Fox News. “She’s heavily involved in the crash prevention program for the state of Minnesota … she’s very active in stuff like that.” 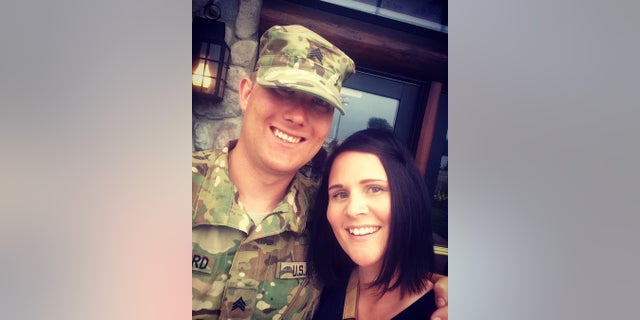 Melissa had her first surgery in early March. Doctors removed a large portion of the tumor, and she started chemotherapy shortly after.

She found her hair falling out in clumps one morning, and she decided she was going to shave it all off.

“One morning, she was brushing her hair and it was coming out in clumps,” Stafford explained. “So, that night, most of my family got onto a video chat, we all shaved our heads.”

Brother Sean Stafford, his two sons, and Brandon all shaved their heads to help ease the struggle Melissa was going through with her treatment. 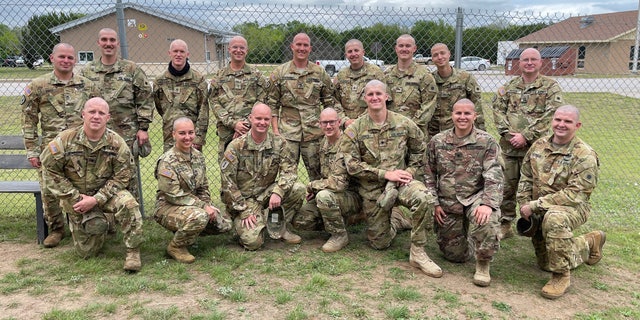 Soldiers from 1st Battalion, 171st Aviation Regiment (General Support Aviation Battalion) shaved their heads and posed for a picture at North Fort Hood, Texas, before deploying to the Middle East with Task Force Phoenix. They shaved their heads in support of Staff Sgt. Brandon Stafford’s sister, who was going through chemotherapy and radiation treatment after having a brain tumor removed.  (U.S. Army National Guard photo by 1st Lt. Luke Legrand)

The next day at North Fort Hood, Texas, Stafford’s fellow officers asked him about the shaved head.

“Everyone just wanted to join in to show their support,” Stafford told Fox News. “We had a couple around who joined in, but overall is mainly within the unit.”

Around 15 other soldiers shaved their heads in solidarity with Stafford and his family.

Now, stationed in Kuwait, Stafford plans to keep shaving his head while his sister continues her treatment. She will likely continue through the end of this year, but Stafford doesn’t have any plans to deviate from his new hairdo.

He also thinks he’ll be able to keep his nephews trimmed as well.

“I don’t think that’ll be too much of an issue,” Stafford said.

battl, for, heads, shave, Soldiers
You may also like: