Video footage of Beijing’s latest training exercise has been released and was published on the state-owned New China TV Youtube channel. The Chinese air force carried out the training exercise to ensure their pilots remain vigilant in the event they need to be deployed. The training included low-altitude sea defence penetration, live ammunition discharge and airborne assaults.

The video of the exercise showcased multiple military helicopters flying in formation and eliminating targets.

These targets were fired at with live ammunition, with some targets being on land and others at sea.

Soldiers were also recorded jumping out of helicopters and using a rope to descend to the ground.

DON’T MISS: China warning: Beijing could launch Taiwan invasion amid chaos in US 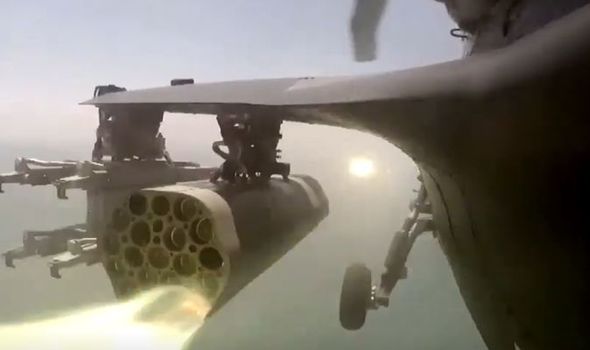 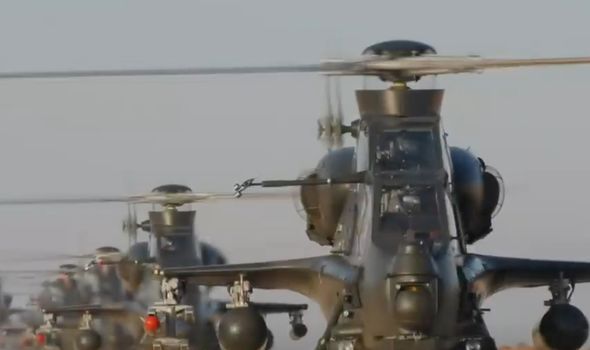 This comes as tensions remain high in the South China Sea between the Communist state and the US.

The increase in patrols in the region has sparked fears that an accidental collision could result in subsequent skirmishes.

However, the main concern is China’s military island bases which have runways, hangars, control towers and helipads. 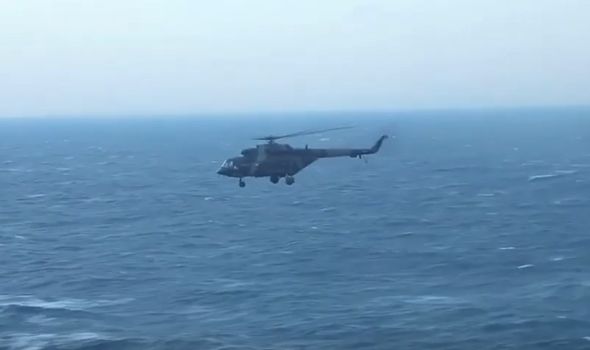 After this incident, the Pentagon issued a statement that said: “China’s actions “stand in contrast to its pledge to not militarize the South China Sea and are in contrast to the United States’ vision of a free and open Indo-Pacific region.

A vision in which all nations, large and small, are secure in their sovereignty, free from coercion, and able to pursue economic growth consistent with accepted international rules and norms.”

In recent weeks, China has also been expanding its naval bases in the South China Sea region.

These moves remain closely watched by the US, in case of preparation for conflict. 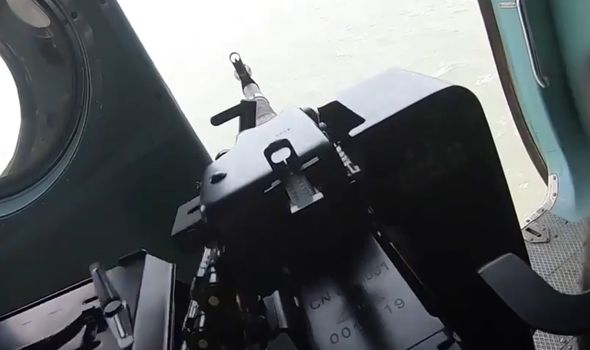 China’s navy has expanded Yulin Naval Base on the island province of Hainan.

The naval base is currently a conventional submarine facility.