Southwest Airlines is selling tickets for as little as $49 through Thursday for travel beginning later this month and into the spring.

The deal comes in the wake of the airline’s holiday travel meltdown, which saw thousands of flights canceled and many passengers and bags left stranded for days.

Southwest has promised to compensate passengers who were affected and take steps to prevent a similar operational catastrophe from happening again.

Read on for more info about the terms of the sale, and also instructions on how to claim your compensation from the airline if your own travel was affected.

Southwest’s latest deals are available through 11:59 p.m. Pacific on Thursday. Fares as low as $49 one-way are available for flights between Jan. 31 and May 17.

Blackout dates are Feb. 16 and 20, with international travel and flights to San Juan, Puerto Rico, also excluded from March 9 through April 10, and travel from the mainland U.S. to Hawaii blacked out March 16 through April 10.

Traveling with kids: Southwest is testing a new boarding process to help families stick together

The deals are only available on certain days for some routes, mostly on Tuesdays and Wednesdays. 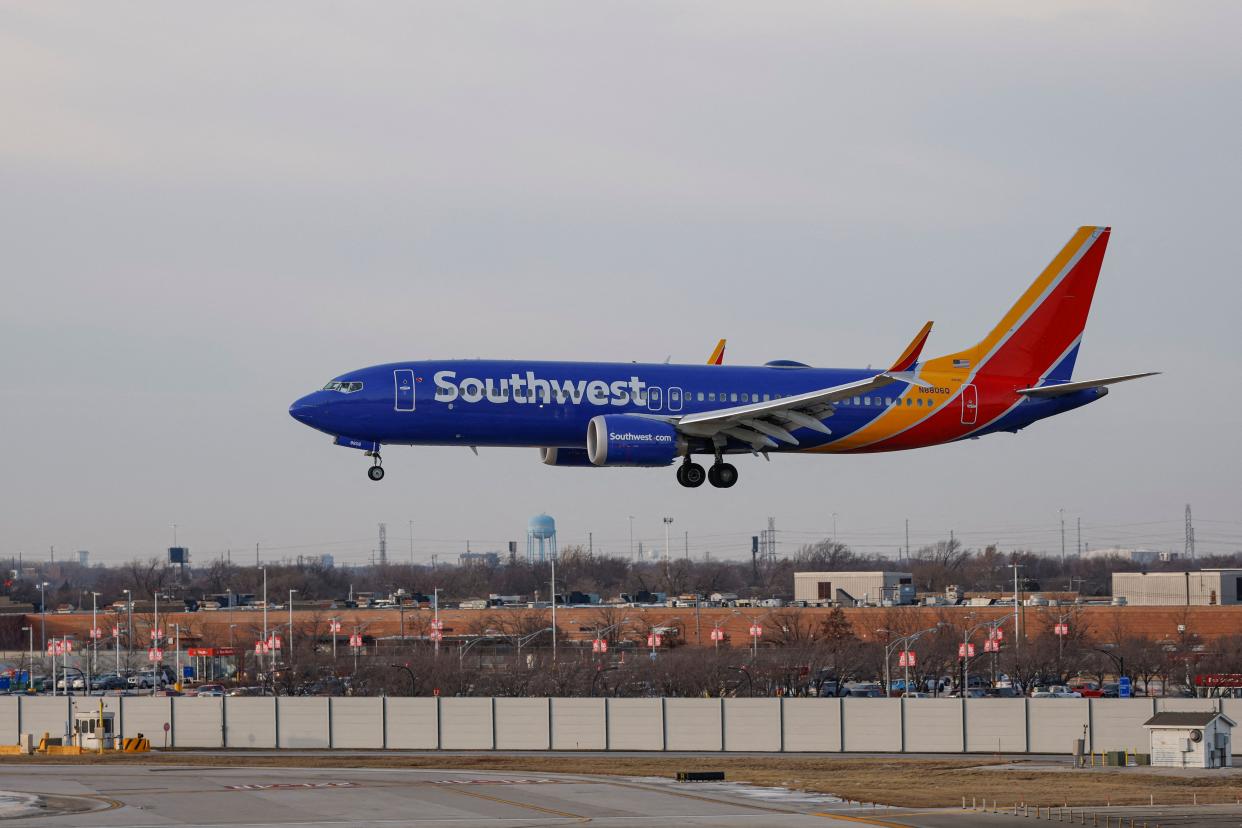 Was your Southwest flight canceled during the meltdown? Here’s how to get your compensation

Southwest has a webpage set up for customers whose flights were canceled or severely delayed between Dec. 24 and Jan. 2.

According to the airline, travelers whose flights were canceled or delayed by more than 3 hours in that period are eligible for full refunds if they did not take a rebooked Southwest flight. Those customers also qualify for 25,000 Rapid Rewards points, which they must claim by March 31 through the airline’s portal.

Flight delayed or canceled?: What you need to know and what airlines owe travelers

In addition, Southwest will reimburse affected passengers for “reasonable” incidental expenses, including hotels, rental cars, other airline tickets and food that was incurred as a result of the airline’s operational issues.

The airline issued guidance to investors last week that it expects the meltdown will cost the company as much as $825 million.