The Costa del Sol is set to crackdown on ‘scandalous’ hen and stag parties and is considering installing noise monitors in tourist apartments.

Malaga is leading the way after hoteliers and local residents said they were fed-up with ‘Magaluf-style drunken tourism’ in the historic city.

They are particularly incensed about the large groups of men and women who dress up in ‘outrageous costumes’ carrying phallic symbols and taking over high-class restaurants for their celebrations.

Local mayor, Francisco de la Torre has confirmed the city council is fighting against ‘party tourism’ and pledged: ‘We are not going to tolerate an uncontrolled city.’

And he added: ‘Whoever comes has to comply with the rules of coexistence of the city.’ 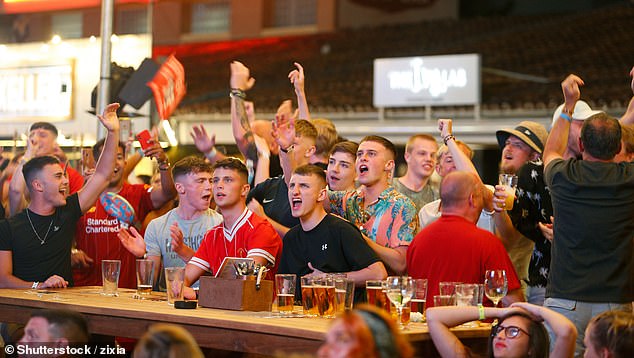 The Costa del Sol is cracking down on stag parties, with authorities considering installing noise monitors in tourist apartments

He has promised tough action, including sound controls and heavy fines for breaches.

The number of hen and stag parties has soared over the last few months following the easing of coronavirus restrictions and the resurgence of tourism.

Local residents say Malaga seems to be ‘consolidating itself as a destination for this drunken tourism’ and hoteliers share their view, saying the image of the destination is being stained.

Carlos Carrera, president of the Residents’ Association of the Historic Centre, said ‘Malaga has all the necessary characteristics to attract this Magaluf-type drunken tourism’ especially as there are so many tourist flats in the main residential area.

‘Places for leisure and terraces have increased, as well as the number of bars, music venues and nightclubs, so they can do what they do on the street,’ he said.

‘People come here to do what they want because nothing is going to happen to them. The police do little or nothing, they seem deaf, blind and dumb. This type of tourism is very harmful, benefits very few and drives away quality tourism.’

The association says bachelor parties, both national and international, ‘are armed with megaphones and sound-reproducing equipment’ and were spoiling ‘the jewel in the crown of the city’.

The direction being taken by the historic centre had to be ‘corrected’, in order to regain control of the situation.

Mr. Carrera welcomed the measure of noise meters in tourist apartments but questioned who would monitor them. 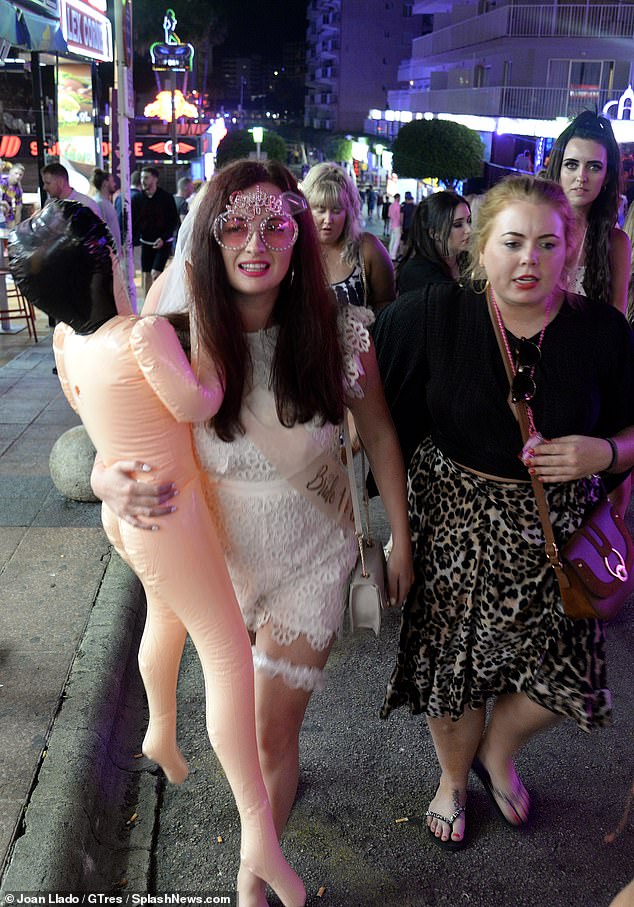 British tourists have fun in Punta Ballena street, Magaluf in Mallorca. The number of hen and stag parties has soared over the last few months following the easing of coronavirus restrictions and the resurgence of tourism

Javier Frutos, president of Mahos, the Malaga hoteliers’ association, said the hospitality sector rejected ‘all kinds of public scandals that are not very edifying for the city’.

‘Not all people who decide to celebrate a bachelor party behave in the same way but it is true that many of them choose to dress in a flashy way, which many hoteliers do not support. Some restaurants don’t allow them to enter their premises with these clothes.’

‘The fact that people want to come and have fun is correct, as long as they do so out of respect for the city where they arrive, for the clients, visitors and passers-by around them.’

It’s estimated that around 300,000 hen and stag parties are celebrated in Spain every year but the nuisance they can cause has led a number of cities and tourist resorts to ban them in public.

These locations include Madrid, Salamanca and Tossa de Mar.