YOU might have had a food baby — but what about food that makes you have a baby?

A pizza parlour in the US claims to have a dish that packs such a punch it induces women into labour. 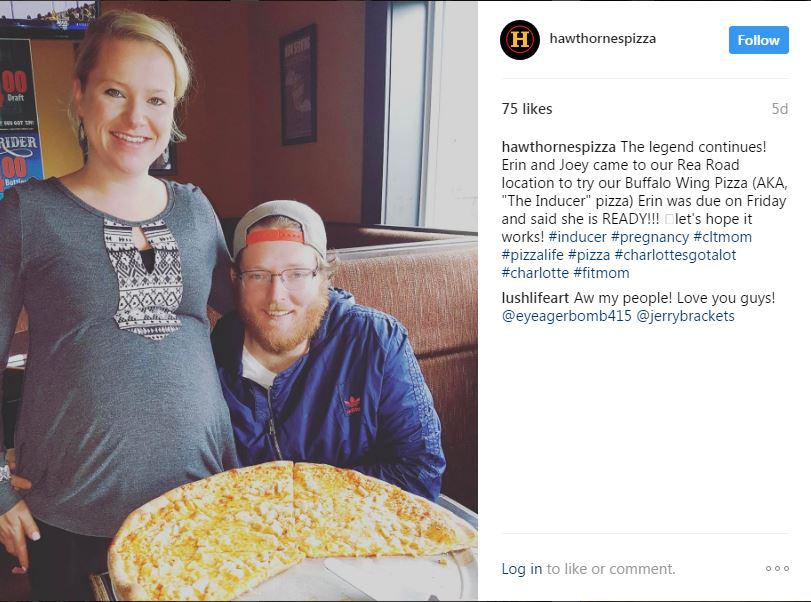 Nicknamed 'The Inducer', several women say that after munching the pizza they have had to rush to the maternity ward.

Hawthorne's New York Pizza and Bar in Charlotte, North Carolina has built a following for its Buffalo Wing Pizza.

It comes with medium-hot Buffalo sauce with chicken and mozzarella cheese — the perfect last meal before the toil of labour begins. 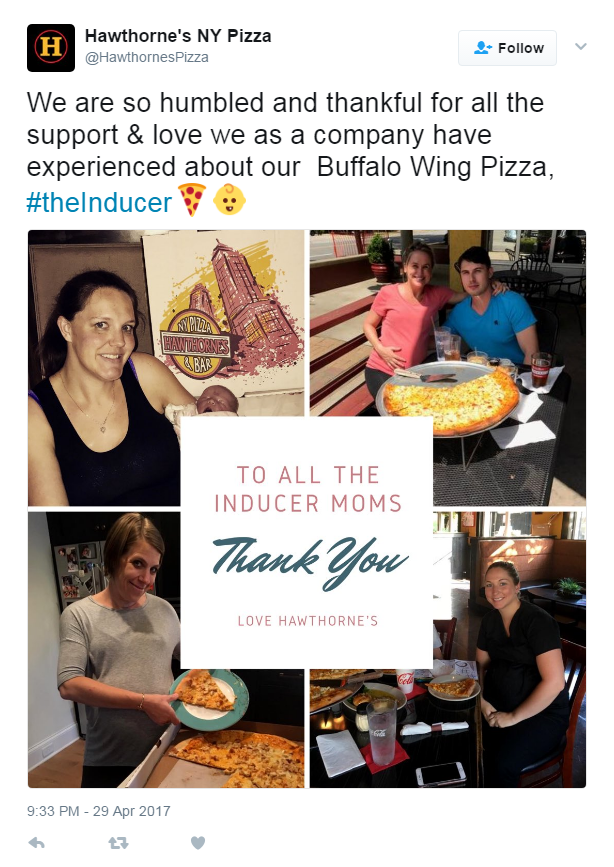 Three women have in recent weeks seen off their pregnancy with the cheesy feast.

One new mum, Henley Schmiedel, said she went to the restaurant with her pals after telling them she was "just done with her pregnancy".

Within hours of seeing off The Inducer, she was rushed to hospital, Charlotte Five reported. 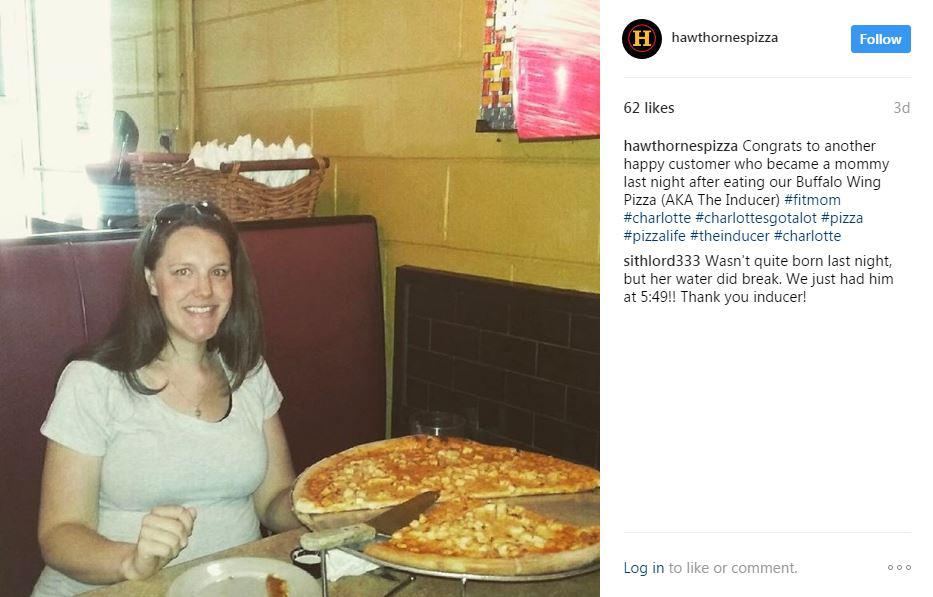 "When the first person posted that our Buffalo Wing Pizza induced their labour, several new mums followed up to say the same thing.

"I bet my wife wished she had known about the inducing pizza when she had our two kids at 9lbs plus.”

Mums have often sworn by the powers of spicy food for inducing labour.

In the UK expectant women are often told to feed on spicy curry to help the process along — but there is no scientific basis for it.