Stanley Johnson: Boris feels he has 'unfinished business' as PM

Boris Johnson feels he has ‘unfinished business’ as Prime Minister and ‘this could be his moment’ to return to Number 10, his father Stanley has told MailOnline.

Though Mr Johnson Snr says he doesn’t yet know if Boris will stand, he gave his tacit backing by declaring: ‘He has proved an election winner in the past and there may be some MPs who are looking ahead feeling that he may be the man for them anyway.’

At the same time, he urged his son – currently struggling to return to the UK from a Caribbean holiday – to ditch the ‘mistakes’ on the environment which he said had been made during Liz Truss’s brief premiership and ‘reclaim the centre ground’.

He added: ‘If he is reverting full face to the 2019 manifesto, I can’t see why any MPs should be against that.

‘He must have a sense that there is a lot of unfinished business so if he wants to see that business finished… this could be the moment.’

But Mr Johnson Snr – a member of the Conservative Party himself – made it clear his son couldn’t necessarily count on his vote if it came to it, and described likely rival Rishi Sunak as ‘highly competent’.

He said he would back his son to return as Prime Minister in the hope he would promise greater importance to environmental issues. 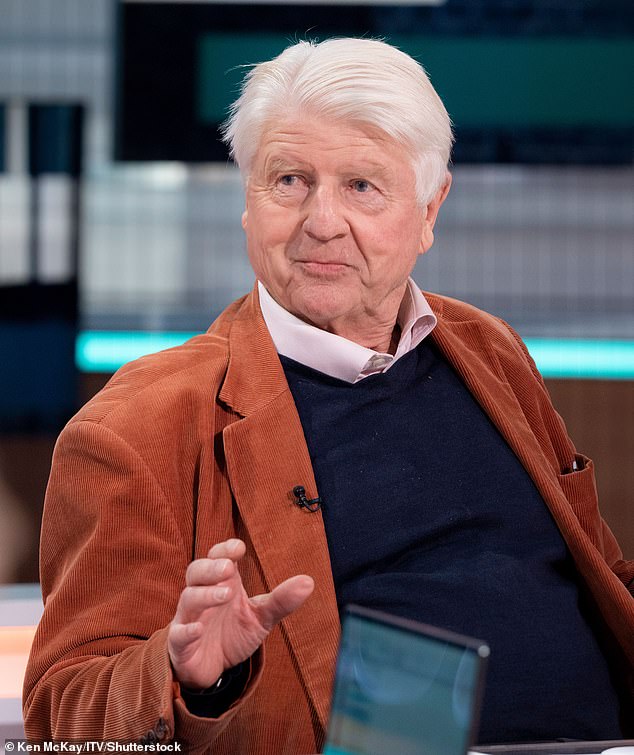 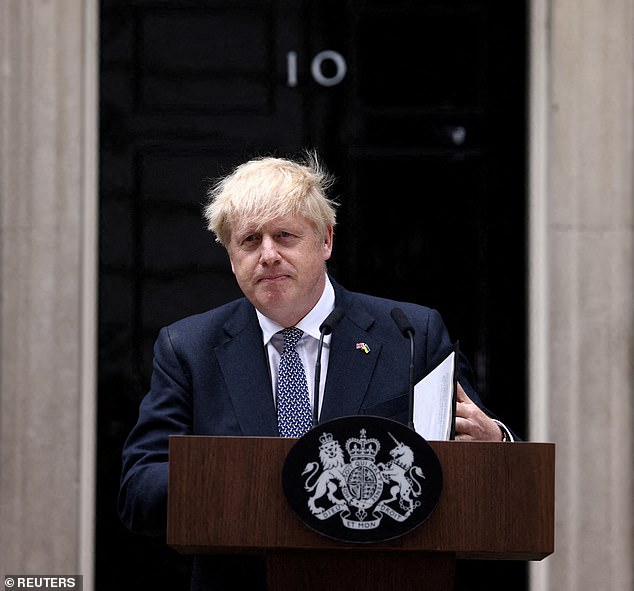 ‘I think at this moment I will be behind him, but I do want to get some re-assurances over the mistakes that the Tory Party is now making on the environment.’

Asked if he was certain Boris, who is currently stranded 4,000 miles away in the Dominican Republic and, according to the Telegraph, won’t be able to return until tomorrow morning, would stand as Tory leader, Stanley said: ‘ I have no feel for this at all.

‘I could easily see the attraction of him writing a good book on Shakespeare. That would be something. I can see that.’

The former Prime Minister has yet to throw his hat into ring but is reportedly more than half-way to gaining the backing of 100 Tory MPs which would enable him to enter the race for Downing Street.

Some supporters think he will only enter the race if he feels he can win it, while others have suggested he should bide his time and leave it to Mr Sunak or Penny Mordaunt to ride out the next year or so.

The Telegraph reports that a group of loyal allies led by Nigel Adams, a minister in Mr Johnson’s administration, were canvassing MPs on Thursday as Boris sent WhatsApp messages between frantic phone calls to his travel agents.

The Boris Campaign is being led by his ‘inner circle’ of key friends in the Commons, among them Mr Adams, a former minister of state in the Cabinet Office. 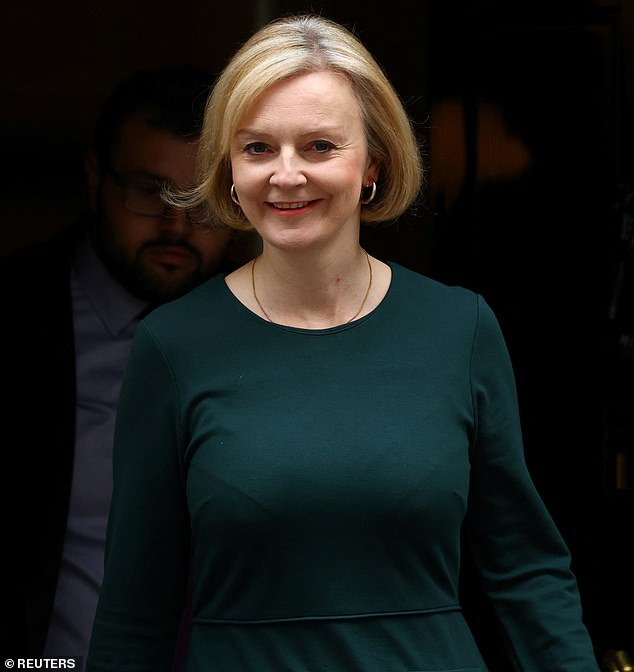 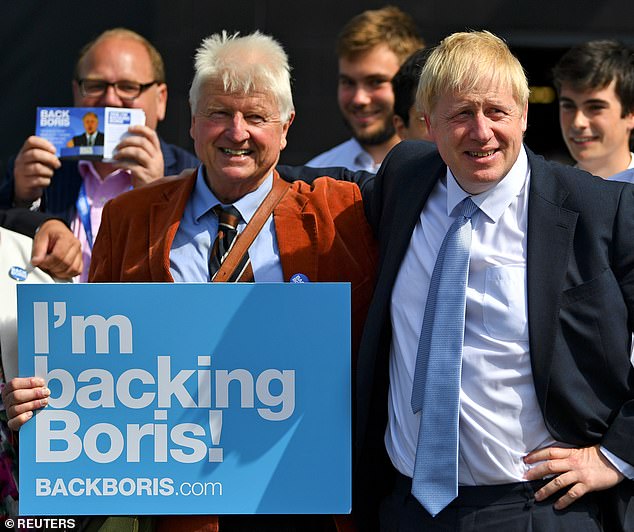 He said he would back his son to return as Prime Minister in the hope he would promise greater importance to environmental issues. Pictured together during the 2019 leadership campaign

With the telephone operation gearing up, Mr Johnson contemplated how to get back to the UK quickly. Under the compressed leadership timetable, there is hardly a chance to press the flesh with MPs who might support him.

One alternative was to fly back to the UK via New York on a US airline that would get him to the Commons on Friday, jetlagged and barely in time to canvas in person.

Or else Mr Johnson could requisition a private jet from a wealthy backer to enable his escape from the Caribbean Island.

Amid the confusion, one friend said last night: ‘He is coming back on Friday’ while another said: ‘He is stuck in the Caribbean. He is trying to get a flight tonight. He is likely but not certain to run. He is worried he will not get through the MPs’ rounds but if it does go to the members, he knows he has a real chance.’

A close friend insisted would stick to his plans and land in the UK on Saturday morning at the completion of the two-week family holiday with his wife and two children.

But the former PM was being advised by some close friends not to stand on the grounds that the party will be desperate for his return in a year’s time. And that he should bide his time until then.

The friend said: ‘It is too early. In autumn next year the party will be on its knees. He is walking into a s–t show he can’t control. They need to be on their knees.’

MPs supporting him urged Mr Johnson to return on Friday to mobilise his leadership operation. ‘He needs to get back pronto,’ one said.

The MP said: ‘He needs to be schmoozing in overdrive.’

Sir James Duddridge, Conservative MP for Rochford and Southend East, tweeted: ‘I hope you enjoyed your holiday boss. Time to come back. Few issues at the office that need addressing’ while adding the hashtag ‘bring back Boris’. 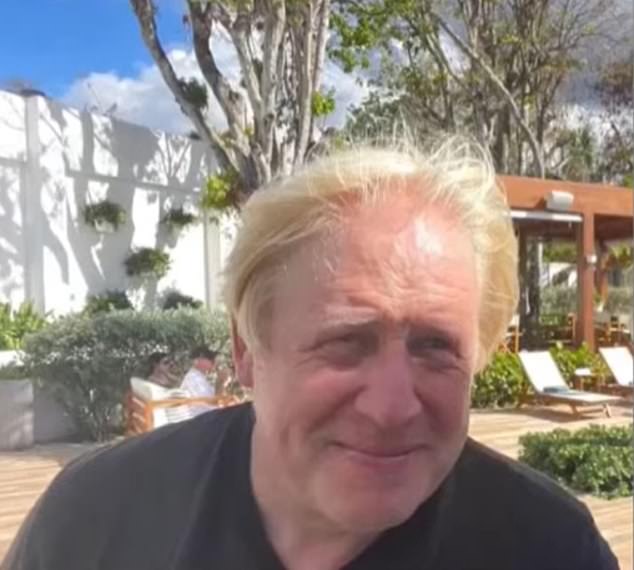 Boris Johnson is currently stranded 4,000 miles away in the Dominican Republic and it is not clear when he will be able to get back 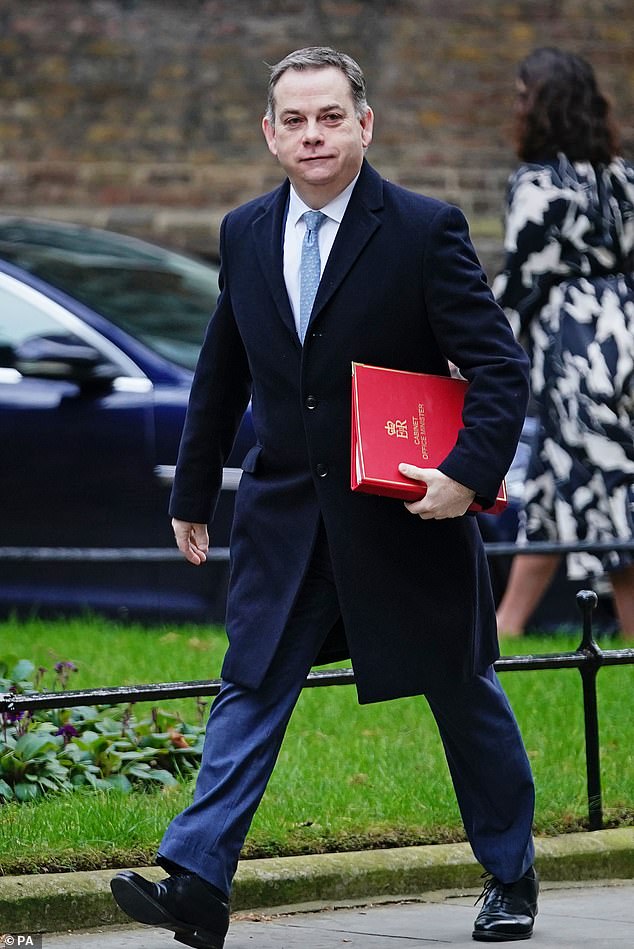 The Telegraph reports that a group of loyal allies led by Nigel Adams (pictured), a minister in Mr Johnson’s administration, were canvassing MPs on Thursday as Boris sent WhatsApp messages between frantic phone calls to his travel agents

Stanley Johnson told Mailonline: ‘I think if Boris is a candidate, then I think he will go back to the 2019 manifesto and he will have the legitimacy there because he was elected with quite a large majority.

‘And to that extent, I think you could say that constitutionally, his re-appearance as Prime Minister would be more acceptable than perhaps the appearance of another candidate.

‘I think he has a chance. Basically, Liz Truss’s ‘growth, growth, growth’ was a kind of right-wing ideology gone mad. It was a total aberration.’

He added: ‘ Boris has to re-gain the centre ground if he comes back as the candidate or the winning candidate.

‘But it is just possible that he will now have the chance to help deliver what he promised to deliver in 2019. But who can tell?

‘But at least he has a chance to get back on that track.’

‘I am a voter in this contest because I am a member of the Conservative Party from the Bridgwater and West Somerset constituency.

‘I will listen very carefully to what the candidates say on the environmental issues which I am extremely interested in. 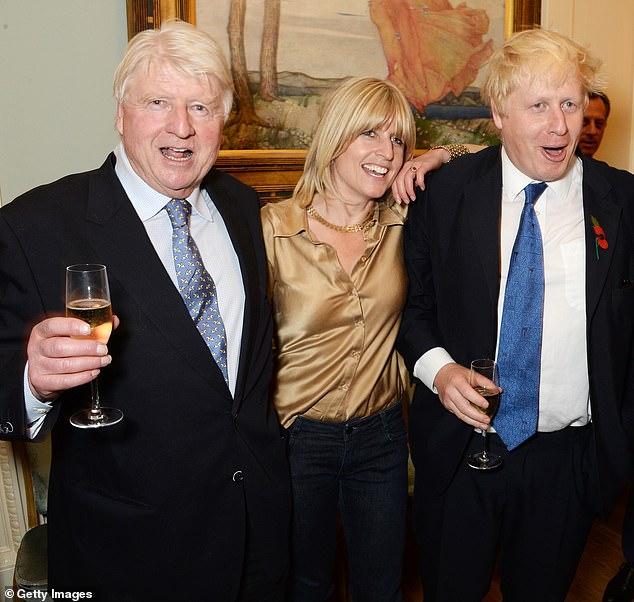 Mr Johnson’s sister, journalist Rachel (pictured with her father and brother at Boris’s book launch in 2014), told LBC : ‘If he wants to stand wild horses won’t stop him’ 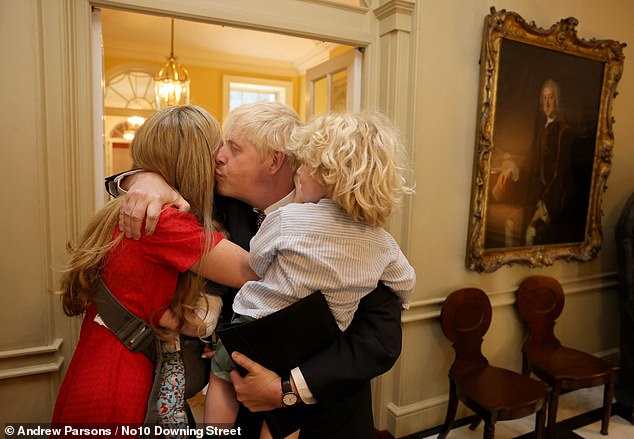 Asked if Boris really wanted to re-gain power as he has two young children and has recently married, Mr Johnson Snr said: ‘He had a mandate in 2019 and he was dislodged and diverted from being able to carry on the mandate’

‘Boris was so important in getting us out of Europe. He now the chance of re-building a proper link with the EU because we desperately need it.

‘The trade figures between United Kingdom and the EU have gone dramatically against us. This is a very, very important moment.

‘If I was coming in as Boris, I would go on the environment side and on the EU side and say we have got to re-build that and of course the international side is crucial too.’

Asked if Boris really wanted to re-gain power as he has two young children and has recently married, he said: ‘He had a mandate in 2019 and he was dislodged and diverted from being able to carry on the mandate.’

He said of Boris’s expected big rival: ‘There is absolutely no doubt about the competence of Sunak.

‘I am sure Boris will be entirely grateful to have highly competent people in his party or his cabinet or whatever.’