The price of a main course dish at some of Melbourne’s finest restaurants has been driven beyond the $50 mark thanks to the soaring costs of produce and labour. 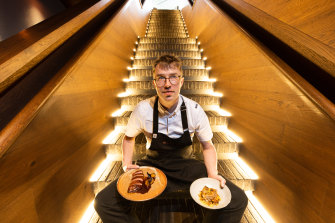 There are similar price increases at Andrew McConnell’s Gimlet in the CBD, where hapuka costs $52 and Muscovy duck $58, and at Chris Lucas’ Society, which opened last year, where the only main under $50 is the vegetarian option – artichoke with rice for $46.50.

Aleksis Kalnins, head chef at Matilda 159 Domain, said the price hikes for meals reflected rises in the cost of produce.

“Three months ago, it was fish and seafood that went up … then beef prices went up, then pork,” he said.

“Even consumables like the price of wood and charcoal – obviously, we use a lot of that, and we were spending $500 a week last year, and now it is $1000 a week.”

Kalnins spent a day in Benalla last week picking pine mushrooms to add as a garnish to Matilda 159’s beef dish, and he said this was typical of the lengths restaurants were going to as they tried to keep costs down.

“People still want value for money so you have to represent that on the plate,” he said.

Lucas said his restaurants had not passed on produce price rises and were instead focused on zero-waste kitchen policies and buying seasonally.

“Our chefs are working harder than ever, and especially so under extraordinary pressure due to things such as supply limitations, rising costs of produce and labour shortages,” he said. 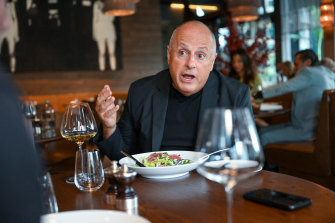 Restaurateur Chris Lucas said his restaurants had not passed on produce price rises to customers.Credit:Joe Armao

Pat Nourse, creative director at the Melbourne Food & Wine Festival, said restaurants had been absorbing price rises in produce and labour for many years, and he was surprised they hadn’t increased more.

“When I started 20 years ago [as a restaurant reviewer], it was about $30 for a main course, and if we’re talking 20 years later about main courses hitting $50, then it doesn’t take a rocket scientist to figure out that they really haven’t kept pace with the price of anything,” he said.

Nourse said restaurant prices were likely to increase further but was reluctant to predict how far they would rise. 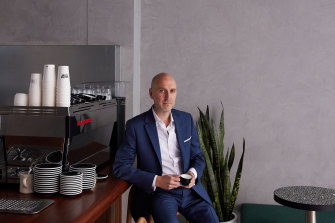 “I think we can expect to pay more,” he said. “If we want everyone to be paid fairly along the way and if we want our restaurants, cafes and bars to be here this time next year then the prices are going to have to go up.”

Data from payment provider me&u shows prices have also increased at casual restaurants and pubs but not to the same extent as they have at the top end of town.

Jacob Muoio, head chef at Westwood, said he was struggling to keep prices at the West Melbourne wine bar at $70 per person for four courses.

“All of a sudden, your costings are out, and you’re wondering if it’s even worth having potatoes on [the menu],” he said. “They are supposed to be this staple, you know, you load up your plate with potatoes and people are full.”

Muoio said while the increased cost of lettuce has been well publicised, he hasn’t been able to afford to serve lettuce for months. 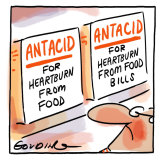 “The idea was that we did food that was nice but affordable for locals, which is getting harder and harder to do,” he said. “I’m going to have to get more creative with how I’m using my produce and what produce I’m using to try and keep the prices the same.“