Victorian wine sales to China have fallen off a cliff.

Exports have fallen from $68 million to just over $1.2 million over the past two years. The volume has plummeted from 5.1 million litres to around 95,000 litres, according to data from Wine Australia.

Calum Peace from Andrew Peace Wines in Piangil, north of Swan Hill, said producers like him are wondering when the pain will end.

“How far can the tide go out?” he asked. 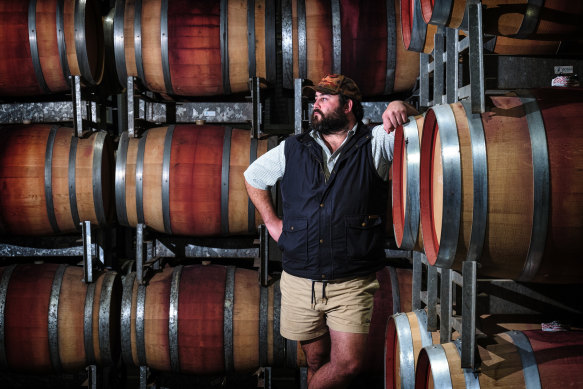 It’s a similar tale for the rock lobster industry and barley growers, following a decision by China in late 2020 to impose tariffs and punitive trade restrictions after Australia led the charge in calling for an international inquiry into the origins of COVID-19.

“We’ve got some young guys who go off shearing or working as labourers to get some extra money,” said Markus Nolle, Victorian Rock Lobster Association president.

The Andrews government, which has in past years cultivated a close relationship with China through its controversial “belt and road” agreement, has attempted to find new export markets.

It has signed a new agreement with Vietnam, “to deepen cooperation across a range of areas including trade, investment, education and technology”.

Peace said the Chinese market only accounted for about 5 per cent of business for his company. But an oversupply of wine had driven down prices, he said, which was hurting local winemakers and grape growers even if they had limited exposure to the Chinese market.

“We’re competing against other countries, where their wages and cost of doing business is a lot lower,” he said.

The fall in sales of Victorian shiraz – favoured by Chinese consumers – has been particularly precipitous, down from about $32 million over the year to 2020, to about $336,000 in the year to 2022.

To some extent, the loss has been made up by increased sales to other markets, but not entirely. Victoria’s total wine exports have dropped by almost half (48 per cent) over the last two years, to about $60 million.

Barley growers have also lost trade. Victoria sold no barley to China, data from the Australian Bureau of Agricultural and Resource Economics and Sciences shows – down from $550 million in 2019-20.

But unlike the situation for wine producers, their losses have been more than offset by booming sales to the rest of the world.

According to the bureau, last financial year, Victoria exported $2.98 billion worth of barley to the world, up 189 per cent since 2019-20.

Rabobank agricultural analyst Dennis Voznesenski said the economic blow of Chinese sanctions on barley had been softened by high demand for the grain across the globe.

“Because of COVID and the war in Ukraine, it’s been quite insulated,” he said.

However, grain farmer Brett Hosking, who is based in Quambatook in northern Victoria, said he had cut back on his barley production.

He said China had been a major buyer of premium barley, making it an important trading partner for Victorian farmers.

“They’ve lost that premium opportunity in the market,” he said. 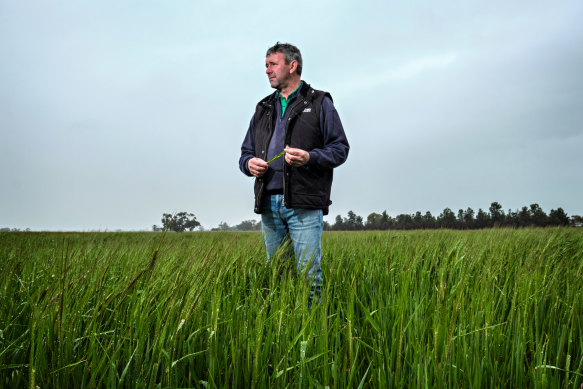 Rock lobster producers, on the other hand, have not been so lucky.

Sales to China, which accounted for almost all of Victoria’s rock lobster exports two years ago, collapsed by 99.8 per cent, falling from $94 million in 2019-22 to just $225,000 last financial year. Although some new markets have been found, the industry has not fully recovered.

According to the economics bureau, total exports of Victorian rock lobsters have fallen by 41.2 per cent over the past two years to $58 million.

Nolle said China’s trade sanctions were still biting, and some fishers had sought work in other industries.

“It’s a bit disheartening,” he said.

“You can’t set that level of infrastructure up overnight in new markets,” he said. “It takes time.”

Mornington Peninsula vineyard Crittenden Wines has been looking to expand into Vietnam to capitalise on the burgeoning middle class and replace lost markets to China. The company recently exported its first pallet of pinot noir and chardonnay to the country.

Crittenden Wines winemaker and owner Rollo Crittenden said it was a major milestone.

“We look forward to delivering more wine into the country because it’s making our business stronger here on the Peninsula,” he said.