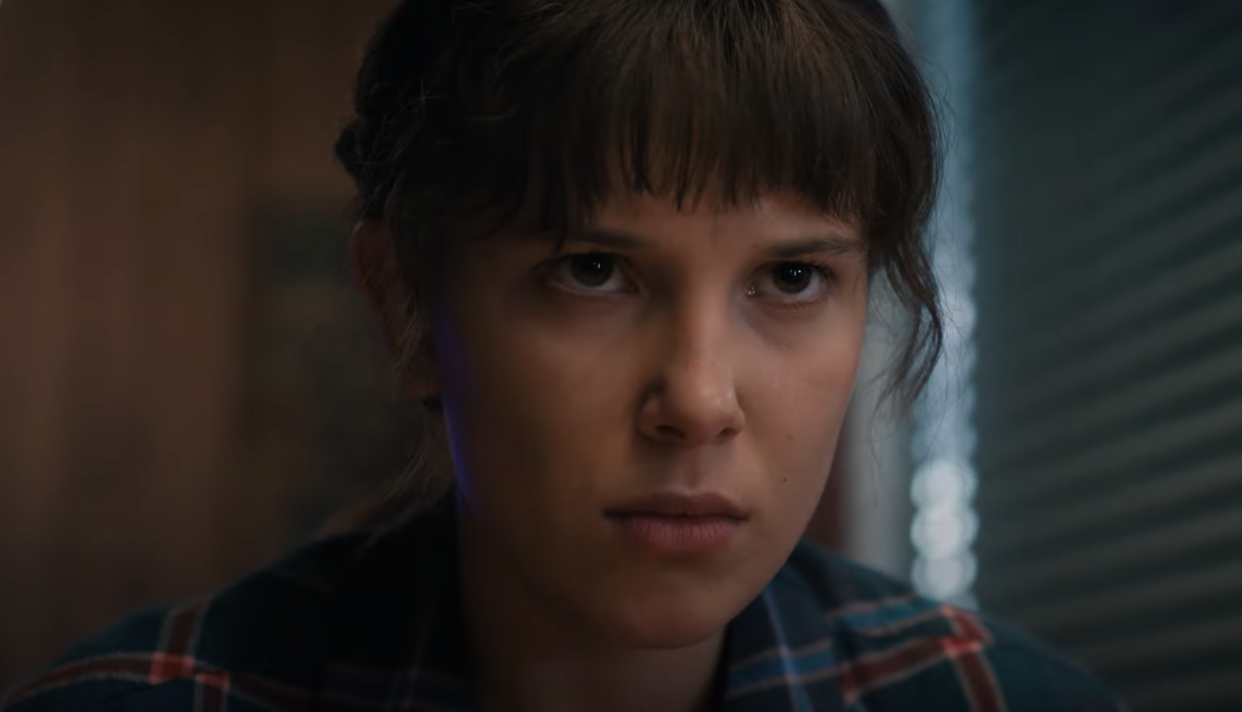 One week ahead of the highly anticipated return of “Stranger Things,” Netflix has dropped the first 8 minutes of the season in a sneak peek, as well as announcing the episode counts for Season 4’s upcoming two parts. Watch the first 8 minutes below:

The first volume will consist of the bulk of the season, with seven of the nine episodes releasing May 27. The remaining two episodes will be released on July 1 as Volume 2 of the season.

The episodes are significantly longer than in previous seasons of the show, with most running at 75 minutes and Episode 7 running for 98 minutes. In addition, Netflix’s fan website Tudum confirmed Friday morning that Episode 8 will run 85 minutes, while the season finale’s runtime will approach two and a half hours long. Overall, the season will be almost five hours longer than the previous three seasons.

The plan to split the seasons into two parts was first announced by series creators Matt and Ross Duffer this February, in an open letter to the show’s fans posted on the official Netflix site. At the time, the two explained the decision was a result of the length of the season, which is nearly twice as long as any previous installment. They also described the split as a way to provide fans with new episodes of the show as early as possible, after pandemic-related delays resulted in a nearly three-year gap between seasons.

“Given the unprecedented length, and to get it to you as soon as possible, Season 4 will be released in two volumes,” The Duffers announced in their letter. “Volume One will release on May 27; Volume Two will release five weeks later on July 1. So that’s the good news. It’s coming soon. And it’s better than ever. It’s also the beginning of the end.”

The seven episodes of Volume 1 will premiere right under the wire for the Emmy considerations deadline, which ends May 31. “Stranger Things” has been a consistent Emmys favorite, with the past three seasons all receiving nominations for outstanding drama series. Overall, the series has garnered six Primetime Emmy awards, out of 39 nominations.

Set in the ’80s, the smash-hit Netflix series focuses on various citizens of Hawkins, Ind. as they encounter supernatural phenomena from a bizarre other dimension known as the Upside Down. Season 4 sees the cast splintered, with the Byers family and Eleven (Millie Bobby Brown) moving to California following the apparent death of police chief Jim Hopper (David Harbour). When a new threat from the Upside Down emerges however, the Hawkins gang and the Byers family end up on colliding paths to save the world.

In addition to the two-part Season 4, “Stranger Things” has also been renewed for a fifth season, which will be the show’s last. A release window for Season 5 has yet to be confirmed.

Gatwick Airport: Man detained and car park closed by police over 'suspicious vehicle', as passengers 'stuck in terminal' | The Sun