Several siblings have been expelled from a faith-based school in St Kilda because their parents refused to sign a memorandum of understanding that limited who they could talk to about the alleged sexual abuse of their children.

The parents expressed concerns last month when the school proposed reintegrating a student who had been the subject of a police investigation and complaints of sexual abuse towards other, younger students. 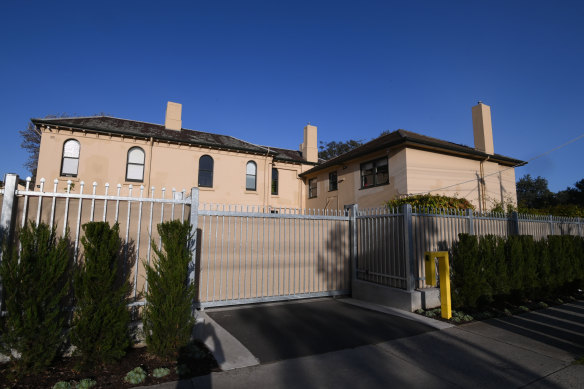 Families of students at Cheder Levi Yitzchok school in St Kilda have been counselled over a string of alleged sexual abuse incidents.Credit:Eddie Jim

Eliezer Kornhauser, the founder and acting principal of the small private school Cheder Levi Yitzchok, wrote to the parents on Monday that their children’s continued presence at the school was “untenable”.

“As of Monday 5th December, your children are no longer welcome to attend the school,” he said.

The students might be welcomed back next year, “but we would need to see clear evidence of a change in your mindset, leading to a very different set of behaviours on your part”, he wrote.

Kornhauser had insisted that the parents sign an MOU if they wanted their children to remain at the school, which caters to Melbourne’s small Jewish ultra-Orthodox Chabad movement. 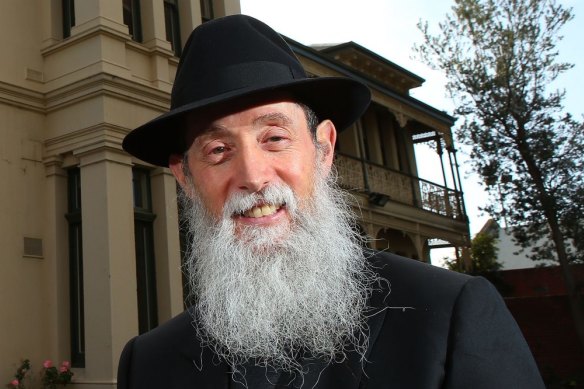 The MOU said the parents should air their concerns with school leadership or the authorities but refrain from speaking with other school staff, parents, advocacy groups or the media.

“We are imploring you, in the interests of maintaining our relationship, to follow our guidelines and sign the contract and return it immediately,” Kornhauser wrote to the family last month.

“If you choose another course – which of course you are at liberty to do – you cannot maintain your relationship with our school.”

The alleged sexual abuse did not take place at the school but at the Yeshivah Centre, a religious centre linked with the school, in neighbouring St Kilda East.

The school regulator, the Victorian Registration and Qualifications Authority, recently launched a review of the school’s adherence to child safety standards.

VoicSA, an advocacy group addressing Jewish child sex abuse, was named in the MOU as one organisation the parents should refrain from communicating with about allegations or complaints about the school or its students.

VoicSA spokesman Phillip Weinberg said the group had asked the regulator to suspend the school’s registration “due to immediate concerns for the safety of children”.

“Attempts to silence victims/survivors of child sexual abuse in the interests of protecting the reputation of an institution are abhorrent, incompatible with the minimum standards of a registered school and contrary to Jewish law,” Weinberg said.

On Tuesday, Kornhauser wrote an “open letter to the Jewish community”, saying the school had been subjected to an inaccurate and defamatory campaign of slander by VoicSA.

“Perhaps the most slanderous of all is the persistent narrative that in light of Jewish law, the school does not adhere to its mandatory reporting requirements, and indeed ostracises parents if they choose to make reports to the authorities,” he said.

“The school decries even one single act of sexual or other abuse against a child.”

Last month, Kornhauser told the school’s parents to pray to protect their children from abuse after they voiced concerns about sexual abuse allegations.