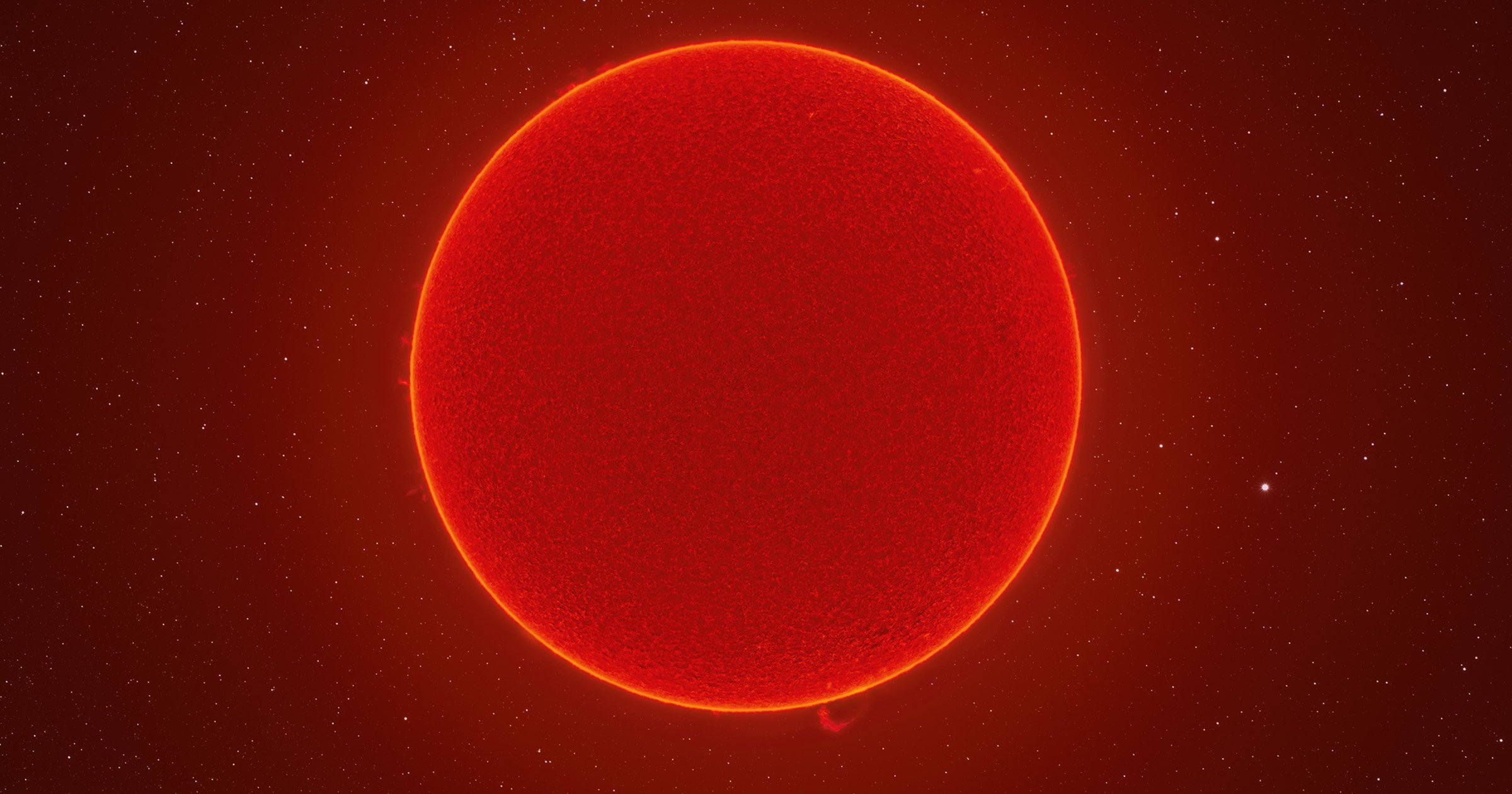 This blood-red picture of the Sun is thought to be one of the clearest photos ever taken of it from earth.

He layered thousands of images over each other to capture enormous detail of the star, which is 93 million miles from earth.

Andrew, from California, has been photographing the Sun and the moon for three years – but says he took on his ‘most unique challenge’ yet this month. His creation of the striking image involved taking almost 100,000 individual photos – at a rate of about 100 photos per second before layering them together.

Using the new telescope, Andrew, from California, USA, was able to capture the sharpest photos of the Sun – which has a radius of nearly 700,000km – that he has ever taken.

In the huge, 230 megapixel image, the Sun glows a deep, dramatic red against a dark sky.

Even the plasma right at the outer edge of the Sun can be seen on camera – exploding out of the gas giant at the bottom of the shot.

Andrew, who post his photos on his @cosmic_background Instagram page, said: ‘I was very pleased with the final result.

‘I wasn’t sure if the image would turn out so well, as stitching together a large photo of the sun comes with unique challenges that I’ve never dealt with before.

‘But I will definitely be producing more of these.’

Explaining the details of his creation, he added: ‘To capture the Sun in more detail than I’ve ever attempted, I assembled a new solar telescope that gave me 4000mm of focal length, about 10x the magnification of my previous telescope.

‘I used a technique called “lucky imaging”, so the best frames from a particular session are stacked together to help reduce the effects of the atmosphere.

‘These photos were captured just before noon, when the sun was high in the sky but while the atmosphere was still relatively calm.’

Andrew continued: ‘By capturing close up details of the surface with this rig, timed when the atmosphere was very still, I was able to produce sharp details on its surface.

‘These happen quite frequently, and last a long time.’