JUST before lockdown we were eating 25 per cent fewer biscuits than we were a generation ago.

But the humble biccie has had an astounding turnaround. 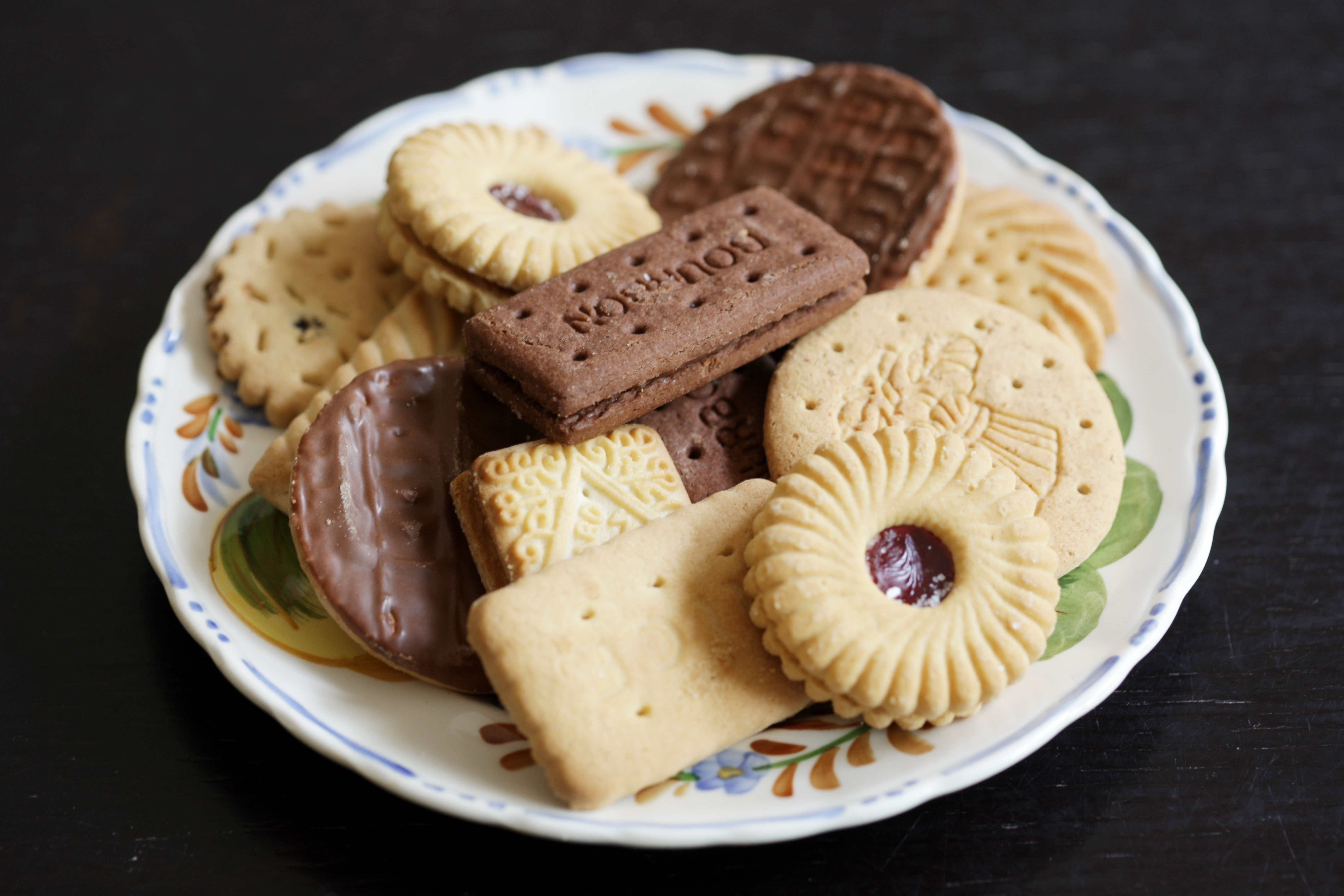 Binges during the dark days of Covid helped boost sales of the baked treats to a record £5BILLION.

We piled through an extra 87million packs of them and cakes in the year to August — that’s more than a whole packet for every man, woman and child in the country.

It’s easy to see why biscuits had been losing ground. We are all much more conscious about our weight than when I was a kid in the Seventies.

Back then, the biscuit barrel was a mainstay of every family’s kitchen.Its ritual opening was looked forward to with great anticipation by every child in the land.

Every family’s tin held different surprises and was part and parcel of the great British institution that is teatime.

But now we are drinking more green and herbal-type teas than we were — and what good is a chocolate Hobnob with one of those?

Each of our classic biscuits has something unique to offer, though, and they are incredibly good value.

And according to trade magazine The Grocer, shoppers have been seeking solace at the bottom of their biscuit and cake tins once more.

I’m glad the balance has shift­ed. Our classic biscuits are so refined compared to the clonking great cookies, decadent, calorie-laden brownies and super-indulgent millionaire’s shortbread available in many coffee shops.

That’s what gives old-fashioned biscuits the edge on any other sweet treat: Their supremely satisfying texture, perfect for dunking.

It has been hard for our favourite biscuits to move with the times, though.

Chocolate bars, almost all of which were invented in the 1930s, have managed to evolve to such an extent they are now available as anything from ice creams to tempting puddings such as the Flake dessert pot and even, in the case of the Lion bar, a breakfast cereal.

And whereas other pantry staples such as ketchup and baked beans have managed to maintain their popularity by containing less salt and sugar, it’s hard to see how this would add much appeal to a biscuit.

But with the closure of coffee shops and cafes during lockdown, comfort eating moved back indoors.

The food I grew up with always evokes memories but I have to say I’d forgotten quite how delicious and delightful many of these dainty delicacies are.

In fact, I’d go as far as to say there’s nothing so very satisfying, or quite so British, as a steaming hot cuppa and your favourite biccie.

Here, I point out the type to choose for what occasion and Sun writers pick their biscuit of choice and explain why they love it… 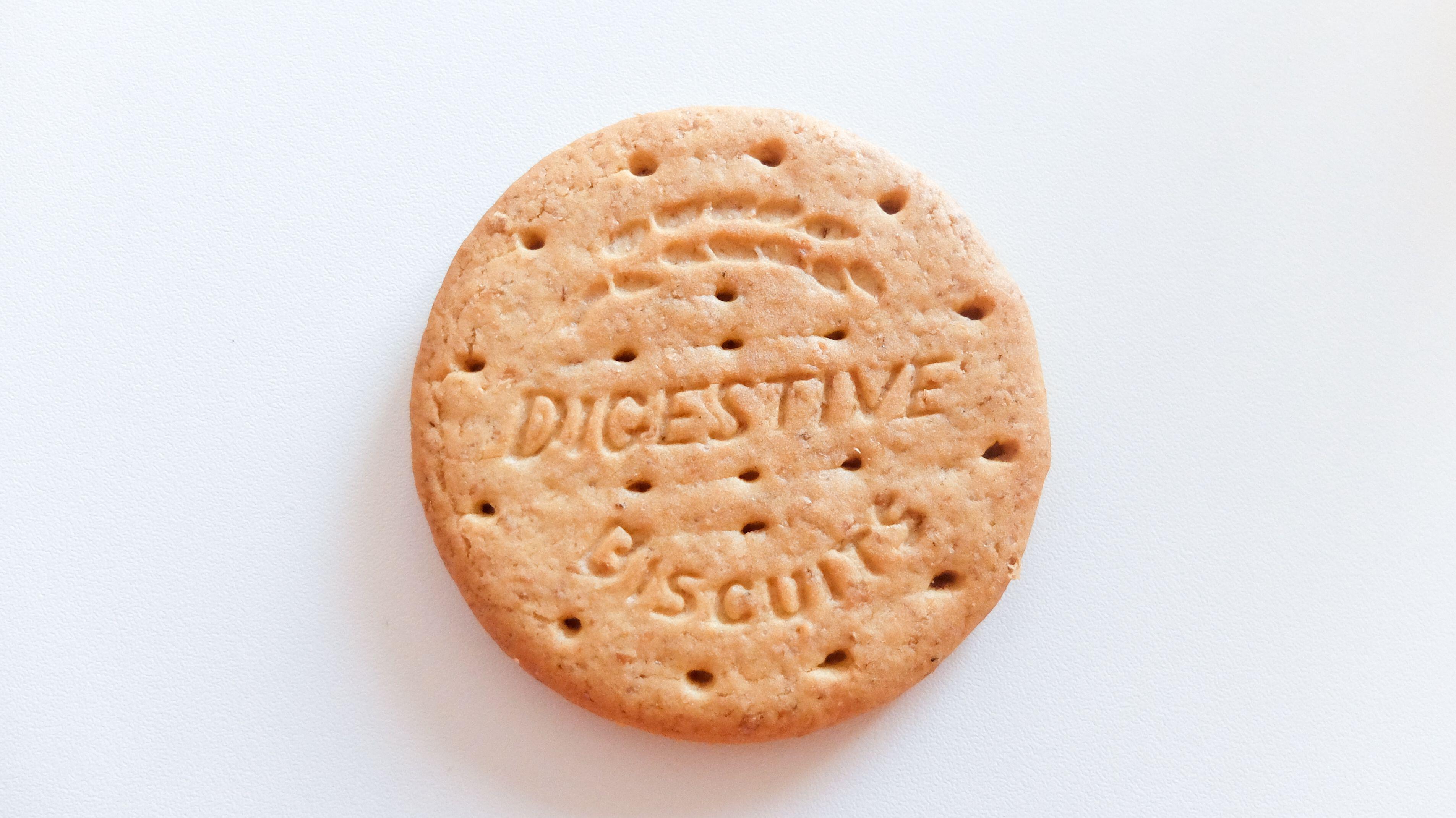 THE digestive brings back memories of when I was a kid in Sweden. Back then we would have this biscuit with cheese.

Now I have them on a Sunday morning in bed with Leo, my dog.

I pretend someone has made me a cuppa and go back to bed and we share digestives. 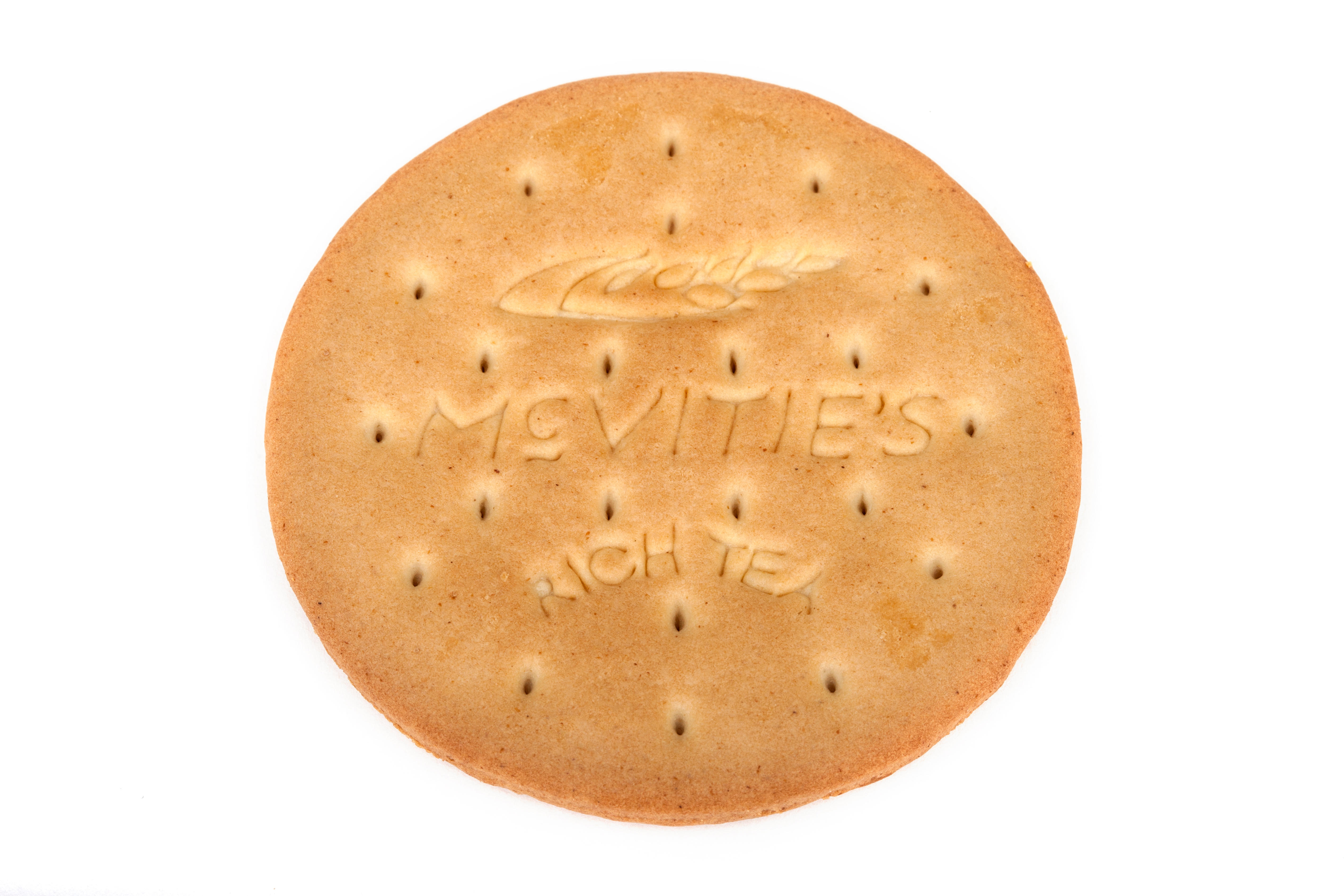 THE Rich Tea has been scientifically proven to be ­Britain’s best dunker and is like this fine country in biscuit form: Solid, reliable and strangely sweet.

Need a quick-yet-perfect pudding? Take two Rich Teas and squish a Milky Way between them. Then stick it in the microwave for ten seconds. You’re wel-welccome.. 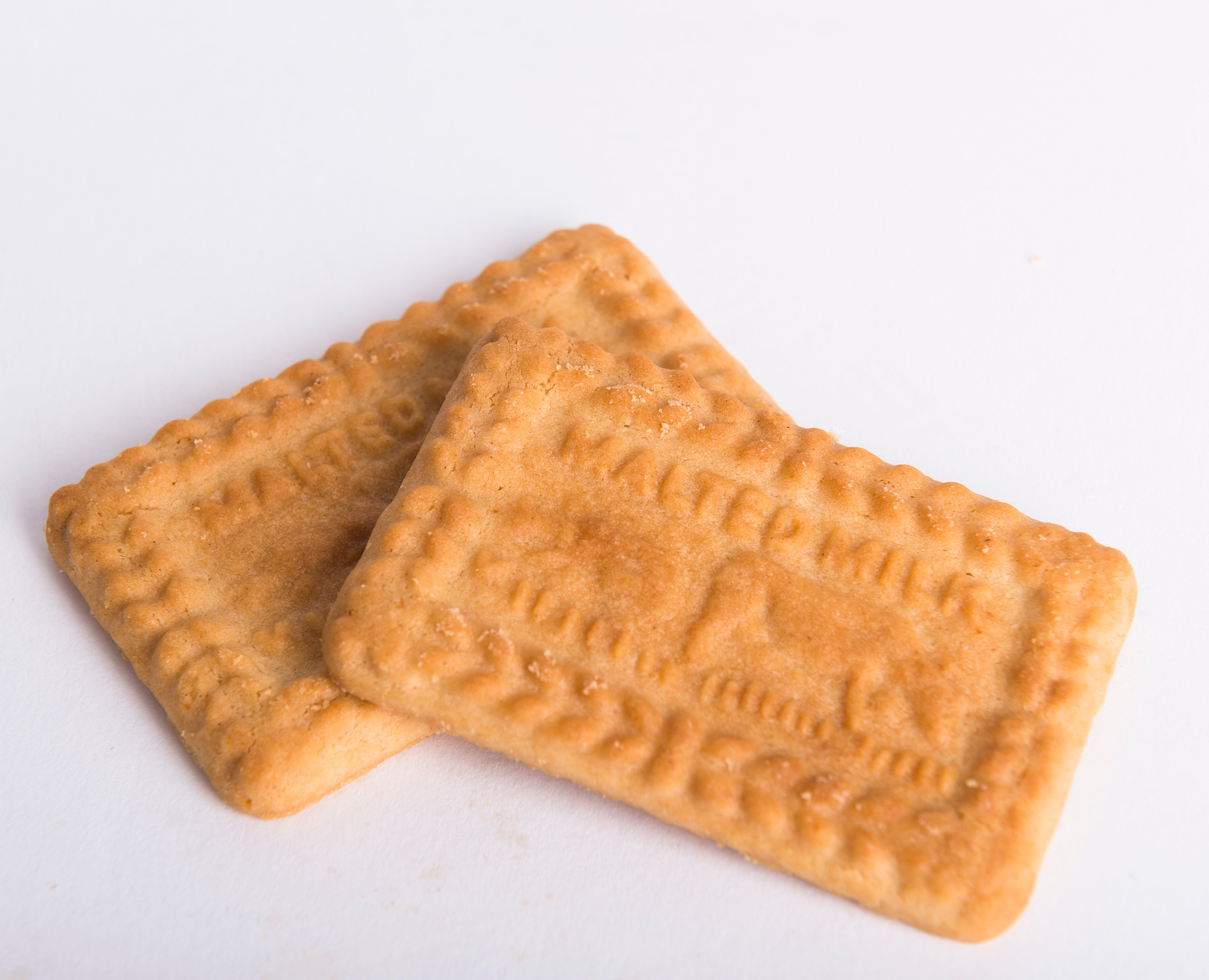 Our love for them dates back centuries, to when the staple diet of sailors was “hard tack”, which was like a Jacob’s Cream Cracker fortified with cement.

So it’s great the biscuit industry is thriving once more.

I love the ones they used to call “semi-sweet”. Malted Milk is a favourite, along with those thin, dark brown Biscoff things.

The best ever was when McVitie’s did Caramac-covered digestives – but they only did that for about a month, in 1970.

My mum used to like Marie biscuits, which tasted of nothing at all and made me think adults were all mad.

MY favourite is a Gold bar. Retro.

A biscuit/caramel-y hybrid, it is delicious dunked in builder’s tea so that the golden layer gloops off disgustingly.

I once monstered a pack of five Gold bars on a hangover. Miracle cure. 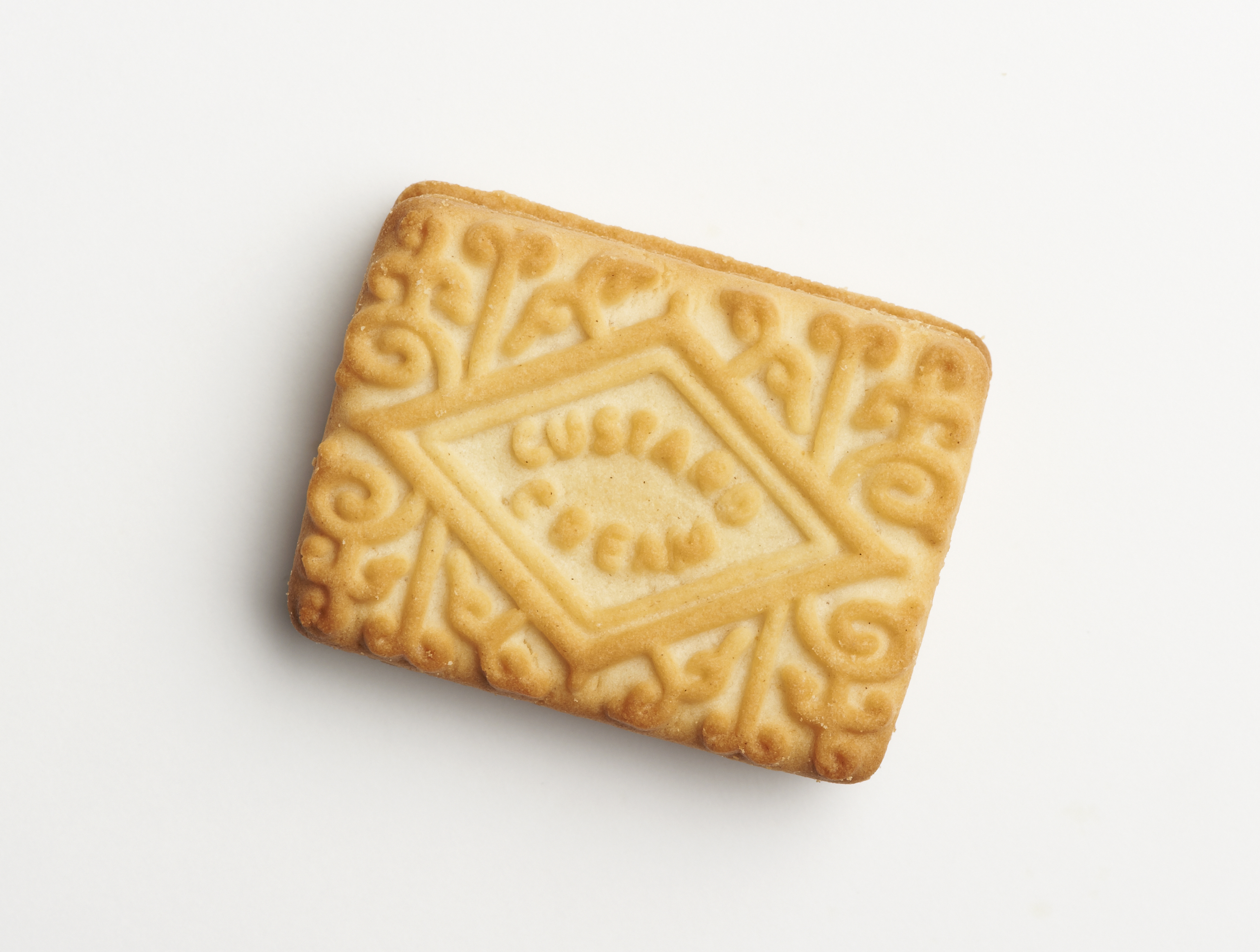 I’M not a huge biscuit person but when I do indulge, it has to be a custard cream.

Creamy on the inside, crunchy on the outside – what more do you want?

Plus, just one bite will take you right back to childhood. Heaven. 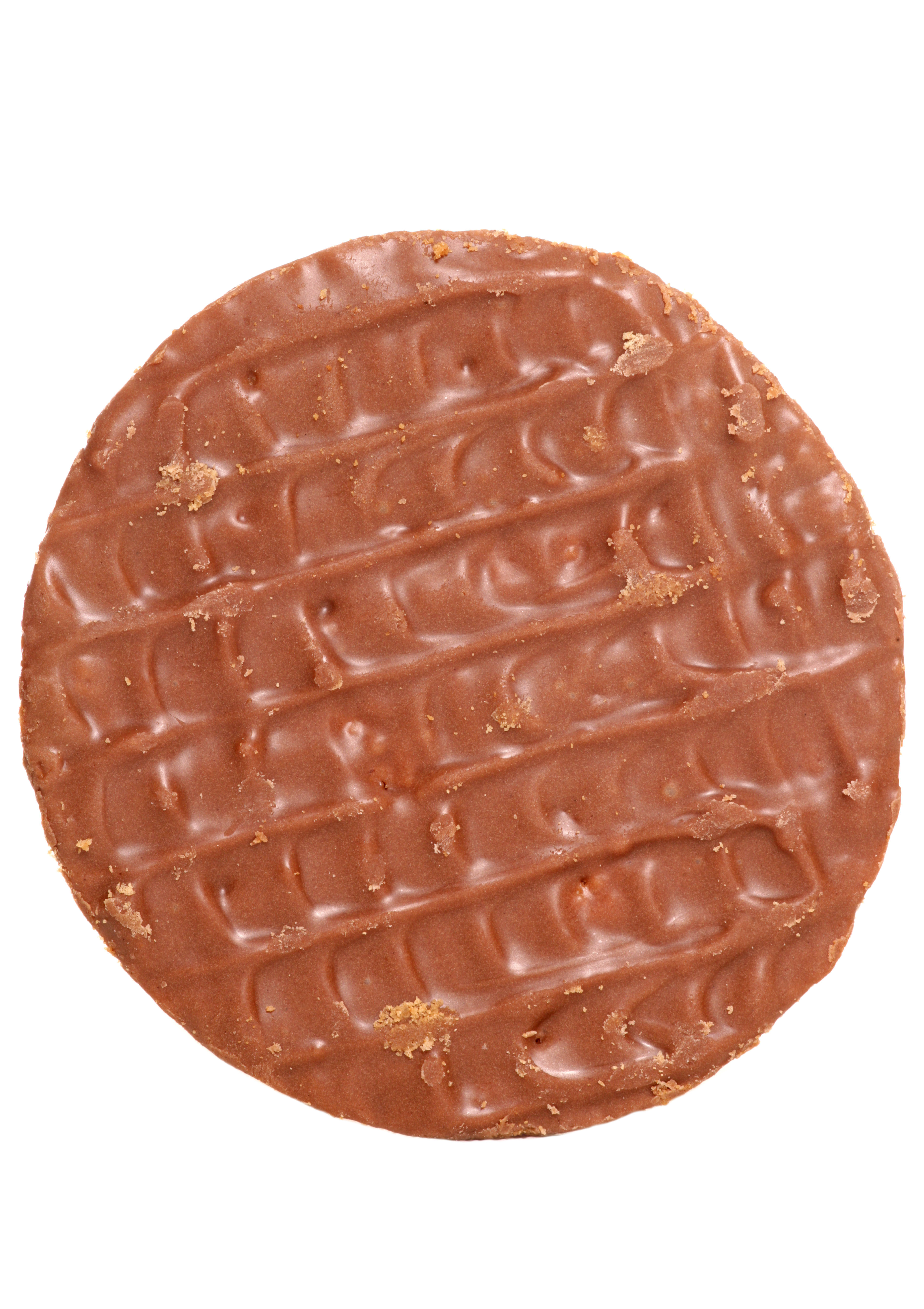 IT has to be McVitie’s Dark Chocolate Digestive – by a mile.

AHH, the gentle crunch of digestive with the perfect proportion of chocolate to biscuit. It’s a work of art. Try spreading with marmalade for the Jaffa Cake effect or sprinkling a few crumbled croutons on a black cherry yoghurt.

BEST FOR A HANGOVER/ PERK UP: Custard Cream

A STEAMING-HOT mug of tea and the mood-altering levels of sugar in a custard cream are enough to breathe new life back into anybody. Perfect dunkers. I prefer them kept in the fridge, so you get one warm mushy bite and one cold crunchy one.

FULLY loaded with the zap and zing of ginger, the sweet kings of crunchiness are perfect for that much-needed lift at three o’clock. Absolutely fantastic in an ice cream as a 99 substitiute.

I MADE the mistake of saying Rich Tea biscuits were boring when I recently appeared on Channel 4’s Sunday Brunch. The social media backlash was fierce. And I’ve since completely changed my mind about them. Perhaps this modest and understated old favourite is the most British biscuit of them all. Nothing dunks quite like an old-fashioned Rich Tea and they are surprisingly good with Caerphilly cheese if you want to spice things up a bit.

MY three childhood favourites. I’m sorry to say it’s a while since I’ve bought any of these as I’d forgotten just how good they all are. Jammy Dodgers have the perfect balance of snappiness and goo and the crunchy exterior of the creams mingles wonderfully with the soft centres. If you’ve got a box full of all these beauties in the kitchen, you’re literally ready for anything.

Fave, reveal, sun, their, writers
You may also like: