REVEALED: Supermodel Anne Vyalitsyna claimed $26,000 in unemployment benefits despite $2.9m Manhattan apartment and $2.6m in savings – and wants more child support from her ex after pandemic wiped out her income

Supermodel Anne Vyalitsyna has gone to court to force her high-flying tech exec former fiancé to pay $8500 in monthly child support after claiming her income nosedived during the pandemic.

More than $26,000 of her income was from unemployment benefits, although the supermodel owns a $2.9 million West Village apartment, and has $2.6 million in investments and savings.

‘While I had a total of 17 paying jobs in 2020, half of them did not pay. In the last six months, I have had only six jobs — working two times a month at most,’ she said in court filings.

Vyalitsyna told the court she has monthly expenses of $40,284, including $6815 for housing, and $4,833 for her daughter’s tuition at Avenues: The World School in Chelsea.

She says her attempts to get the father of her 5-year-old daughter Alaska – former Yahoo senior vice-president Adam Cahan – to pay child support have been ignored. The model says she needed the alimony payments to be able to afford a nanny and return to work full time.

‘I must work, and I cannot do so without the assistance of a nanny,’ she said in filings.

The couple welcomed their daughter in 2015 and announced their engagement the next year. 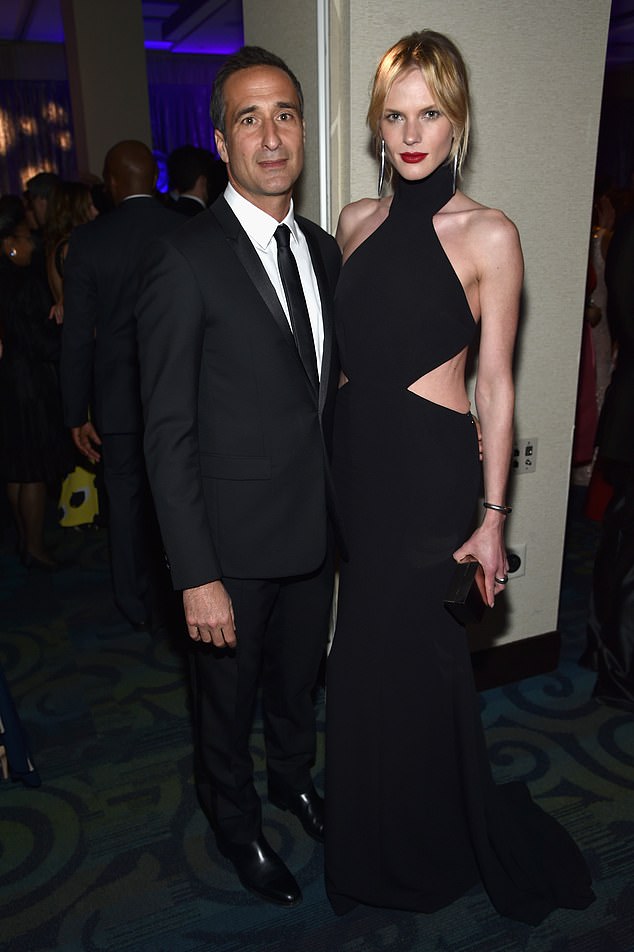 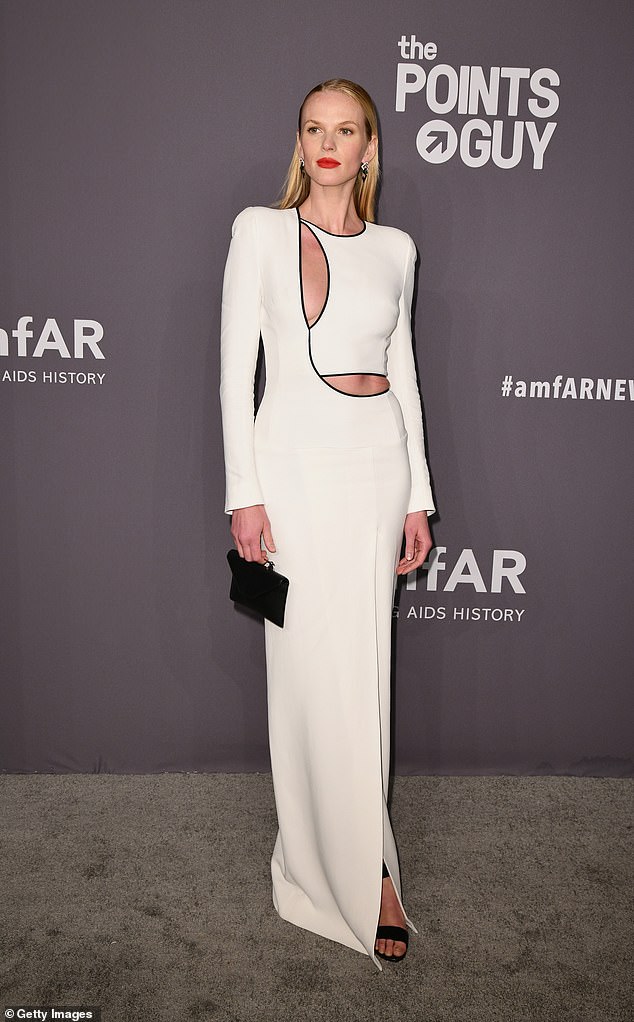 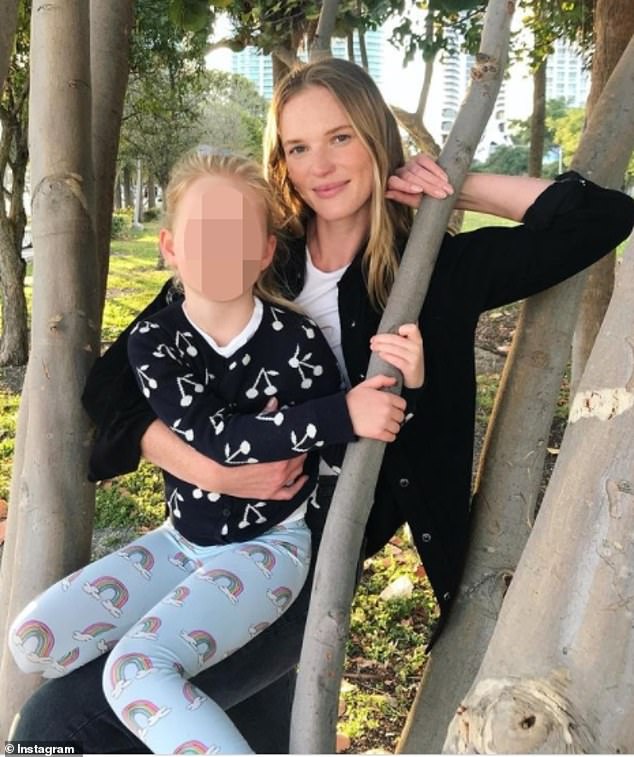 Vyalitsyna says her attempts to reach an amicable resolution with Cahan, her former partner had been ignored 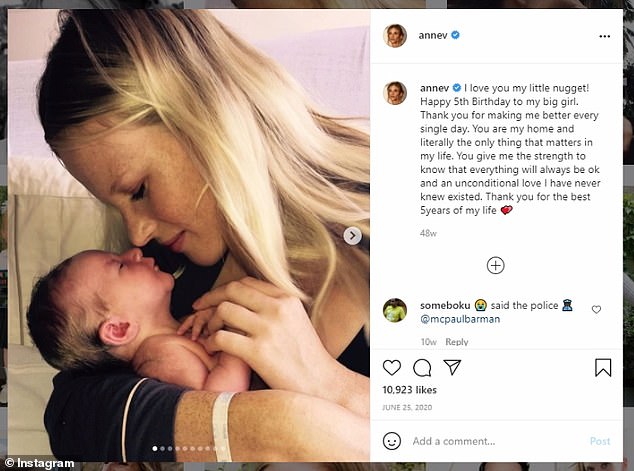 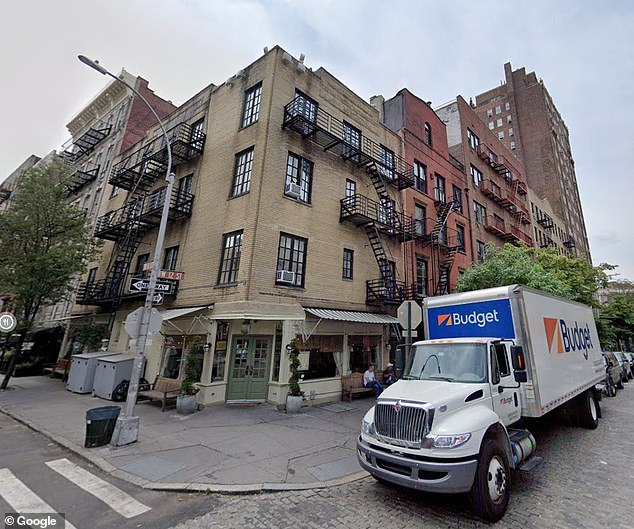 Vyalitsyna owns a $2.9 million 3-bedroom apartment in the West Village, and has $2.6m in savings, but still claimed $26,000 in unemployment last yar

Far from pleading poverty to the judge, Vyalitsyna disclosed she owns a $2.9m 3-bedroom apartment in New York’s West Village, and has about $2.6 million in savings and investments.

But her wealth is dwarfed by that of Cahan’s who she estimates earned at least $25m during six years heading Yahoo’s mobile and emerging products section.

Now CEO of start-up Pax Labs, Cahan owns a $9.95 million home in the fashionable Russian Hill district of San Francisco with sweeping views of the Golden Gate Bridge, a second house valued at $4.9 in Malibu, and a Banksy painting worth $5m.

She told the court Cahan pays for Alaska’s medical insurance and the $58,000-a-year tuition fees at her private school.

She said she had made ‘every effort to resolve this matter… amicably’, but after they had tried to strike a deal for more than a year over custody and child support, Cahan had failed to respond when it came time to sign a formalized agreement.

She says Cahan doesn’t pay any base support and refuses to pay childcare.

She is seeking sole custody, and wants Cahan to pay for summer camp, school transport costs, college fees and $50,000 towards her legal fees.

Vyalitsyna, better known as Anne V, dated Maroon 5 singer Adam Levine and was also once in a relationship with former Mets pitcher Matt Harvey before getting together with Cahan in 2014.

The Russian-American model appeared on the cover of Sports Illustrated 10 years in a row from 2005 to 2014.

She has also appeared on the cover of Vogue, Elle and Glamour, and had an uncredited cameo in A Good Day to Die Hard in 2013.

In a 2017 interview with The Fashion Spot, the model shared her approach to motherhood, in which she claimed there was no such thing as ‘perfection.’

‘No matter how much I try to be a perfect mother, there’s no such thing as perfection, you mess them up anyway,’ she explained.

‘And get all the sleep that you can before, you pretty much can say goodbye to that for the next 18 years.’

Cahan also has two older daughters of his own with his ex-wife, British fashion designer Alice Larkin.