Supporters of Rishi hope beat rivals and have 'coronation' on Monday

The race to get Rishi: Supporters of former Chancellor hope to squeeze Tory rivals out of the race so he can get a ‘coronation’ on Monday

Rishi Sunak’s supporters are hoping to squeeze his Tory leadership rivals out of the race so he can gain a ‘coronation’ on Monday before party members have a chance to vote.

The former Chancellor returned to London from his constituency in Yorkshire late on Thursday after Liz Truss’s dramatic resignation as Prime Minister.

His team are targeting a knockout blow in the contest by gaining so much backing that rivals Boris Johnson and Penny Mordaunt have to drop out.

Mr Sunak hit the phones to drum up support from Tory MPs yesterday while allies were seen in Parliament getting his campaign into gear. He received a major boost last night as former Cabinet colleague Sajid Javid – who supported Miss Truss in the last contest – declared he was backing Mr Sunak. 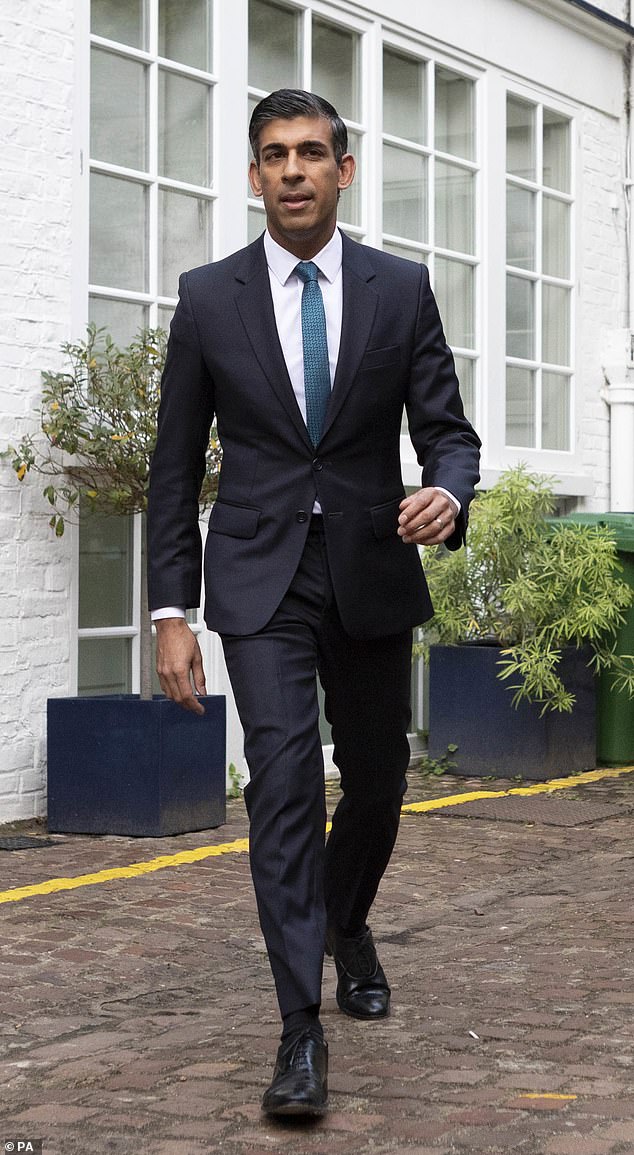 A source close to Mr Sunak’s campaign said: ‘The focus at the moment is not on doing deals – it is about getting as many MP backers as possible.

‘The rules set a very high bar. You need 100 nominations, and that is going to be a struggle for some people.

‘The more supporters Rishi has the less there are available for anyone else.’

Former health secretary Mr Javid said Mr Sunak ‘has what it takes to match the challenges we face’.

He wrote on Twitter: ‘Our responsibility as public servants is to make decisions in the national interest, especially at a time like this.

‘It is abundantly clear that Rishi Sunak has what it takes to match the challenges we face – he is the right person to lead our party and take the country forward.’

Mr Javid stressed: ‘I also believe it is in the national interest to have a strong Conservative Party. The only way for our party to reclaim our values and recover our reputation for stewardship is to move on from mistakes of the past and come together to focus on the future.’ 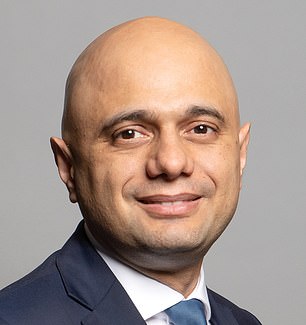 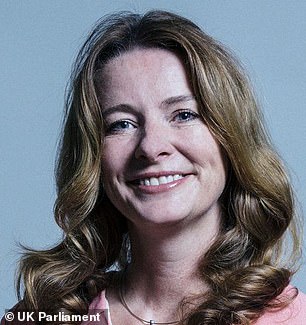 Mr Javid and Mr Sunak had resigned within minutes of each other from Mr Johnson’s Cabinet in July, triggering his downfall. Paymaster General Chris Philp also declared his backing for Mr Sunak yesterday, saying: ‘I think he will serve our country’s national interest very well in the months and years ahead through globally turbulent times. I hope the party unites around whoever wins in the national interest.’

Former minister Johnny Mercer also announced his support for Mr Sunak – and said he ‘could not put himself or his constituents through another Boris Johnson leadership’.

He told BBC Radio 4’s PM programme: ‘I think now we need to clearly come behind someone who is capable, professional, calm, competent and will deliver Government in a way people expect. For me, that is Rishi Sunak.’

Many of Mr Sunak’s backers have said he is the candidate to unite the fractious Tories rather than Mr Johnson and Miss Mordaunt. Senior backbencher Mel Stride said: ‘If the Conservative Party wishes to get back into political contention and avoid the loss of a vast number of seats at the next general election then we need to unite with Rishi Sunak.’

And health minister Robert Jenrick said Mr Sunak will ‘unite’ the party and ‘lead our country with integrity, judgement and competence’. 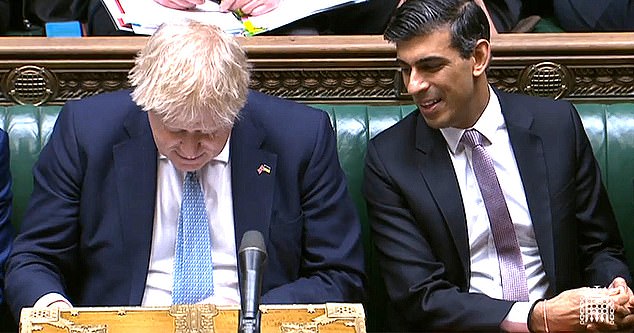 Rishi Sunak already has more than 70 backers, putting him well ahead of Boris Johnson currently

The total number of MPs who had publicly announced their support for the ex-chancellor rose to more than 70 last night – placing him well ahead of Mr Johnson and Miss Mordaunt.

Sources close to Mr Sunak said he was focusing on winning over as many MPs as possible and had not spoken to Mr Johnson. He dramatically quit Mr Johnson’s Cabinet over their different approaches to the economy. Allies last night suggested that the economic differences that led to the split were likely to be even bigger now than in July.

But Tory backbencher Paul Bristow, who is backing Mr Johnson, told BBC Breakfast: ‘We’re facing a crisis as a party. We could go down and be completely wiped out without Boris Johnson as our Prime Minister… Boris Johnson has a mandate from the members of the party and from the electorate.

‘I’m sure my colleagues will reflect on that when they vote. And we can avoid a general election – we can go out and put this band back together. We can have political heavyweights around that Cabinet table and we can go on and win the next general election. I’m convinced of that.’ Mr Sunak was the original front-runner in the summer Tory leadership race. But he lost out to Miss Truss in the final round following a vote by Tory members amid accusations of back-stabbing and a series of gaffes.

This included a controversial talk in affluent Tunbridge Wells, Kent, in which he boasted that he had diverted money from ‘deprived urban areas’ to wealthier parts.