Trump calls for journalists who broke the Roe v. Wade draft to be JAILED until the source of the leak is found – after Supreme Court revealed they have still not identified who is responsible

Donald Trump on Thursday called for the Politico journalists who broke the news that the Supreme Court would overturn abortion rights to be jailed until they revealed who leaked the draft opinion to them.

‘Arrest the reporter, publisher, editor – you’ll get your answer fast. Stop playing games and wasting time!,’ he wrote on his Truth Social platform.

The former president issued his arrest call after the Supreme Court announced on Thursday that it cannot identify the person who leaked a draft of Dobbs v. Jackson Women’s Health Organization, the opinion that overturned Roe v. Wade, to the news outlet.

The high court released a 23-page report on its investigation into the leak, which rocked the political world when Politico published the draft opinion in May. The court has been seeking to identify the person behind it and is continuing its probe into the matter.

Investigators, however, also found fault with court itself, saying its security policies were out of date and much of the system was built on trust, which made it ‘too easy to remove sensitive information from the building’ – an indication the mystery of the person may never be solved. 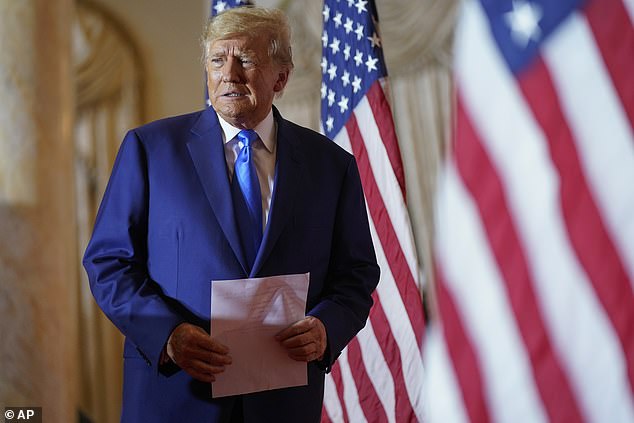 It also did not rule out a printed out copy of the opinion was simply left lying around.

‘It is not possible to determine the identity of any individual who may have disclosed the document or how the draft opinion ended up with Politico,’ the report states. ‘No one confessed to publicly disclosing the document and none of the available forensic and other evidence provided a basis for identifying any individual as the source of the document.’

Timeline on leak as published in Supreme Court report

February 10: The draft Dobbs opinion was sent via email to a distribution list of 70 people consisting of law clerks and permanent court personnel who work on opinions.

May 23: Chief Justice Roberts confirms its authenticity when he orders an investigation into the leak

Trump, in a long post on Truth Social after the report was released, blasted the Supreme Court and its investigative team.

He appointed three of the justices that sit on the current court.

‘The Supreme Court has just announced it is not able to find out, even with the help of our “crack” FBI, who the leaker was on the R v Wade scandal. They’ll never find out, & it’s important that they do. So, go to the reporter & ask him/her who it was. If not given the answer, put whoever in jail until the answer is given. You might add the publisher and editor to the list. Stop playing games, this leaking cannot be allowed to happen. It won’t take long before the name of this slime is revealed!,’ he wrote.

Trump also called for their arrest shortly after their story was published on May 2, 2022.

The final opinion released in the Dobbs case was strikingly similar to the draft opinion that Politico published. The publication resulted in fury from Democrats over the expected setback in abortion rights and suspicions from Republicans the leak was done to ensure the draft opinion stood.

A cyber security breach was also ruled out. 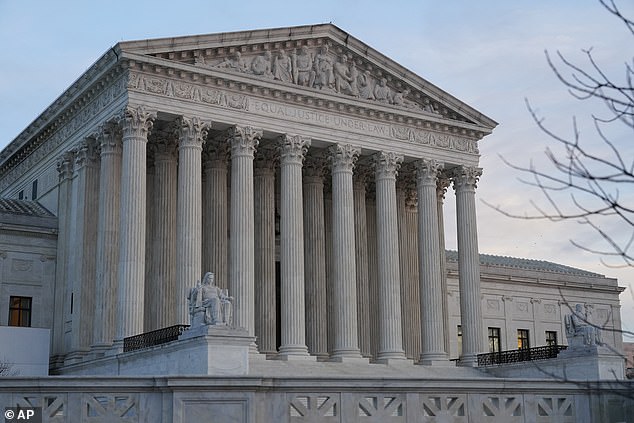 The Supreme Court announced that it cannot identify the person who leaked a draft of Dobbs v. Jackson Women’s Health Organization 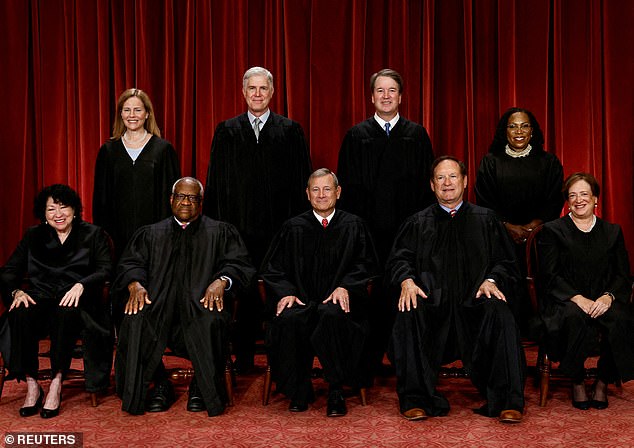 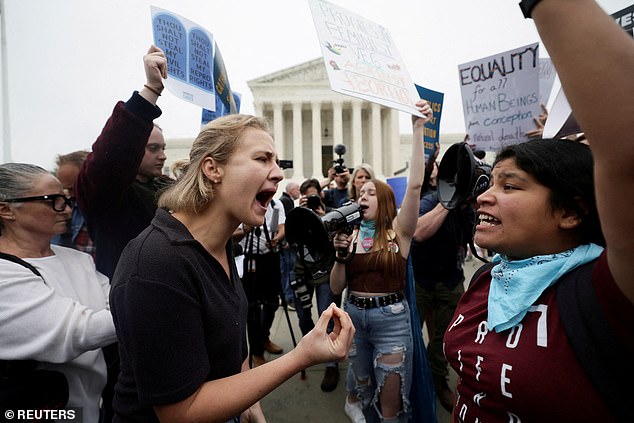 The leak of the draft opinion sparked outrage and protests

‘While investigators and the Court’s IT experts cannot absolutely rule out a hack, the evidence to date reveals no suggestion of improper outside access.’ the court’s report said.

‘After examining the Court’s computer devices, networks, printers, and available call and text logs, investigators have found no forensic evidence indicating who disclosed the draft opinion,’ the report stated.

They also could not rule out an accidental breach – such as a copy of the draft simply left lying around.

‘Investigators also cannot eliminate the possibility that the draft opinion was inadvertently or negligently disclosed – for example, by being left in a public space either inside or outside the building,’ the report noted.

Politico’s publication eight months ago of the draft opinion by Samuel Alito was the first time an opinion became public before the court was ready to announce it.

Chief Justice John Roberts ordered the investigation the next day into what he called an ‘egregious breach of trust.’

‘To the extent this betrayal of the confidences of the Court was intended to undermine the integrity of our operations, it will not succeed,’ he said at the time. ‘The work of the Court will not be affected in any way.’

The investigation was conducted by the court’s marshall. It found 80 people had access to the draft opinion. And 34 people said they printed it out – sometimes more than once.

As part of its probe, the court’s team conducted 126 formal interviews of 97 employees, ‘all of whom denied disclosing the opinion,’ the report said. Investigators also went through laptops and cell phones, including call and text logs.

Several court employees did admit they had told their spouses or partners about the draft opinion, which is a violation of the court’s confidentiality rules.

It wasn’t determined that any of those discussions led to a copy of the draft opinion becoming public.

Investigators are still conducting their search.

‘To the extent that additional investigation yields new evidence or leads, the investigators will pursue them.’ the report noted.

The five conservative judges on the court overturned Roe – the landmark case that legalized abortion – with the ruling, which was authored by Justice Samuel Alito.

Roberts sided with the court’s three liberals on the matter.

But the leak shook the court to its foundations. The secretive body took pride in its lack of leaks. And it frayed relationships among the justices.

Alito called the leak a ‘grave betrayal of trust by somebody, and it was a shock’ that led to a ‘changed’ atmosphere at the court. Justice Clarence Thomas compared it to infidelity.

The decision also led to protests outside the court and threats to several of the justices. Alito and Justice Brett Kavanaugh had protesters outside of the D.C. area homes.