A murder suspect’s dramatic getaway attempt comes to an end when he crashed his truck into a big rig after leading police on a dangerous three-county chase through Southern California’s freeways, footage from NBC Los Angeles showed.

The black pickup truck getaway attempt began at 5:30 p.m., according to the local station, and lasted about two hours.

The driver and a female passenger were reportedly taken into custody in Ontario after slamming into the truck.

The suspect is wanted for murder and assault with a deadly weapon against a police officer, according to a dramatic live helicopter report from ABC 7.

The truck was weaving in between cars at speeds of about 90 mph during the pursuit — which wound through San Diego, Riverside and Los Angeles Counties, ABC’s affiliate said. 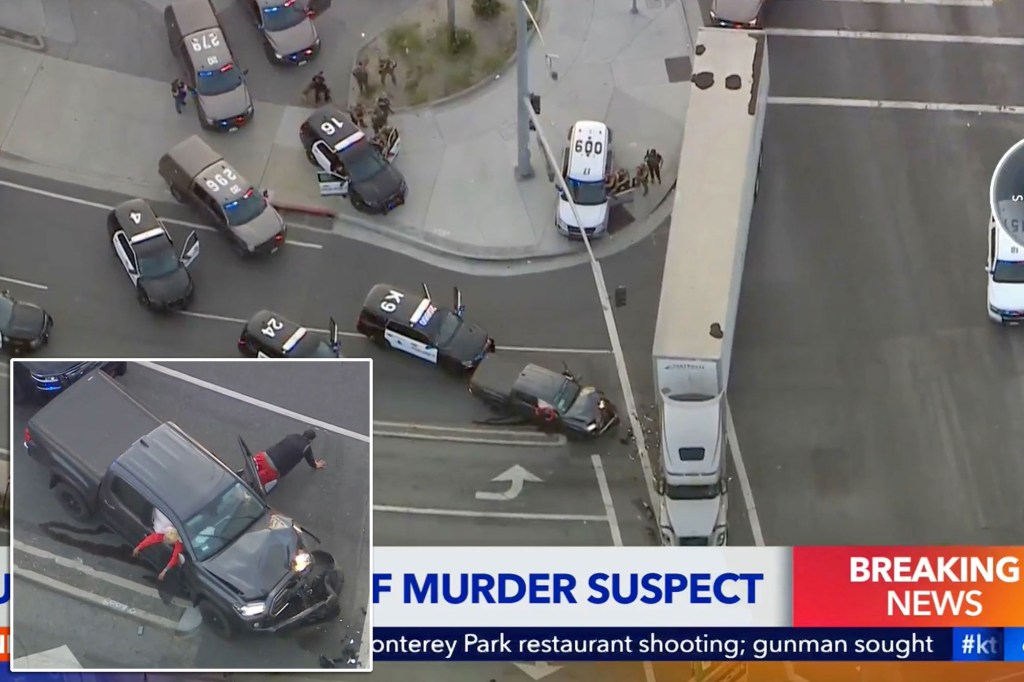 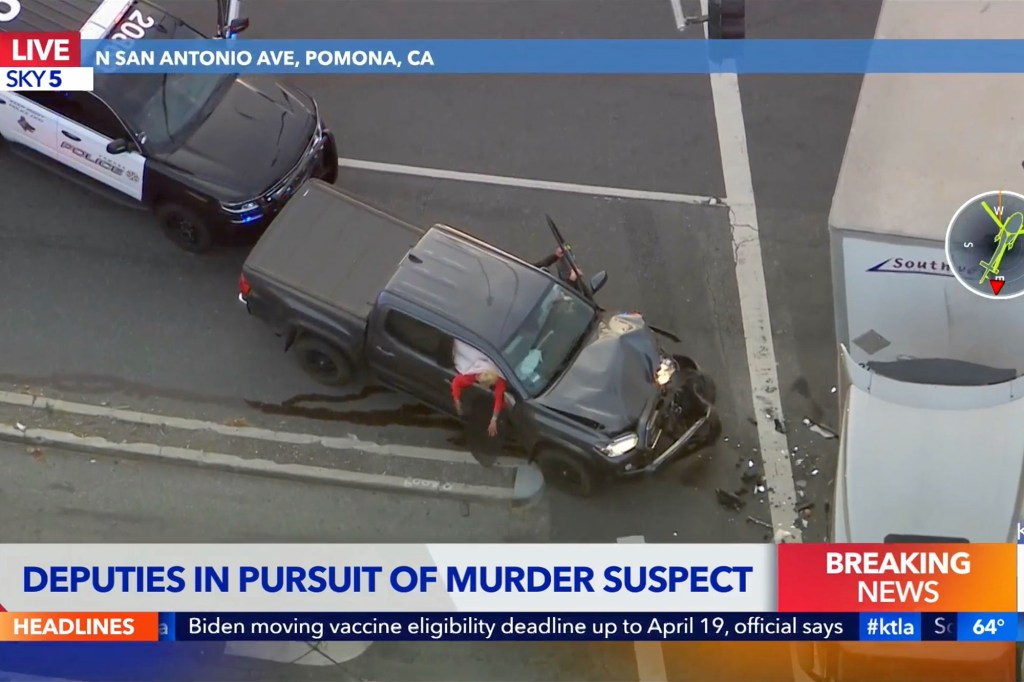 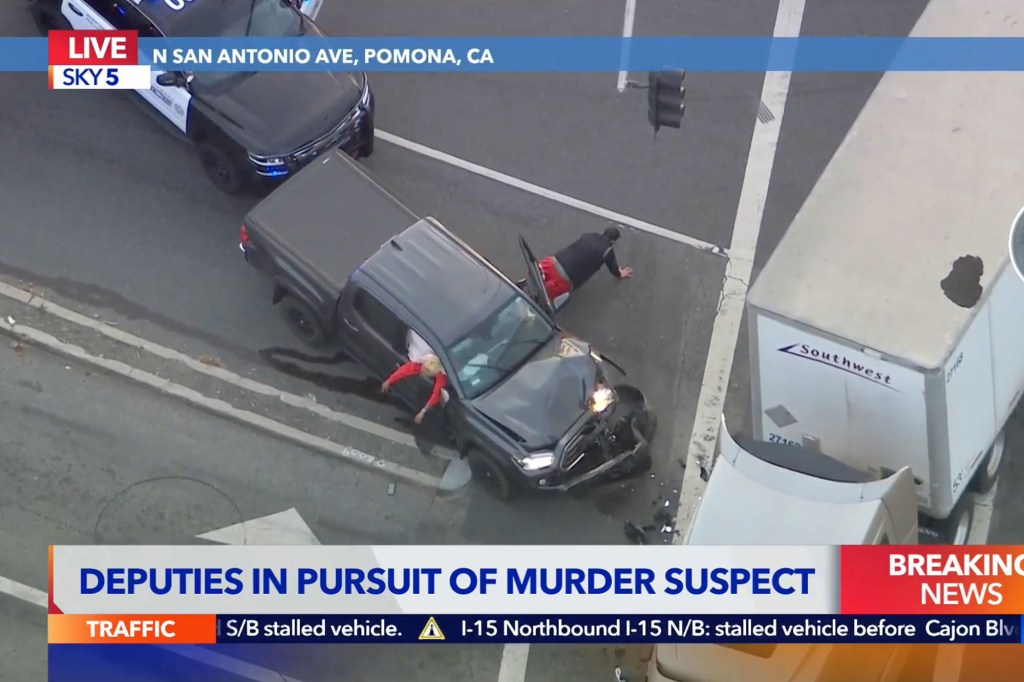 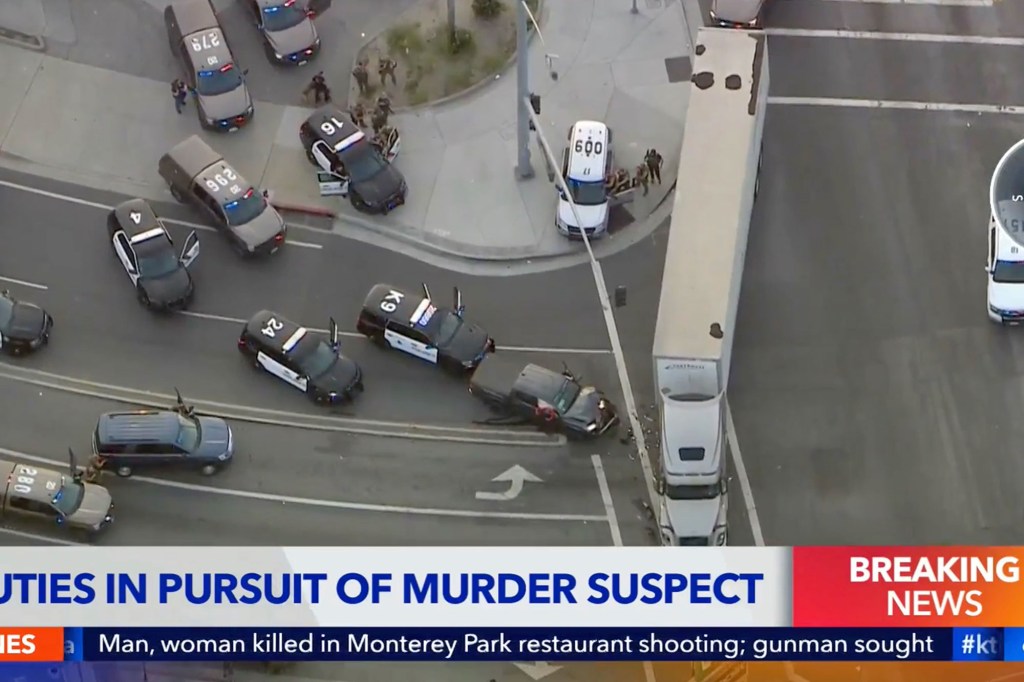