‘I’m traumatised by this terrible invasion of my privacy’: Piers Morgan jokingly hits back at ‘Megsflix whine-a-thon’ after Sussexes took aim by playing clips of him as couple describe ‘upset’ at Meghan ‘stealing limelight’

Piers Morgan has hit back at Prince Harry and Meghan Markle after they targeted him in the latest installment of their Netflix docuseries.

Harry and Meghan took aim at Mr Morgan as they claimed other members of the royal family were left bitter after Meghan ‘stole the limelight’.

As the pair discussed a turn in their relationship with the media after a lengthy tour of Australia, an audio clip aired of Mr Morgan describing the Duchess as a ‘rockstar’ that was ‘not a good thing’ for the family.

He said: ‘Putting aside what I think about her, she’s becoming a royal rockstar. 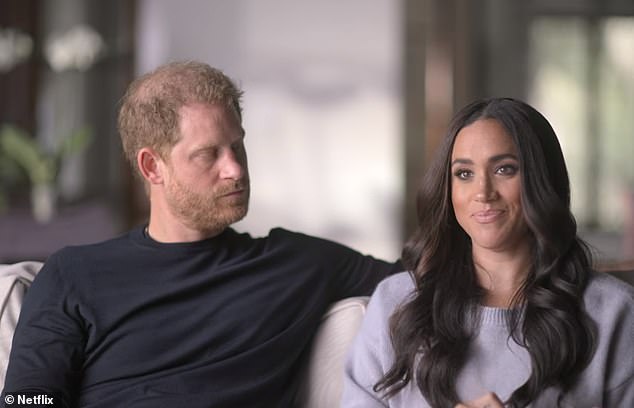 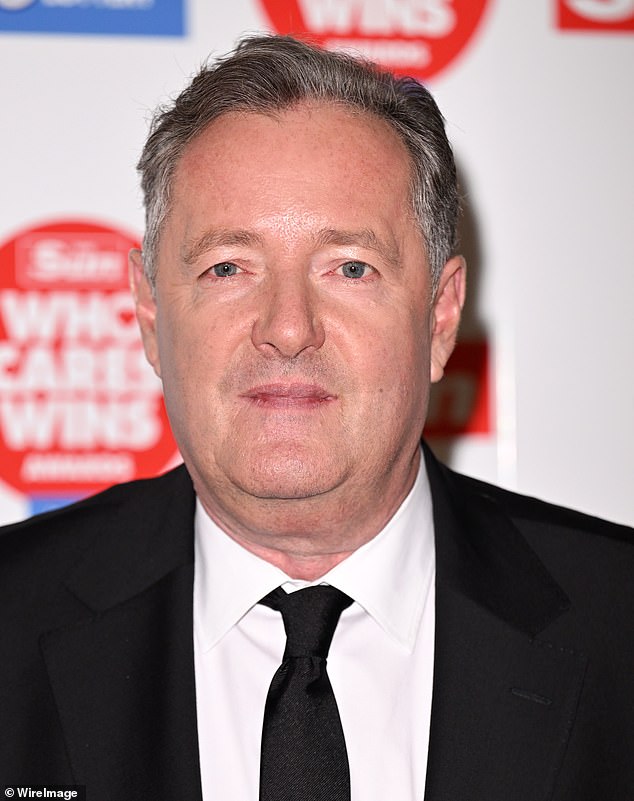 ‘Bigger, I would argue as a couple, than William and Kate. That’s probably not a good thing in the long term.’

Piers Morgan has been an outspoken critic of the couple and sparked controversy himself after he walked off set of Good Morning Britain after he was confronted over comments he made attacking the Duchess’s comments over having been suicidal.

But Mr Morgan hit back on Twitter as he told his followers on Thursday morning: ‘I’m being regularly heard/quoted in this second instalment of the Megsflix whine-a-thon.

‘I’m traumatised by this terrible invasion of my privacy.’

He later added: ‘Their incessant whining is so insufferably exhausting.’

His comments appear to reference the couple’s complaints about their treatment by the UK media made during the series.

He later described the latest episodes as ‘a grotesque and sickening betrayal’.

Taking aim at Prince Harry, he wrote: ‘Prince Harry publicly trashing his brother William, branding his father King Charles a liar, and attacking his grandmother the late Queen for doing nothing.

‘This is such a grotesque and sickening betrayal of his family.’

Episode four of the couple’s Netflix series aired the clip immediately before Harry took aim at the rest of the royal household.

He claimed there is an expectation within the family that anyone who ‘is marrying in’ should be no more than a ‘supporting act’.

He said: ‘The issue is that someone who is marrying in should be a supporting act.

‘If they are stealing the limelight or doing the job better than the person who was born to do this this, that upsets people, that shifts the balance, because you’ve been led to believe that the only way that your charities succeed or the only way that your reputation can be grown or improved is if you are on the front page.

‘But the media are the ones who chose who to put on the front page.’

Moments earlier, Harry and Meghan discussed their tour of Australia in 2018 when Meghan was pregnant with Archie.

The tour was a huge success for the royal couple, as friend Lucy Fraser told the docuseries: ‘I think Australia was a real turning point because they were so popular with the public, the internals at the palace were incredibly threatened by that.’

During the tour the Duke and Duchess of Cambridge announced they were expecting a baby.

Harry joked: ‘We had to, you were showing already.’

The couple claim it was after this tour that media giants changed their attitude towards them due to their popularity.

Harry and Meghan have accused members of the royal household of ‘leaking’ stories to the media after becoming bitter that Meghan stole ‘the limelight’.

Experts quoted in the documentary said the media began portraying the ‘angry black woman’ stereotype in relation to the Duchess and that stories had a ‘connotation and a tone that was incredibly demeaning.’

Referring to coverage of the Duchess of Sussex in the press, the duke said:

‘No-one would have private conversations with the editors saying “Enough”.

In episode four of Netflix’s Harry & Meghan, he said: ‘My dad said to me “Darling boy, you can’t take on the media, the media will always be the media”. And I said “I fundamentally disagree”.

‘I have 30 years’ experience of looking behind the curtain and seeing how the system works and how it runs. Just constant briefings, about other members of the family, about favours inviting the press in.

‘It’s a dirty game. There is leaking but there is also planting of stories. So if the comms team want to be able to remove a negative story about their principal they will trade and give you something about someone else’s principal.’