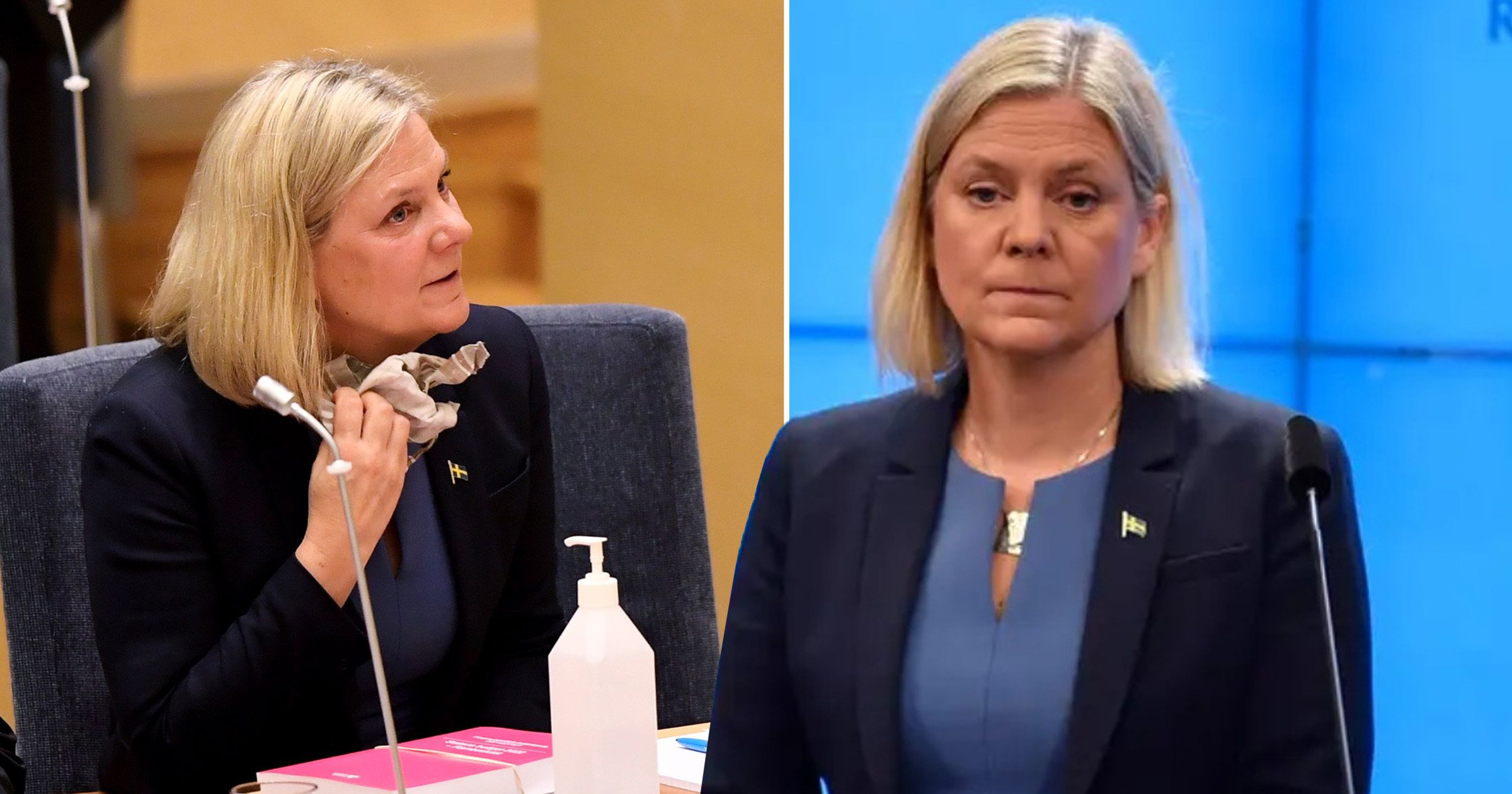 Sweden’s first female prime minister stepped down on the same day as being appointed to the role.

Social Democrat Magdalena Andersson was selected as leader by a single vote in the country’s parliament – but resigned yesterday after lawmakers voted down her budget in favour of one co-authored by the nationalist Sweden Democrats.

Ms Andersson’s coalition partner, the Green Party, quit government following the vote and said they could not accept one ‘drafted for the first time with the far-right’, according to the BBC.

The outgoing prime minister told a news conference: ‘For me, it is about respect, but I also do not want to lead a government where they may be grounds to question its legitimacy.

‘A coalition government should resign if a party chooses to leave the government.

‘Despite the fact that the parliamentary situation is unchanged, it needs to be tried again.’

She has since informed speaker Andreas Norlen that she is still interested in leading a one-party government, with Mr Norlen reportedly set to consult party leaders on what happens next.

A new government is expected to be formed tomorrow, when it is believed Andersson will establish a two-party minority government with the Greens.

The 54-year-old was supported by 117 MPs during a vote on her appointment, with those against just short of the parliamentary majority of 175 needed to block her from taking office.

Exactly 57 lawmakers abstained from voting, while one politician was absent.

Following her selection, Ms Andersson said: ‘I have been elected Sweden’s first female prime minister and know what it means for girls in our country.’

The victory saw her replace Stefan Lofven as party leader and prime minister, after he stepped down from both roles earlier this year.

He had been leading a ‘caretaker’ government in the Nordic country until a new government was formed.

Sweden’s next general election is due to take place in September 2022.