The right wing bloc was credited with a majority of 176 of 349 seats in parliament, with the left bloc trailing just behind on 173.

With the vote deemed too close to call, election authorities said they did not expect a final result until Wednesday when the last ballots from abroad and from advance voting had been counted.

But the populist, anti-immigration Sweden Democrats were unquestionably the biggest winners of the night with a strong showing of nearly 21 per cent – their best result.

The party gained on promises to crack down on shootings and other gang violence, which have shaken a sense of security for many in Sweden.

‘Our goal is to sit in government. Our goal is a majority government,’ Sweden Democrats party leader Jimmie Akesson told a crowd of cheering supporters on Sunday evening.

Party secretary Richard Jomshof meanwhile told public television SVT he ‘didn’t believe’ other parties would be able to freeze out the Sweden Democrats again and expected to have a strong influence on the country’s politics.

‘We are so big now… it is clear we should have a spot on parliamentary committees’, he said. 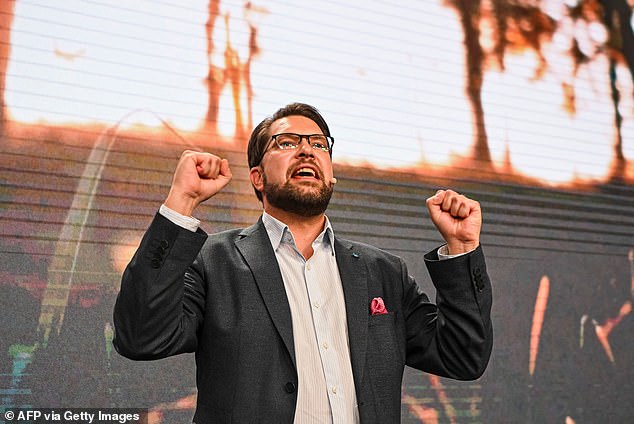 The leader of the Sweden Democrats Jimmie Akesson attends the party’s election watch in Nacka, near Stockholm, Sweden, September 12, 2022 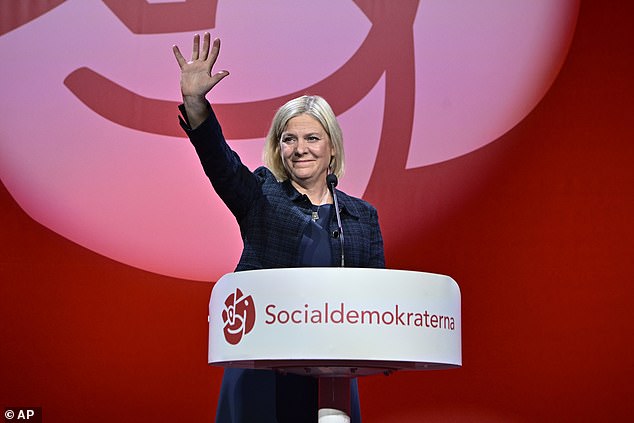 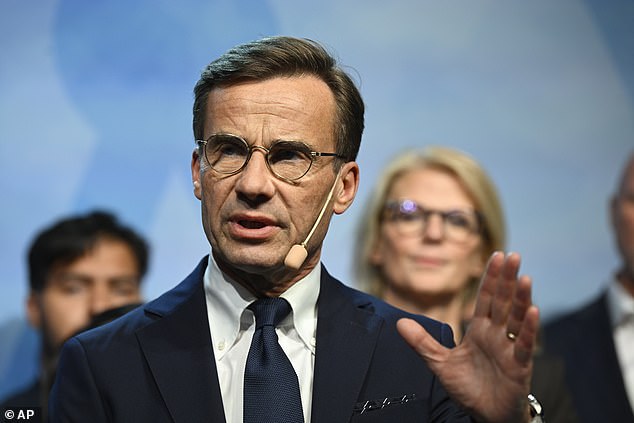 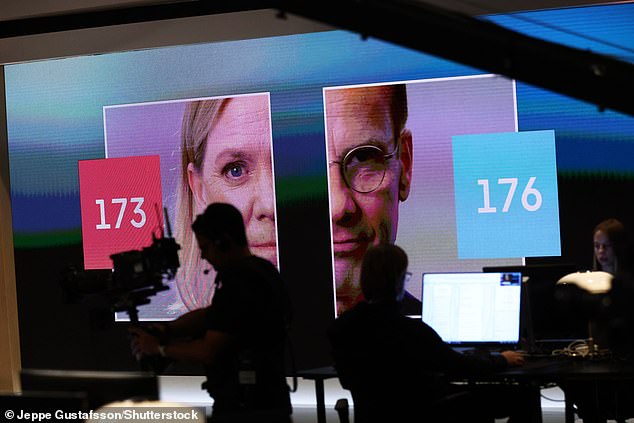 The Swedish parliamentary elections, election day, during Sunday in Stockholm, Sweden Sveriges Television’s broadcast displays a graphic illustrating how close the contest is between the left and right blocs

Prime Minister Andersson, a former finance minister, campaigned on building a government with the support of the small Left, Centre and Green parties.

The Social Democrats have governed Sweden since 2014 and dominated the political landscape since the 1930s.

The Social Democrats remain the largest party with 30.5 per cent of the vote.

But the Moderates and two other smaller right-wing parties have for the first time tied up with the anti-immigration and nationalist Sweden Democrats, creating a right-wing bloc which may well oust Andersson from the premiership.

The far-right Sweden Democrats entered parliament in 2010 with just 5.7 per cent of votes and have long been treated as ‘pariahs’ by other political parties.

With 20.7 per cent of the vote, they are now the country’s second-biggest party for the first time, overtaking the Moderates – the traditional leaders on the right. 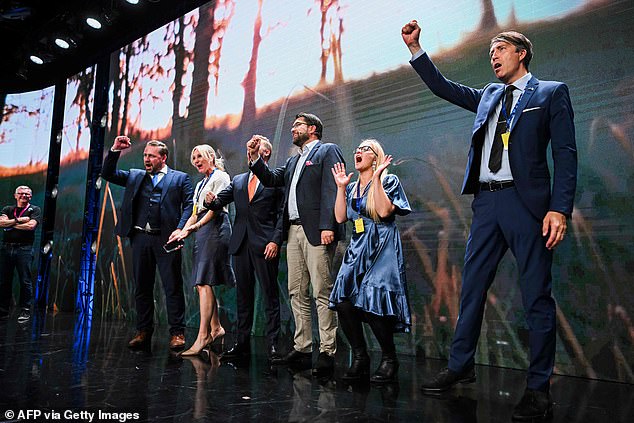 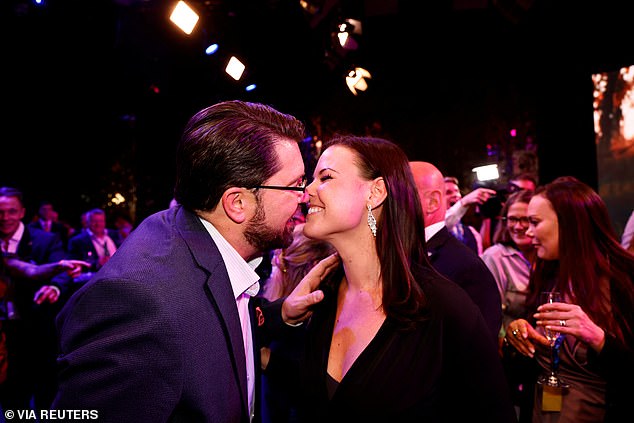 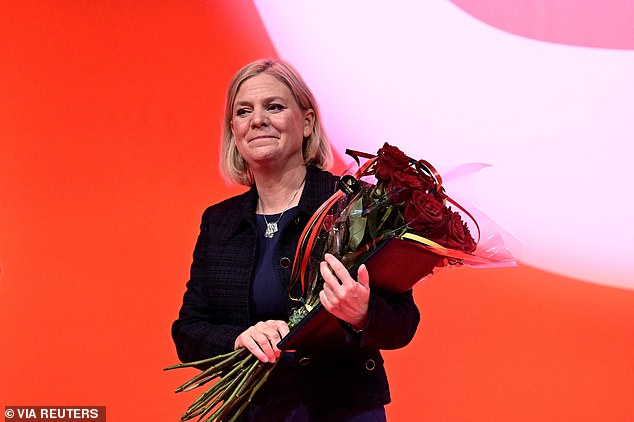 The Social Democrats, led by Prime Minister Magdalena Andersson, remain the largest party with 30.5 per cent of the vote

Both blocs are beset by internal divisions that could lead to lengthy negotiations to build a coalition government.

On the right wing, the Liberals have said they are opposed to the Sweden Democrats being given cabinet posts, political scientist Katarina Barrling noted.

They would prefer for the far-right to remain in the background providing informal support in parliament.

But the end of the Sweden Democrats’ political isolation and its rise to become the biggest right wing party, is ‘an enormous shift in Swedish society’, said Anders Lindberg, an editorialist at left-wing tabloid Aftonbladet.

Born out of a neo-Nazi movement at the end of the 1980s, the party began expelling extremists but voters long viewed it as unacceptable.

Sweden Democrat’s meteoric rise to become the largest right-wing party this year comes off the back of a large influx of immigration.

The country of around 10 million people has taken in almost half a million asylum seekers in a decade.

It also comes as Sweden struggles to combat escalating gang shootings attributed to battles over the sale of drugs and weapons.

Crime was one of far-right voters’ top concerns in the run up to this election – a problem the Sweden Democrats have vowed to confront head-on.