Sylvester Stallone and Jennifer Flavin, his wife of 25 years, are divorcing.

On Aug. 19, she filed for dissolution of marriage in Palm Beach County, Fla., according to online records.

The couple began dating in 1988 — after the Rocky star and the model had an unplanned meeting that year at a Beverly Hills restaurant — but broke up in March 1994. That one was a shock to her, as he infamously broke it off with a six-page letter delivered via FedEx. (She later learned that he had been having an affair with another model, Janice Dickinson, and that he thought he had fathered the child Dickinson was expecting. He hadn’t.) 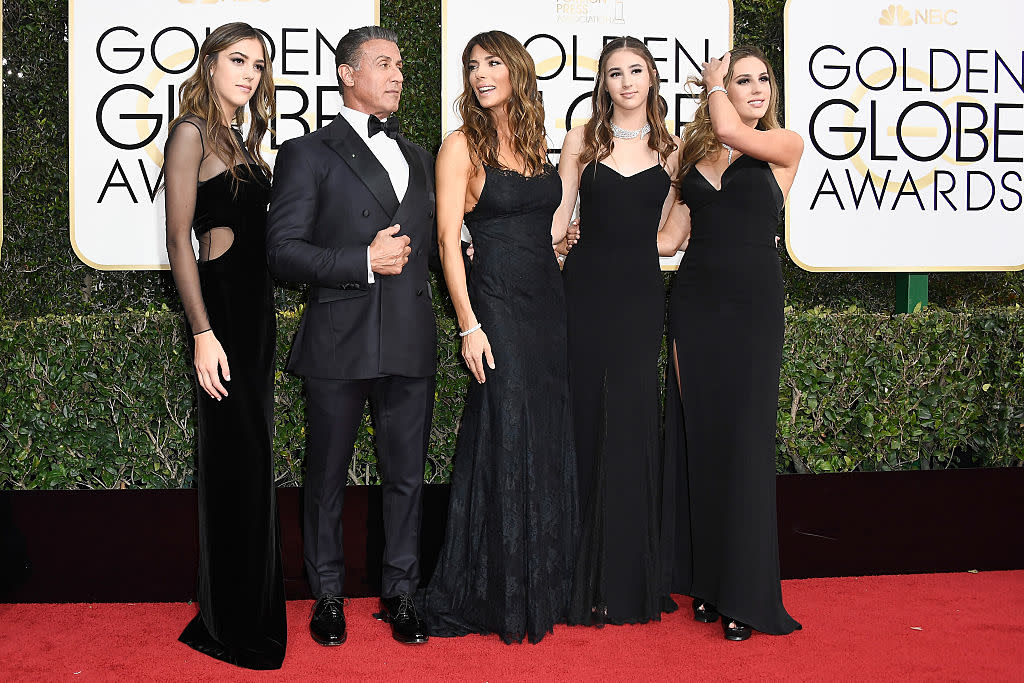 “I love my family,” Stallone told Yahoo Entertainment via a rep. “We are amicably and privately addressing these personal issues.”

Flavin gave her own statement to People: “I’m sad to announce that after 25 years of marriage I have filed for divorce from my husband Sylvester Stallone. While we will no longer be married, I will always cherish the more than 30-year relationship that we shared, and I know we are both committed to our beautiful daughters.”

In May, Stallone sent his wife a loving message recognizing their special day.

“Happy 25th anniversary to my amazing wife,” Stallone captioned several pictures of the couple and their daughters. “There is not enough words to describe what this incredibly selfless dedicated, patient, woman has meant to our lives and I only wish they could be another 25! Thank you sweetheart!”

Stallone has divorced before. He was married to Sasha Czack from 1974 to 1985. He and Czack shares adult son, Seargeoh, and the late Sage, who appeared in Rocky V and died of heart disease at 36 in 2012. The Expendables actor also was married to his Rocky IV co-star Brigette Nielsen from 1985 to 1987.