Heroin-related deaths, however, fell to the lowest number since 2015, as the effect of the pandemic on the drug market and availability changed patterns of consumption, while pharmaceuticals remained the most frequent contributor to overdose deaths.

New drug overdose death statistics released by the Coroners Court of Victoria on Thursday revealed there were 526 overdose deaths in the state last year, an increase of 10 from the year before.

The report found that while there had been concerns the pandemic could see drug deaths increase due to unemployment, isolation and mental health strains, this hadn’t been reflected in the data.

“Overall it is still too early to draw any firm conclusions on how the pandemic might affect overdose
deaths in Victoria, and overdose death is only one measure among many of the burden of drug-related harms,” the report found.

Pharmaceutical drugs continue to contribute to more than three-quarters of drug overdoses in Victoria, while alcohol is a factor in almost a third, and illegal drugs contributed to just over half of overdose deaths.

‘The ones prescribed by doctors, made available by hospitals, you can purchase in the pharmacy, they’re the ones that are killing most Victorians.’

Sam Biondo, the executive officer of the Victorian Alcohol and Drug Association, said the number of overdose deaths recorded in Victoria last year was concerning, particularly the large number of people dying as a result of overdosing on pharmaceutical drugs.

“That’s legal substances. We focus on illicit substances constantly yet the ones prescribed by doctors, made available by hospitals, you can purchase in the pharmacy, they’re the ones that are killing most Victorians,” he said.

Mr Biondo said limited international and domestic trafficking, restricted market conditions, and a lack of other substances during the pandemic would have had an impact on these trends, and the statistics were in line with what treatment centres had been telling them in terms of presentations.

He said a drop in fatal heroin overdoses was “generally good news”.

“We think a large contributor to this reduction [in heroin deaths] has happened in the latter part of 2020 and, probably, you’ll see there’s probably changed market conditions that are impacting. In Yarra, in North Richmond, due to probably the supervised injecting room, heroin-related fatal overdoses reduced from 17 in 2019 to nine.” 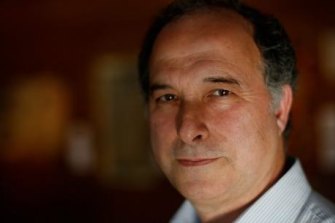 “As Victorian coroners have repeatedly explained, the primary role of an MSIR is not to reduce overdose death (though this is hoped to be a long-term benefit deriving from their operation),” the report reads.

“An MSIR is a vital public health service because it creates opportunities to engage people who use drugs in wellbeing discussions; to assist them with any medical issues they may be having; to help them connect with housing and Centrelink and other support services they may need; to provide education on safer drug use; and to link them with treatment if they request assistance to manage their drug use.”

Synthetic drugs, or “new psychoactive substances” (NPS), which are manufactured to mimic the effects of “classic” drugs like cannabis and cocaine, contributed to more deaths in 2020 than in any previous year: 33 deaths last year, compared to 17 the year before.

While the report suggested that better detection could have contributed to the rise, it also said it could reflect changes in the unregulated drug markets and the access to and use of illegal drugs during the pandemic.

“They’ve increased from two fatal overdoses in 2017 to 33 in 2020,” said Mr Biondo. “These substances are produced to mimic … MDMA and cannabis, but they’re in fact, much more harmful than the classic substances, and the consumers are generally unaware of how dangerous they can be.

“You buy them on one occasion and they are very different from the next occasion. If they’re not produced properly then you can get a spike in the active ingredient that can be very harmful.”

In April, Victorian Coroner Paresa Spanos called for the state government to urgently implement public drug testing following the deaths of five young Melbourne men. She has also recommended the state government roll out an early warning network to alert the public to dangerous drugs in the community.

A 2020 inquest into the men’s deaths found they mistakenly consumed a cocktail of synthetic drugs they believed were MDMA or magic mushrooms.

Mr Biondo said the “pragmatic” reforms recommended by the coroner were supported by VAADA.

“We noticed the increased presence of these sorts of substances mixed with say heroin or with other substances. So there’s a substitution factor in combination that makes for an overall bad arrangement, and that can lead to deaths,” he said.

“It may be because of market conditions, it might be because of COVID that the importation arrangement changed, it could have been easier to get in some things and not others. And then that became problematic on the ground.”

“We know that drinking changed under COVID. And there was an increase in drinking occurring in the home, there is increased availability by home delivery. It was an ‘essential service’. It is supported by all political parties. So it’s not surprising that this number is so high.”

The State Coroner, Judge John Cain, said the report would give the public and those working in the alcohol and drug sector access to important information.

“Trends in drugs involved in overdose deaths are always changing, which highlights the need for timely data and policies that reduce harms,” he said.

deaths, drug, H, Spike, synthetic
You may also like: