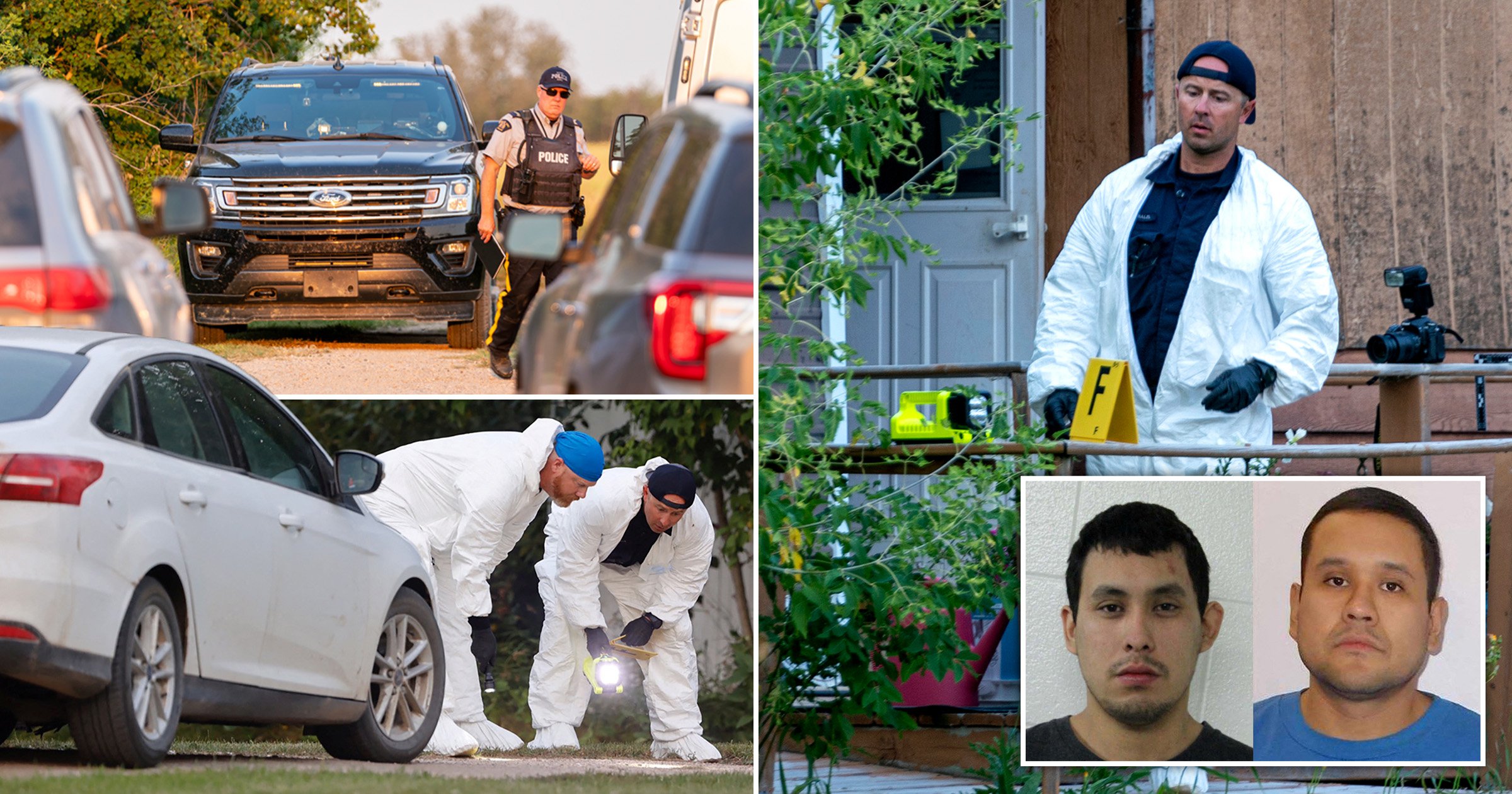 Ten have been killed and at least 15 injured in a mass stabbing in a Canadian indigenous community – with a major manhunt launched for two suspects.

Dead or wounded people were found spread across 13 crime scenes in Saskatchewan on Sunday.

Some victims are believed to have been specifically targeted while others were randomly knifed in what is one of the deadliest killings in the country’s modern history.

A mother-of-two and a widower, 77, are reported to be among the dead, while more victims could be identified after taking themselves to hospital.

Pictures have been released of Damien Sanderson, 31, and Myles Sanderson, 30, the two men named as suspects by the Royal Canadian Mounted Police. They are believed to be travelling in a black Nissan Rogue.

The public has been warned to take ‘appropriate precautions’ as the knifemen remain at large.

‘Do not leave a secure location. Use caution allowing others into your residence. Do not approach suspicious persons. Do not pick up hitch-hikers’, police said.

No motive is known but a statement from indigenous leaders suggested the attacks may be linked to drugs.

Federation of Sovereign Indigenous Nations, which represents 74 First Nations in Saskatchewan, said: ‘This is the destruction we face when harmful illegal drugs invade our communities.’

Extra resources ‘for public safety’ were deployed as thousands descended on nearby Regina for a bank holiday Canadian Football League game yesterday.

Canadian Prime Minister Justin Trudeau has described the violence as ‘horrific and heartbreaking’, saying he was thinking of the victims’ families.

Meanwhile, the province’s premier, Scott Moe, tweeted he had no words to ‘adequately describe the pain and loss caused by this senseless violence’.

The Saskatchewan Health Authority said patients were being treated at several sites.

‘A call for additional staff was issued to respond to the influx of casualties’, authority spokeswoman Anne Linemann said.

Rhonda Blackmore, assistant commissioner of the RCMP Saskatchewan, said: ’It is horrific what has occurred in our province today.’