A Tennessee school bus driver says he is thanking “the good Lord I’m still here” after strong winds flipped over the vehicle while he was still inside.

The incident happened Monday in Trousdale County as Don Robinson was preparing his bus for his daily route, according to WZTV.

“It just all of a sudden, the rain come real hard and then the wind, then the bus started shaking right then, and I just thought well you know it’s just shaking a little bit. It went on and rolled over and I said, well I can ride it,” he told the station. 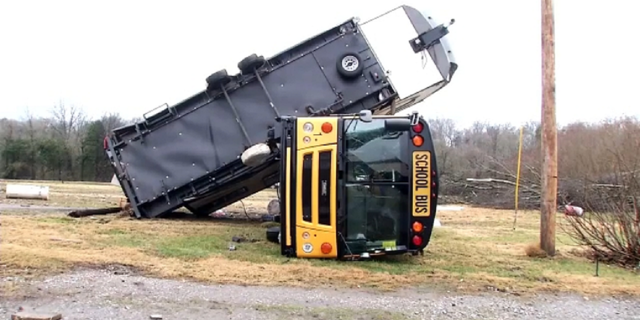 Robinson added that he didn’t have a seatbelt on since he was warming up the bus on his property and that no children were inside at the time it flipped over, WZTV reported.

Footage captured by the station also showed that a camper vehicle landed on top of the school bus. 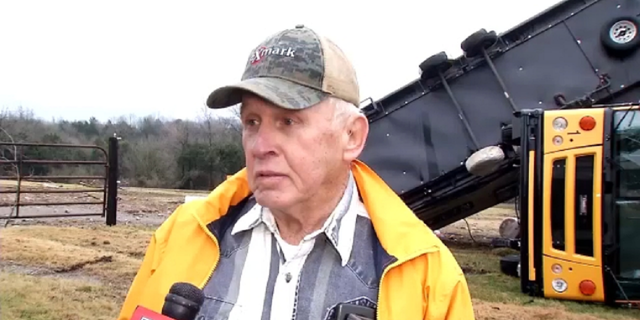 Don Robinson said his grandson had to help him get out of the bus after it flipped over. (WZTV)

“It’s like riding one of these rides at a fair, you know it slings you out and you just ride it,” Robinson told WZTV. “It wasn’t bad. I’ve been in a wreck before. I just rode it. That’s all I could do.”

He said his grandson who lives with him had to help pull him out of the vehicle. 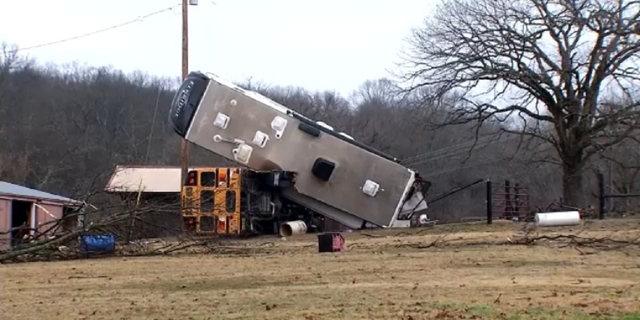 No students were inside the vehicle at the time of the incident. (WZTV)

He escaped without injury, but the siding of his house was torn off in the severe weather amongst other damage on his property, the station reports.