Amsterdam: Dutch Crown Princess Catharina-Amalia is under heightened security due to concern that she could be targeted by criminals, Dutch news agency ANP reported on Thursday, citing her parents.

“She can hardly leave the house,” ANP quoted Queen Maxima as saying during a state visit to Sweden with her husband King Willem-Alexander. 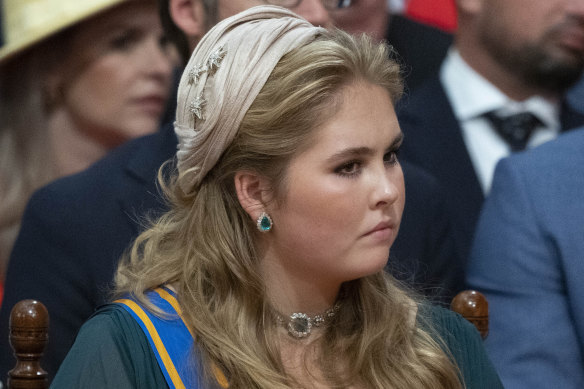 Amalia, 18, heir to the Dutch throne, began studying at the University of Amsterdam last month and had moved into an apartment in Amsterdam, but the royal couple now said concerns for her safety have forced her to move back to Huis ten Bosch royal palace in The Hague.

Last month, several Dutch media outlets reported that the princess, whose formal title is Princess of Orange, was under heightened security due to fears that criminal gangs may target her for kidnapping or an attack.

Dutch police and the country’s secret service have declined to discuss security arrangements around the Royal House.

Dutch Prime Minister Mark Rutte on Thursday evening said he could not specify the details of the threats.

Princess Amalia started her politics and economics degree last month and was living in rented accommodation she shared with several other students in Amsterdam before she has had to move back home.

“This is terrible news, for her in the first place,” Rutte told reporters. “Everyone involved is doing everything possible to make sure she is safe.”

“The consequences are very difficult for her,” ANP quoted Maxima as saying. “There is no student life for her like others have.“