THIS is the terrifying moment an elephant went on a rampage at a wedding after it got spooked by firecrackers.

Footage shows the massive elephant flipping cars and trashing the venue after it got startled by the noise. 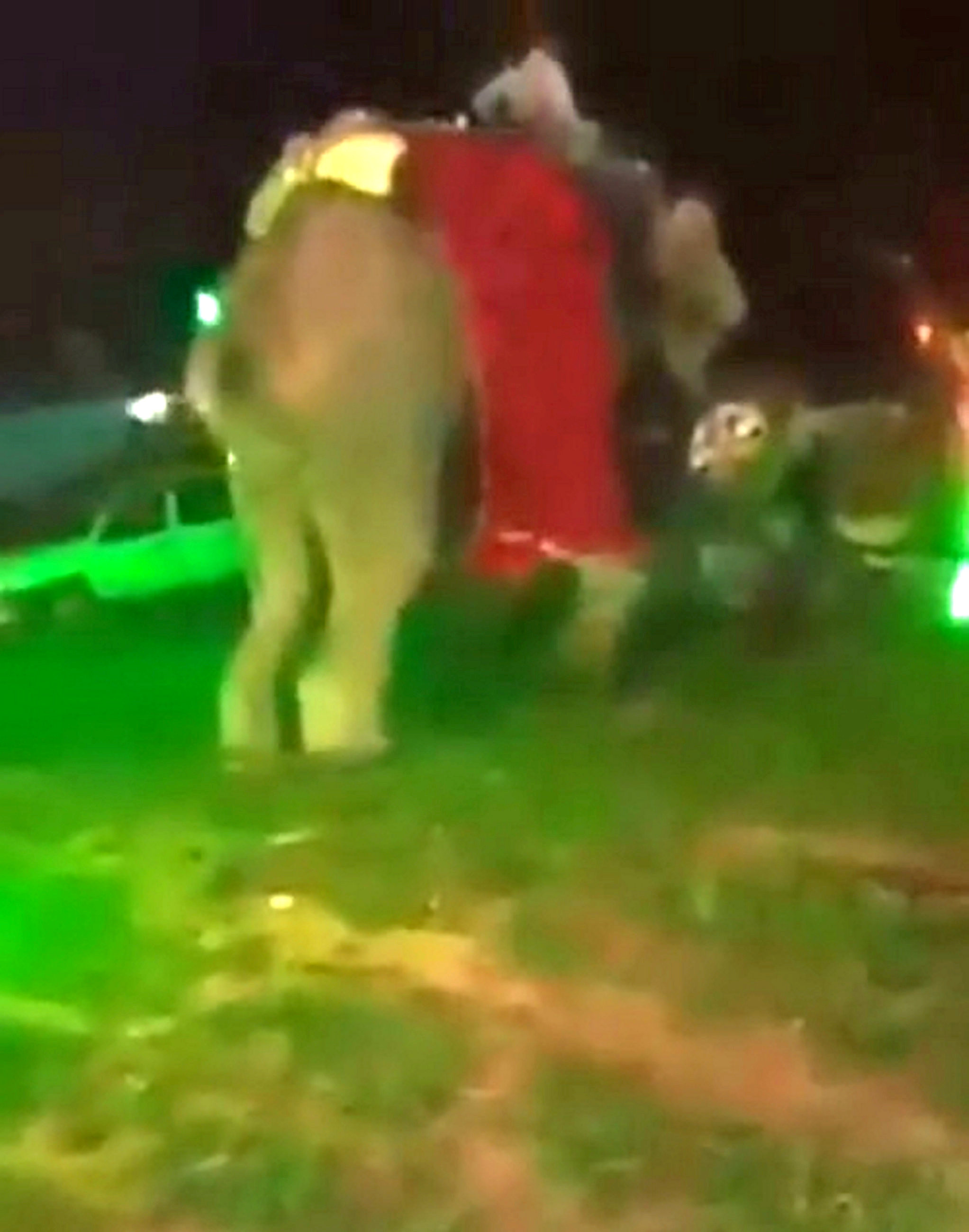 Meanwhile, panicked guests can be seen fleeing the scene.

The incident took place during a wedding  in Uttar Pradesh, India on Friday.

When the groom Anand Tripathi, who was riding the animal was being welcomed, firecrackers were burst.

As soon as the elephant which was hired for the celebration, heard the noise it started becoming agitated.

The Sarai Inayat police the animal caused damage in the venue and flipped six cars during the rampage, the Times of India report.

Police added that no one was injured in the incident. 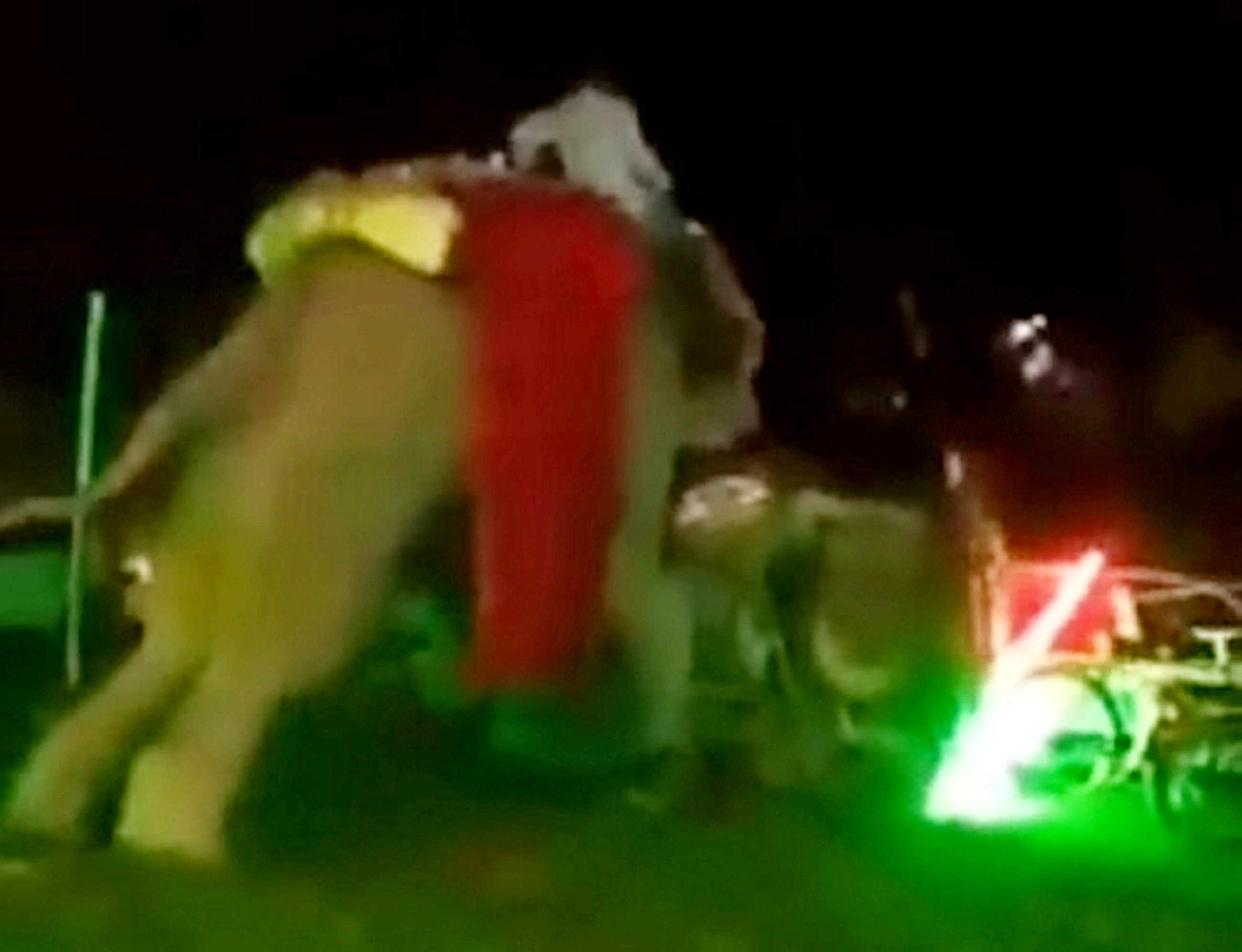 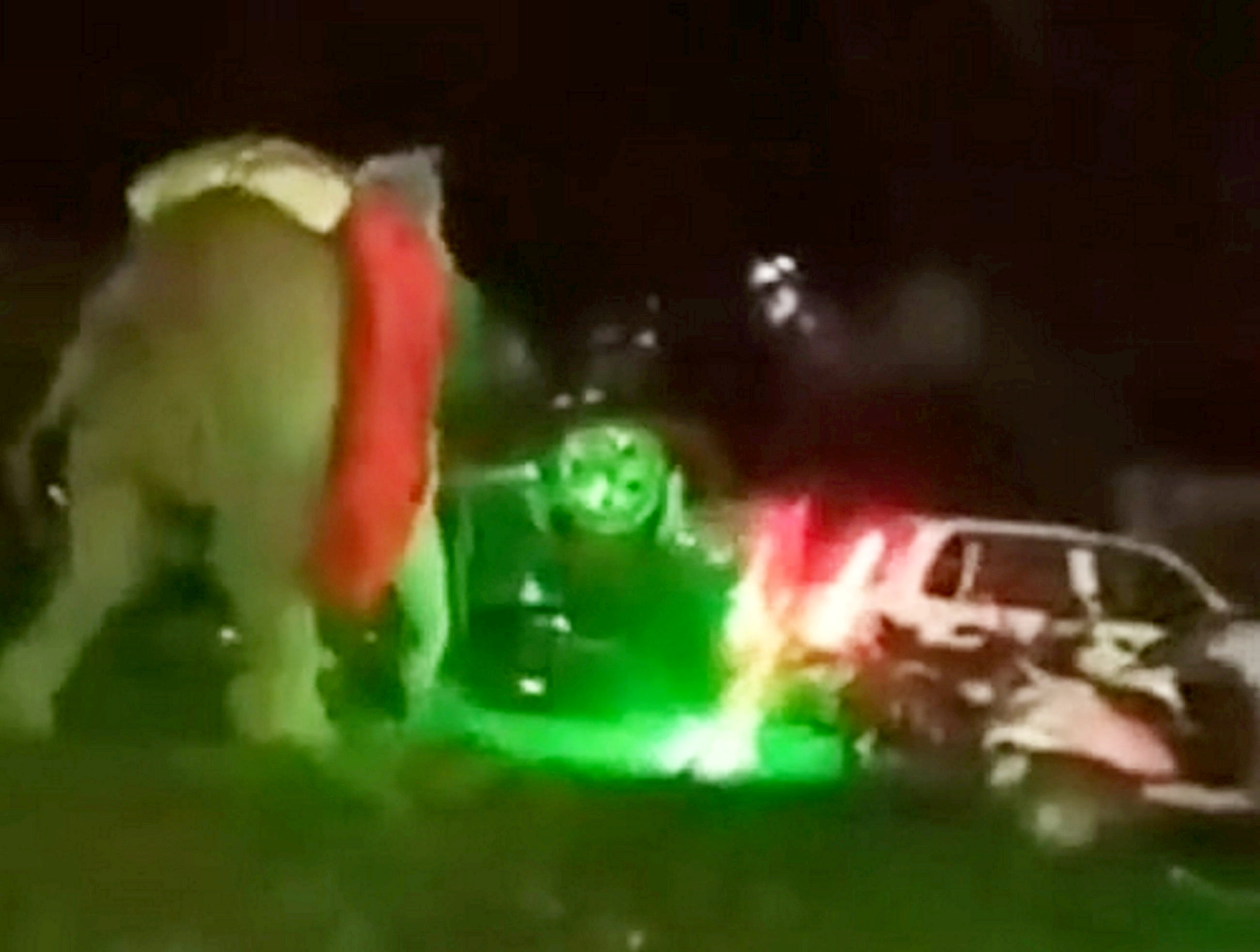 Authorities who arrived at the scene were eventually able to bring the elephant under control.

Back in January an elephant disembowelled and trampled a man to death in a horror attack in Kenya.

73-year-old Charles Mutisya, was attacked by the animal as he worked on his farm in Makueni.

‘Justice for Noor’: Outcry over beheading of ex-diplomat’s daughter