BEACHGOERS and tourists at a popular location in Mexico had quite the scare recently from a creature in the water.

However, it wasn't a Great White Shark chomping at the feet of nearby surfers or circling the shore of the beach. 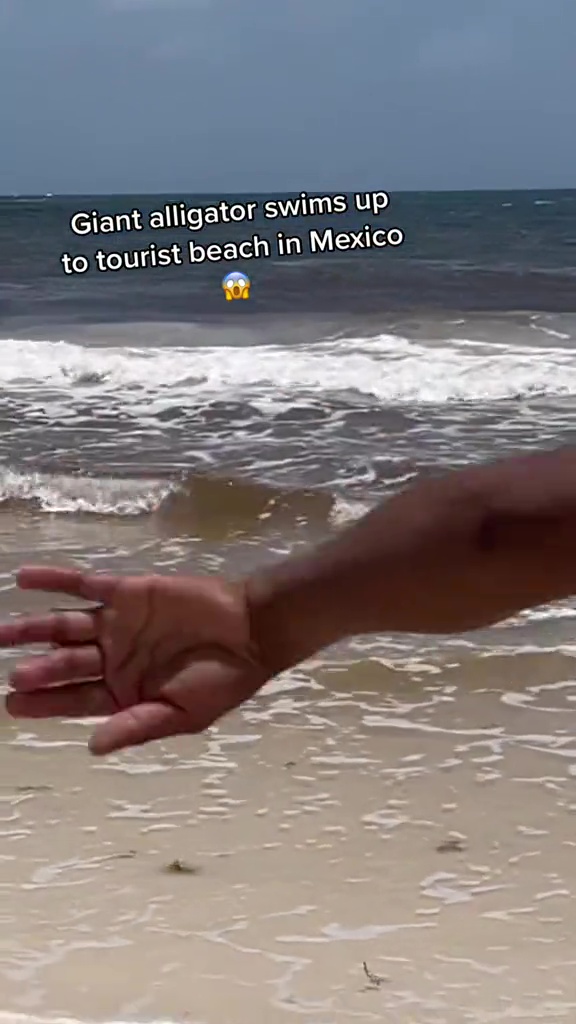 According to a TikTok posted UNILAD Adventure under the handle @adventureul, what seems to be an alligator got very close to the beach shore.

In the video, there is text at the top with a voiceover noting, "Giant alligator swims up to tourist beach in Mexico 😱."

Beachgoers can be heard in alarm as the body of the supposed alligator swims closer to them, with one urgently exclaiming, "get back, get back."

UNILAD Adventure would caption part of the TikTok, "What do you even do in this situation?!"

Many viewers of the video responded not so much with what they would do, but the fact that the alligator is most definitely a crocodile native to the area.

"Not an alligator but a saltwater crocodile," says one TikToker.

Another viewer would explain, "In south Mexico are saltwater crocs.. (mostly on the pacific side but also in reality tourist places, ejemplo banco chinchirro)."

One commenter would urgently explain how careful tourists should be in that kind of situation: "Crocodile. And saltwater crocs are extremely dangerous. Like real bad."

Although Oceana has noted that a saltwater crocodile's native habitat usually rests more toward Australia and the Eastern Indian oceans, there have been plenty of sightings in Mexico recently.

A young boy even recently escaped being pulled underwater by a saltwater crocodile in Tulum, Mexico recently.

Websites like TripAdvisor have even proceeded to put out a saltwater crocodile warning to travelers headed to locations like Puerto Vallarta.

It seems as though UNILAD Adventure has captured only one of many recent sightings of saltwater crocodiles at tourist locations in Mexico.