Follow
Home » World News » Terrifying moment perv JUMPS on woman, tackles her to the ground, and gropes her on street in daylight

Terrifying moment perv JUMPS on woman, tackles her to the ground, and gropes her on street in daylight

THE terrifying moment a creep jumped and tackled a woman to the ground before groping her in broad daylight this week was captured on surveillance footage.

The NYPD is desperately hunting for the man seen stalking a 35-year-old woman before his brazen attack in Brooklyn on Monday night. 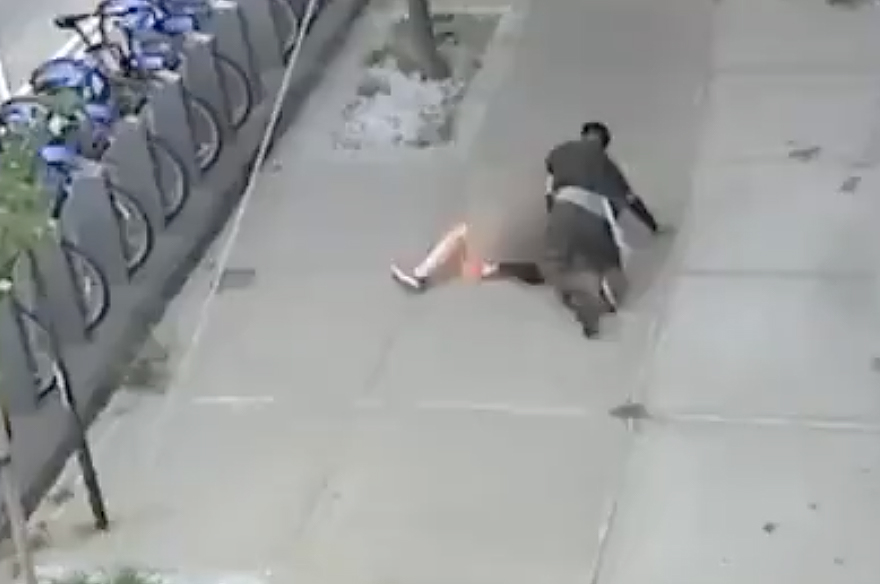 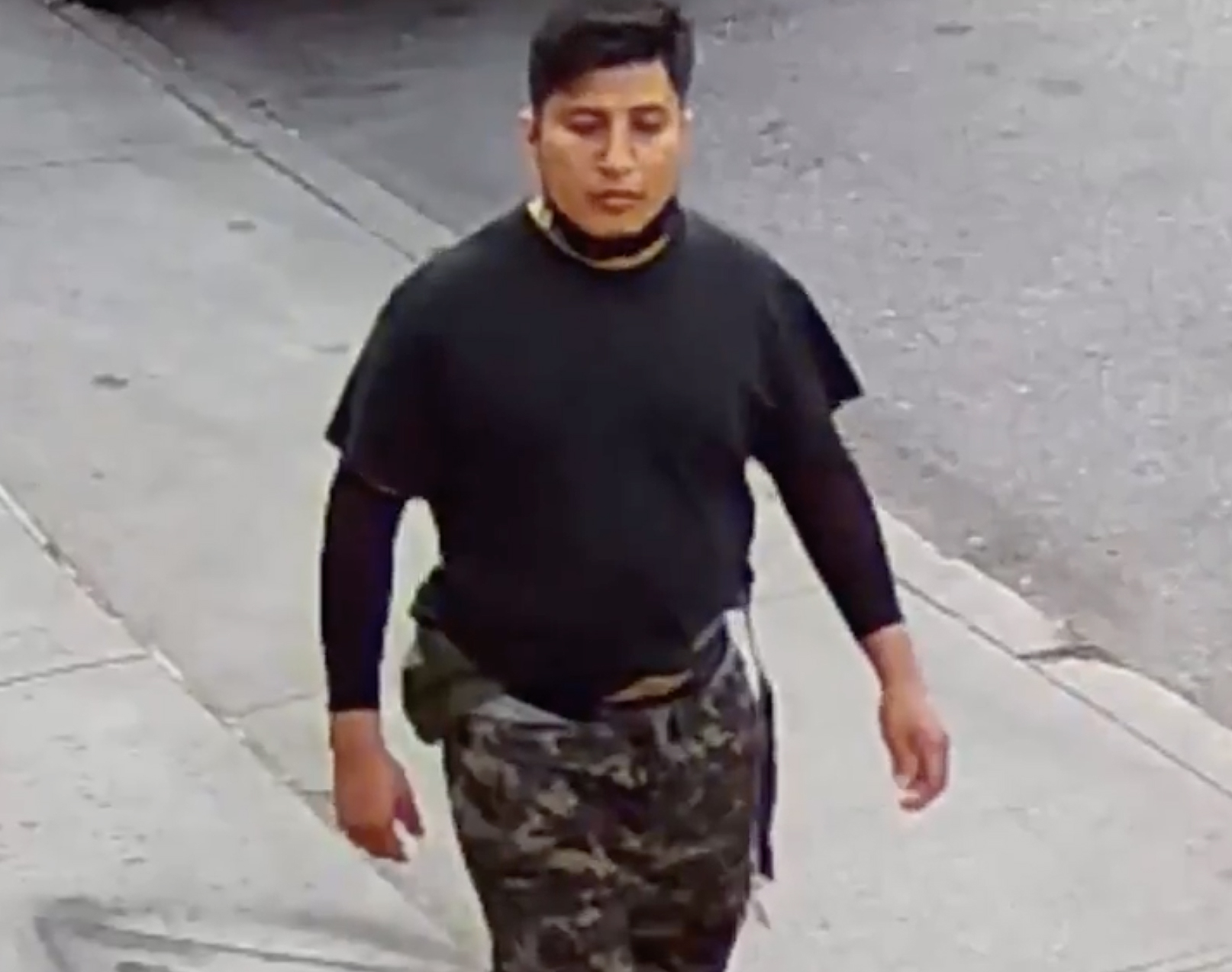 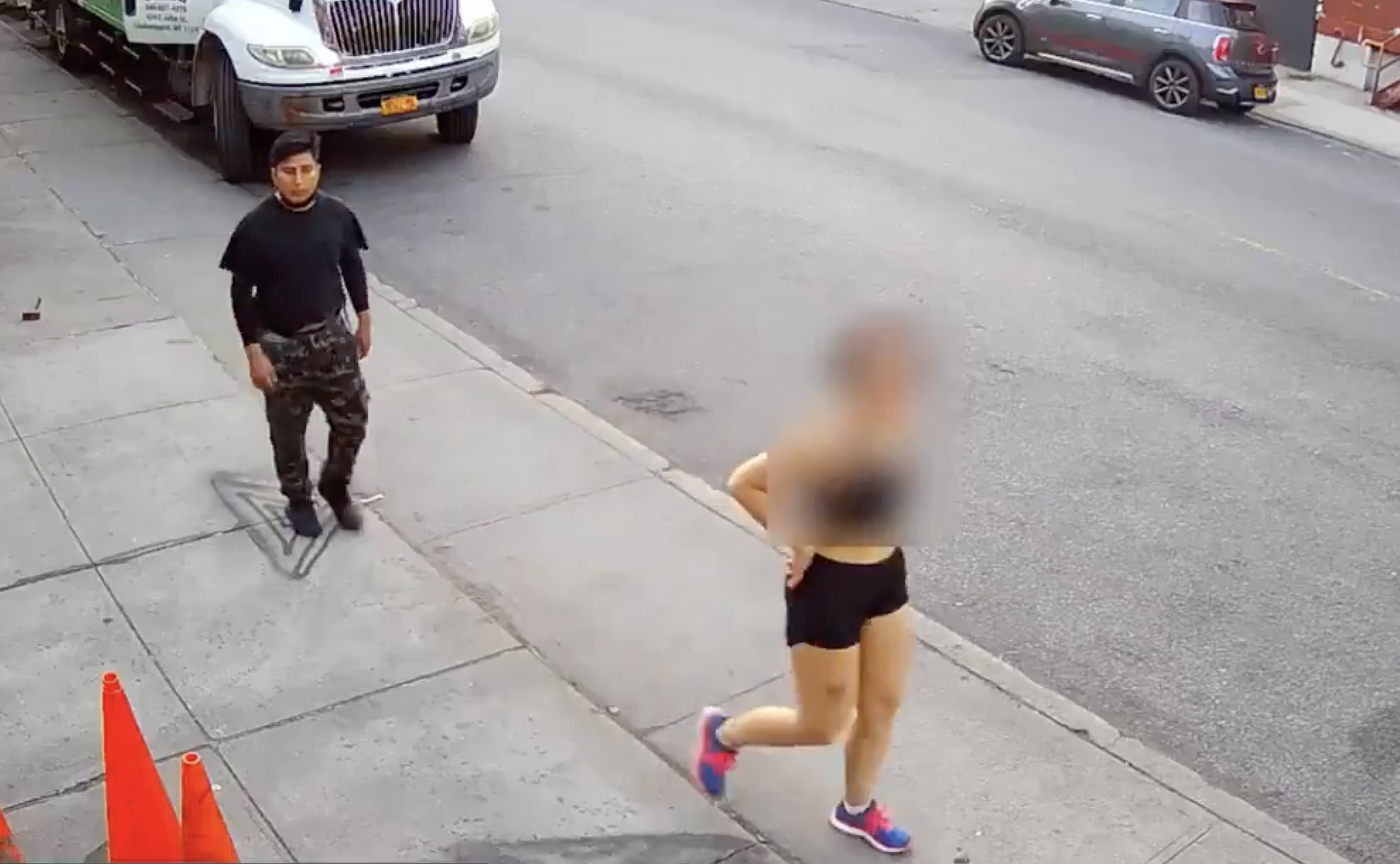 Police released a video of the incident on Thursday, in which the man is seen tracking his victim as she walked in Williamsburg at around 8.10pm.

The woman noticed the man was following her and attempted to lose him, cops say.

She stopped on the sidewalk pretending to look at her phone and allowed the man to walk past her, but he continued to follow his victim once she turned down another street.

The footage then shows how he ran at her from behind and pounced on top of the woman, knocking her to the ground. 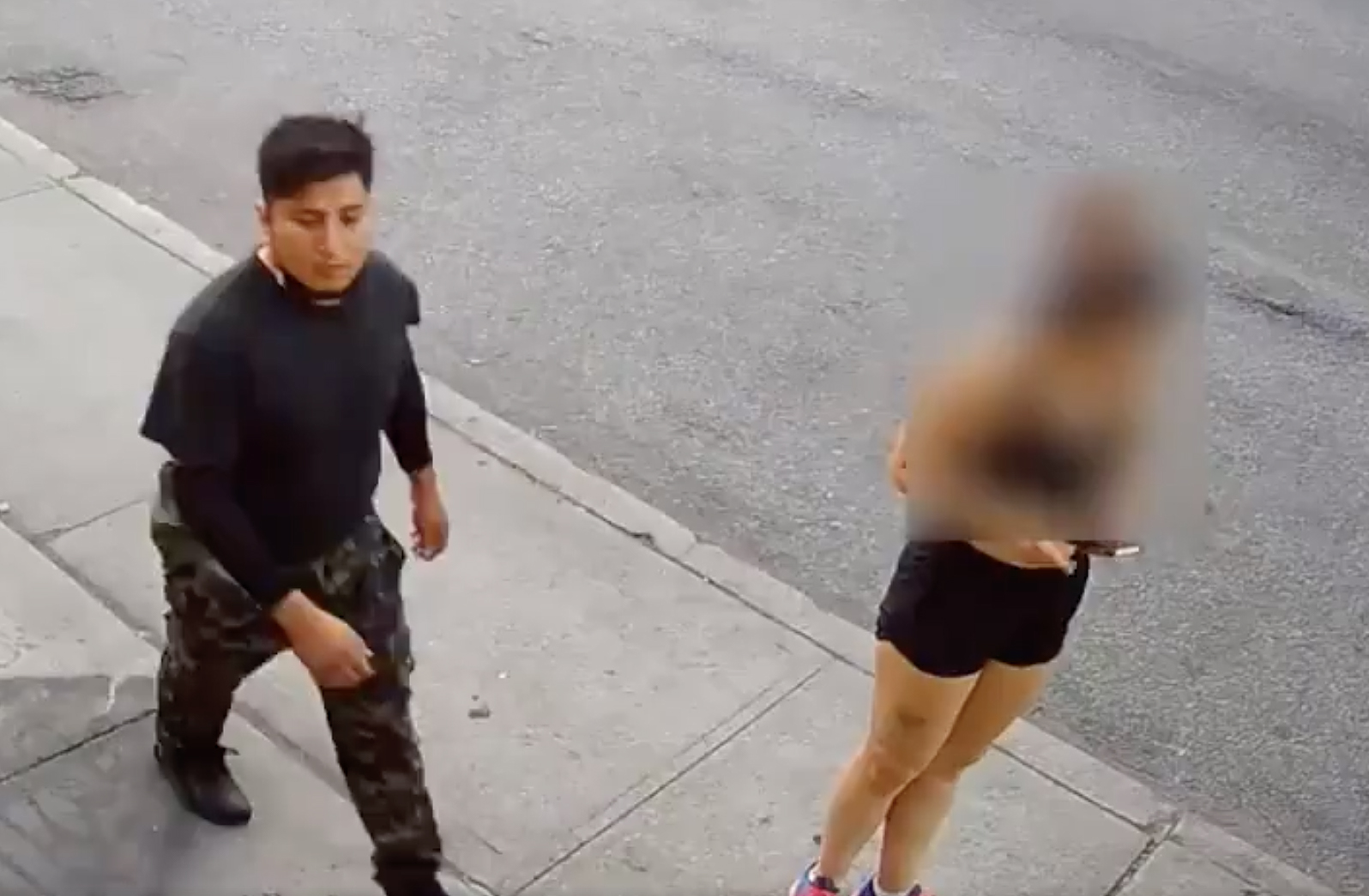 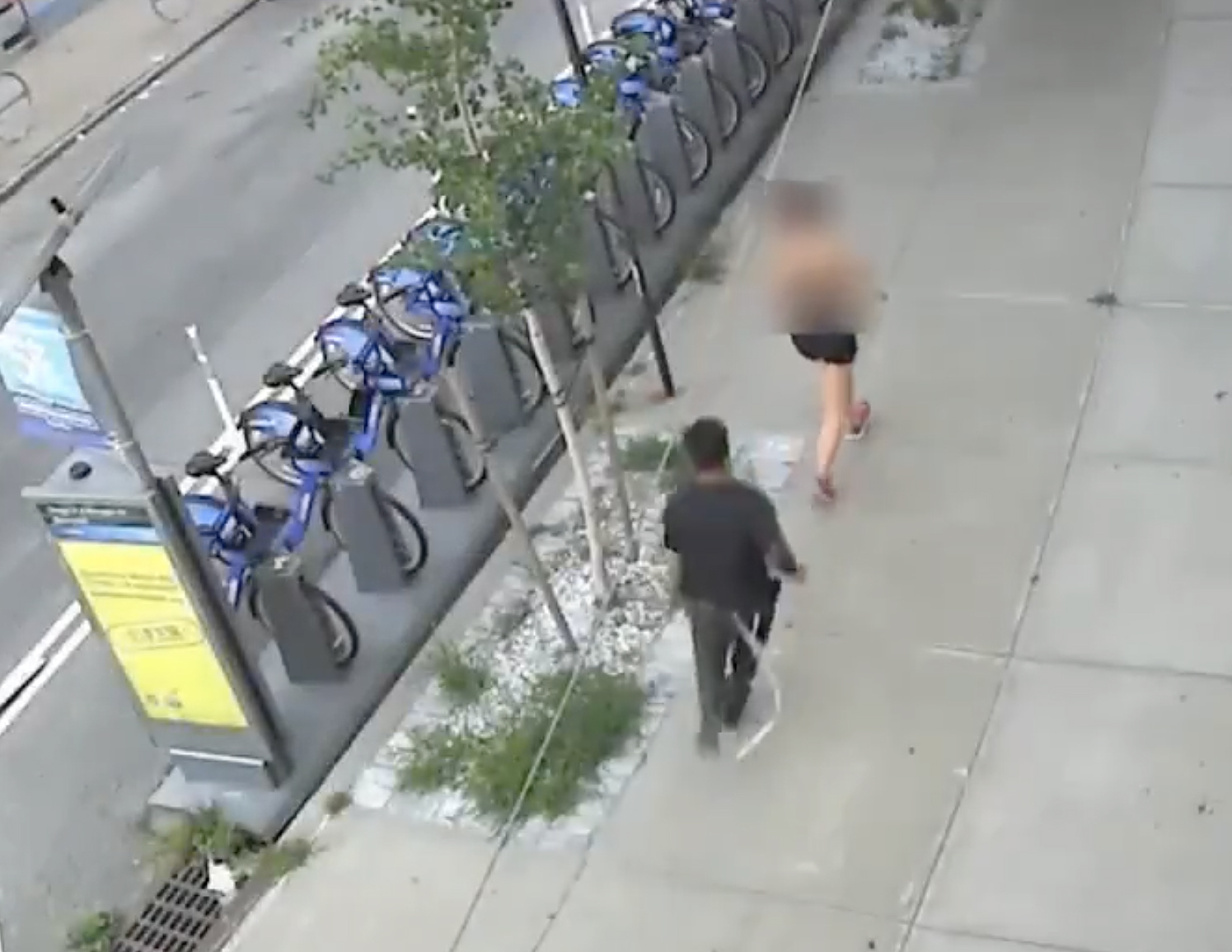 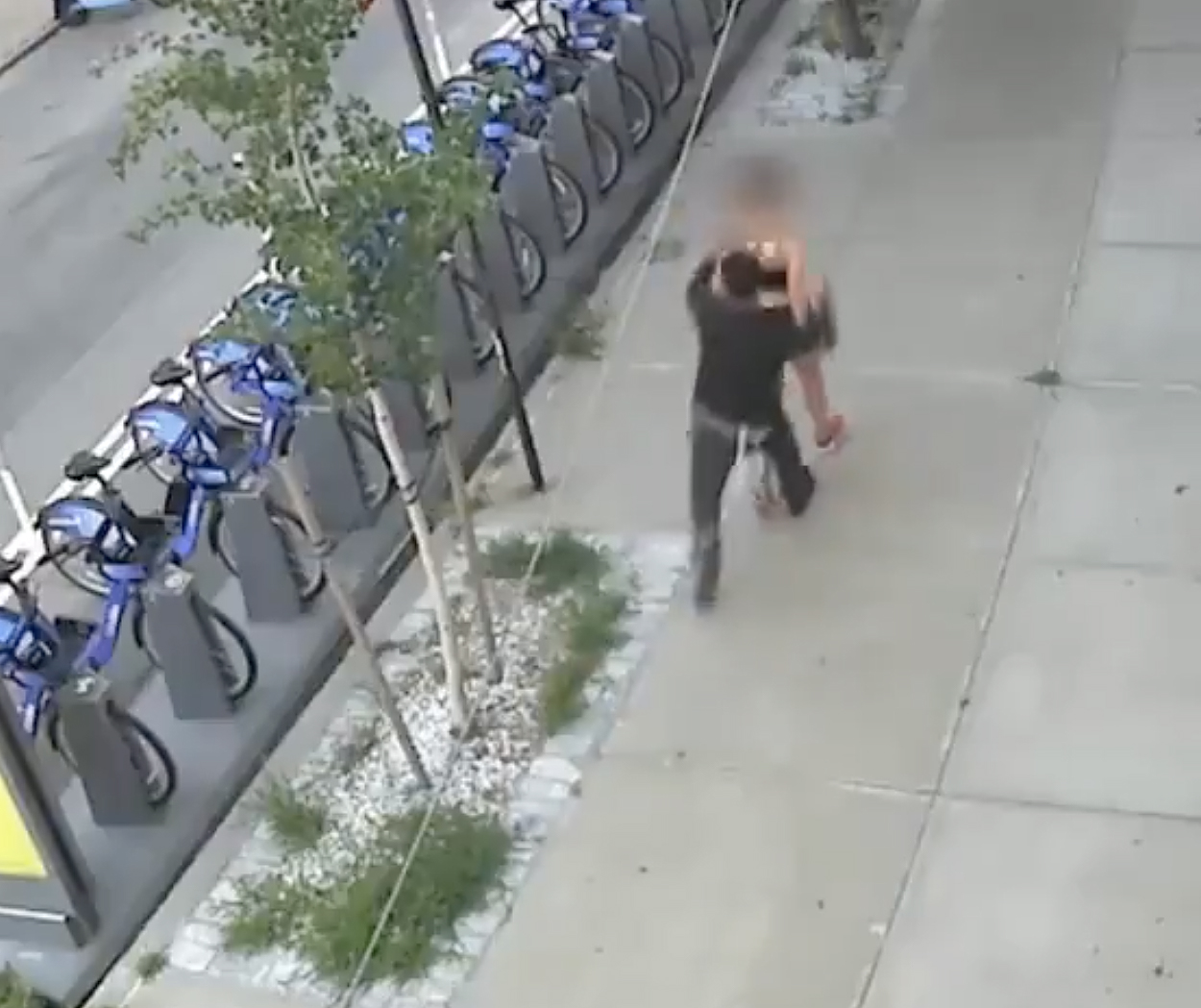 The suspect pinned her to the sidewalk and reported reached under her shorts as she fought him off.

The woman managed to hit the man in the head before he jumped off her and fled the scene.

Police say the victim was not physically hurt and refused medical attention.

Authorities are now seeking the public's help in finding the suspect, who is described as Hispanic,5 feet, 5 inches tall, weighing around 165 pounds with a medium build and black hair.

Anyone with information is asked to call Crime Stoppers at (800) 577-TIPS. All calls will be kept confidential. 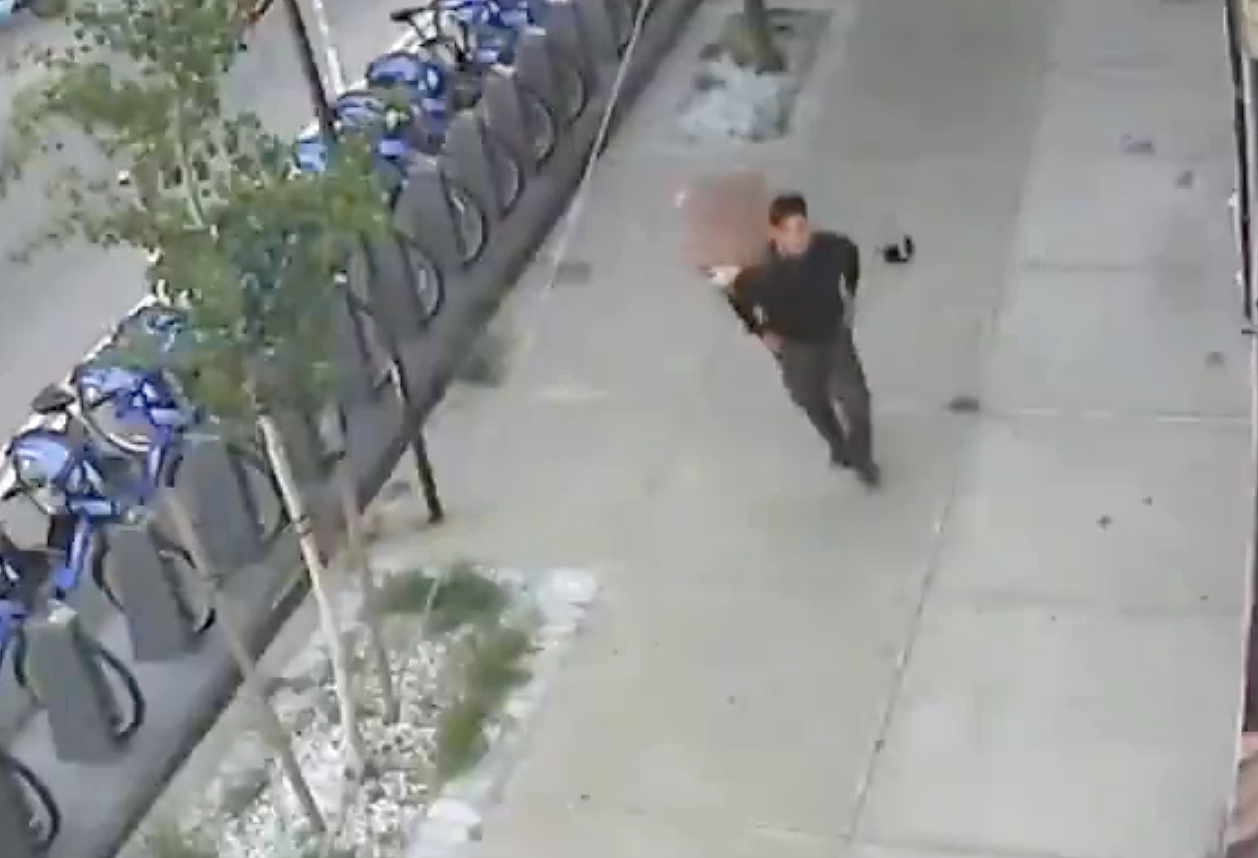 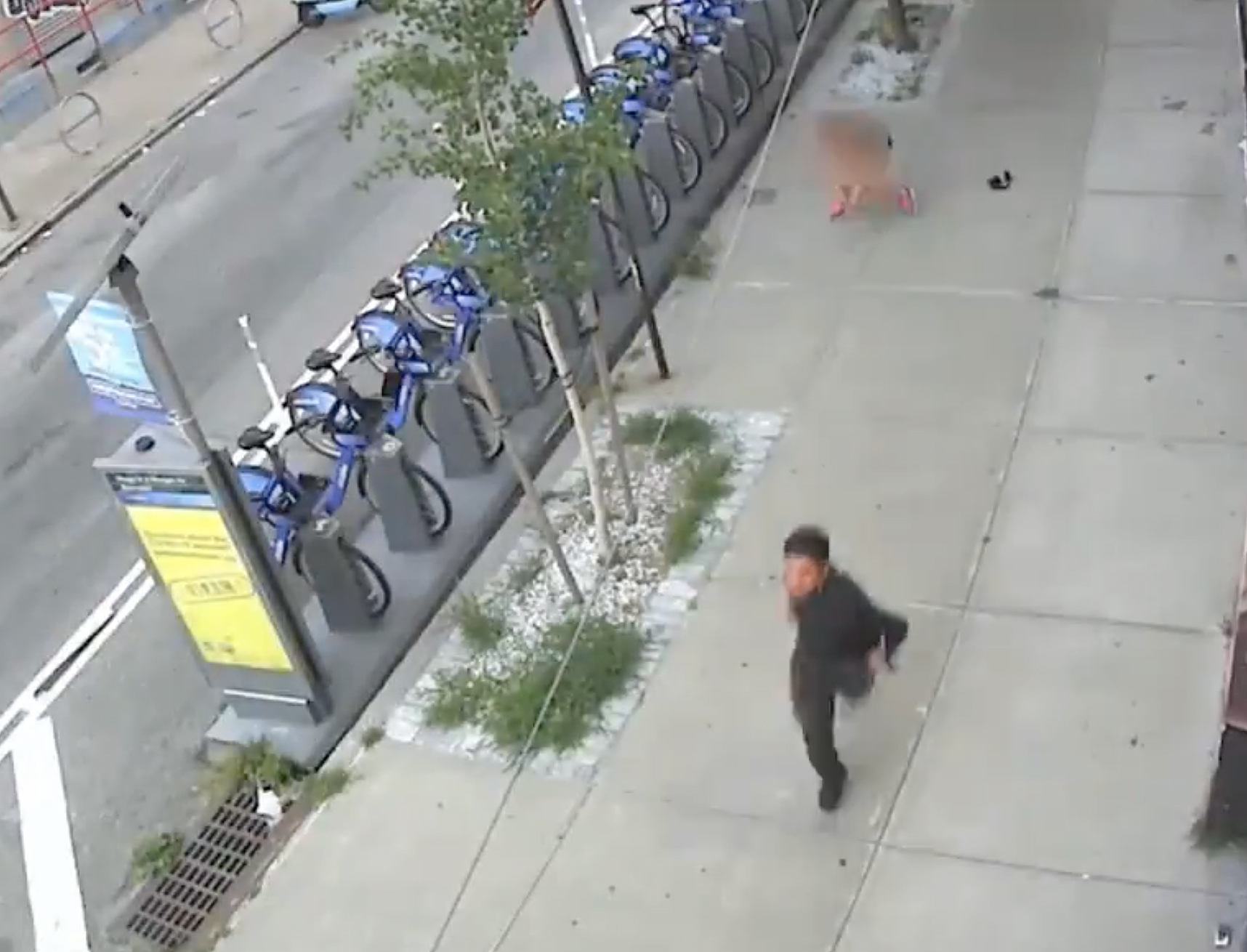 jumps, moment, O, perv, terrifying
You may also like: