THE terrifying moment a swimmer made a dash out of the water with two sharks chomping at his heels off a New Zealand beach has been captured on camera.

The man was swimming in the water at Ōhope Beach, a popular holiday spot in New Zealand’s Bay of Plenty, when he heard an onlooker scream that there were sharks swimming next to him. 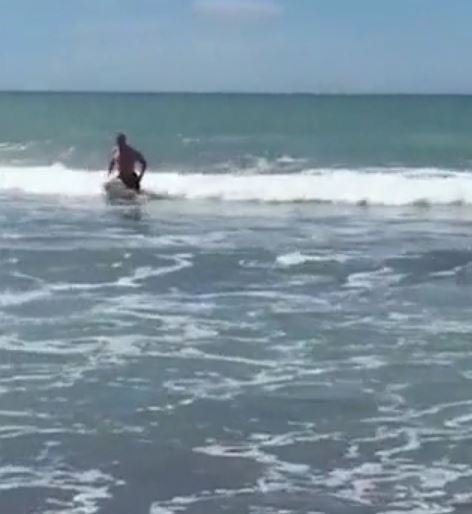 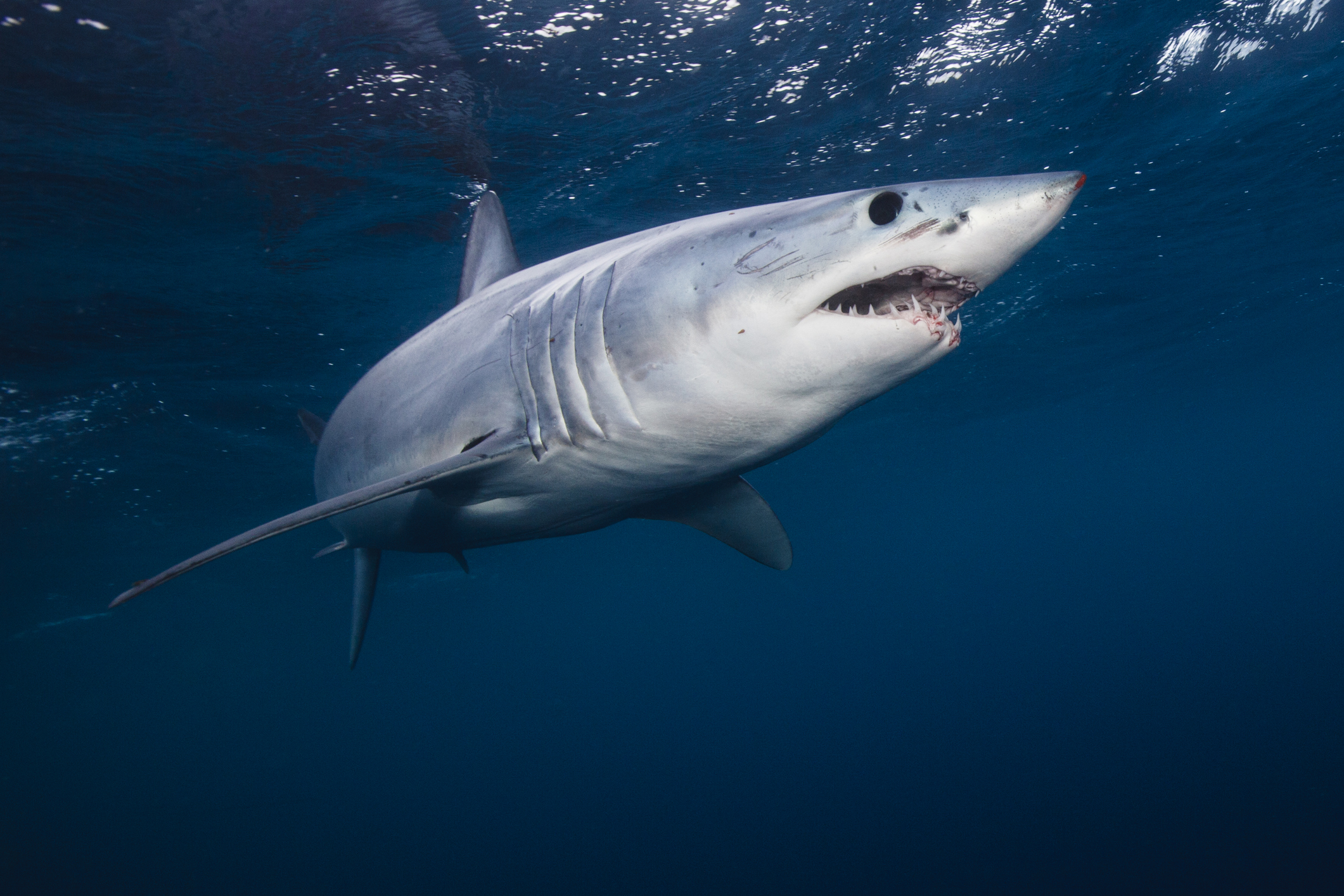 Another family on the beach managed to record a video of people raising the alarm, when two sharks were spotted cruising along the beach, behind a man enjoying a swim.

Phil Squire, who was with his 15-year-old daughter Eliza when the scare occurred, told local media outlet Stuff that he thought the sharks may have been bronze whalers.

“There were quite a few people gathering around when they realised a shark was there,” he said.

“People were shouting, shark, shark! Two fins appeared near the man and he got a huge fright and took off.”

It was a hot summer’s day in January, Squire said, which meant lots of people were out swimming.

Some people may have been reluctant to get in the water because they had heard of shark sightings through word of mouth, he said.

“Information does travel up and down the beach and I guess one of the clues that there might be a problem was that there were a lot of people out of the water.

“It was a very hot day and I guess it was unexpected to have sharks that close.” 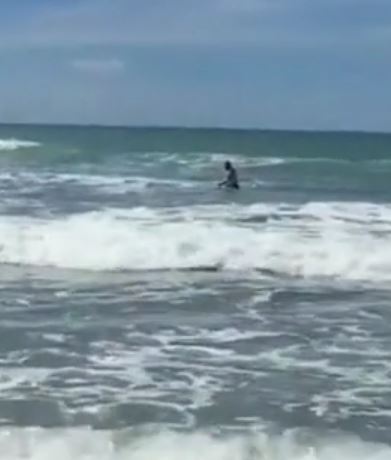 One of Squire’s daughters had been surfing at the west end of Ōhope Beach during their holiday, and had passed over some stingrays, he said.

“She was a bit nervous, she was definitely staying on her board with the possibility of sharks and stingrays around … but I think it added to the excitement.

“We did a lot of surfing around those beaching but weren’t dipping our toes in, in case they got nibbled.”

As a keen surfer himself, Squire said he was used to seeing a bit of wildlife on his ventures.  Despite this, he’d never encountered sharks.

He came forward with the video after reading news of recent shark sightings in Auckland.

Earlier this year, a shark attack at Waihī Beach, another popular beaching spot, took the life of a young woman.

Kaelah Marlow, 19, suffered bites to one of her legs when she was attacked while swimming in New Zealand but paramedics were unable to save her.

Kaelah was reportedly dragged from the water alive after the attack.

Paramedics administered CPR to the woman on Waihī Beach, in New Zealand’s Bay of Plenty, to no avail.

“I’m a surfer and you realise these areas are the sharks’ natural habitats and people visiting rightfully need to be careful,” Squire said.

Amid the multiple scares, he was urging other surfers and swimmers to be “be sensible” and exercise good water safety.

“Watch out for each other in the water.”

“If you see something, let other folks know and exit the water safely.

“It is better to err on the side of caution, keep an eye out to spot anything unusual.” 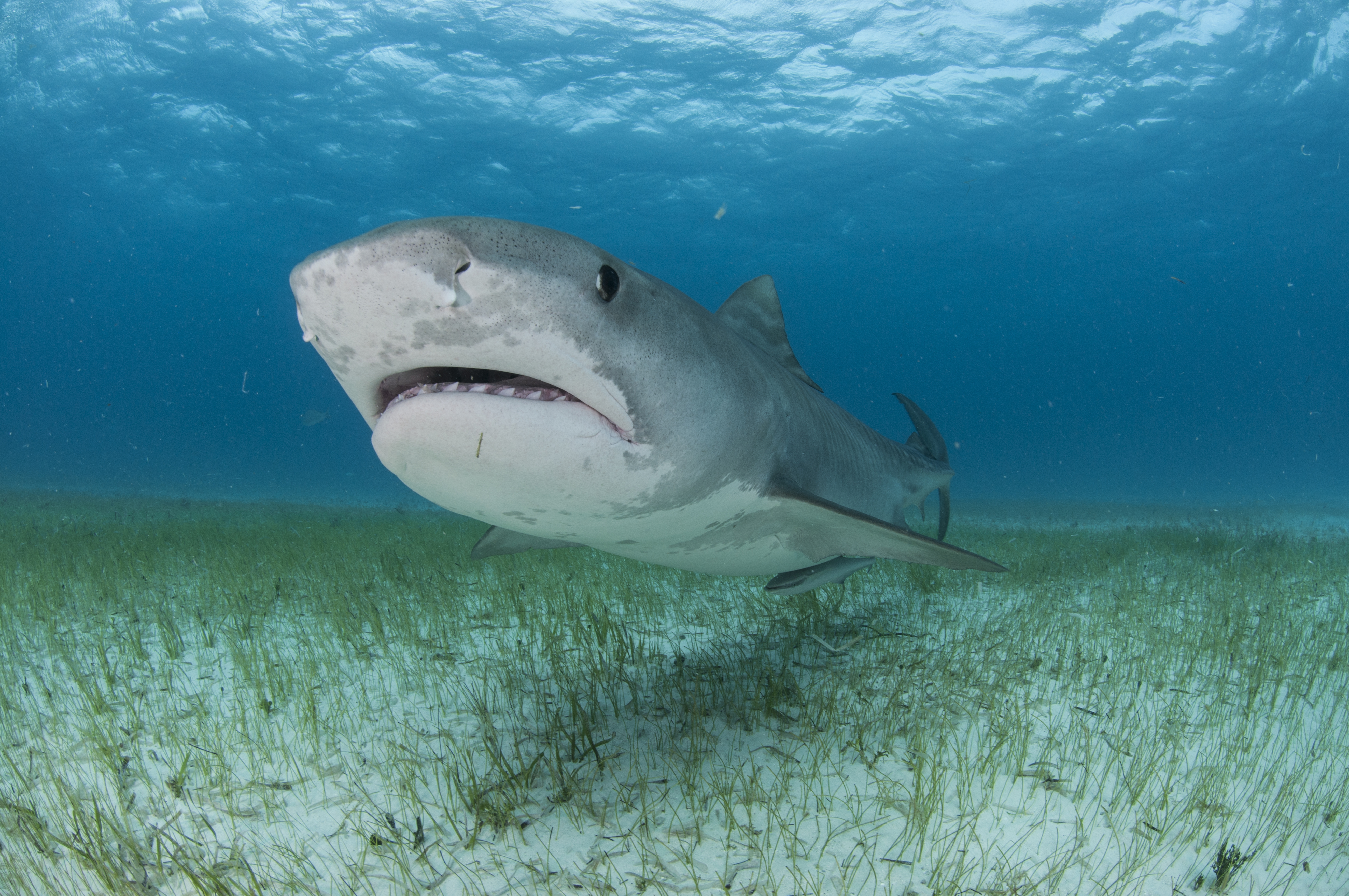