Tesco and Asda have vowed to stop selling disposable barbecues in a bid to prevent potentially devastating wildfires, as temperatures in tinderbox Britain are set to reach 36C (96F) this weekend.

The supermarkets join the likes of Sainsbury’s, Marks & Spencer and Ocado in temporarily banning the £2 grills, after fire chiefs and environmental campaigners condemned them for causing blazes at a time when the country is facing its longest dry spell since 1976.

Tesco’s previous policy, which banned the barbecues in stores near areas of outstanding beauty, has now been extended nationwide on a temporary basis.

The grills will return to the shelves when the weather cools down, while small, metal portable barbecues will be sold as an alternative in the interim.

An Asda spokesperson told MailOnline today that the company is ‘in the process of briefing stores to temporarily pause the sale of disposable BBQs whilst the weather is so dry.’

Aldi and Waitrose have stopped selling the barbecues altogether, while Morrisons and the Co-op have halted sales at stores near national parks only.

Sainsbury’s said: ‘As a precautionary measure we are removing from sale all disposable barbecues until further notice. Safety is our highest priority.’ 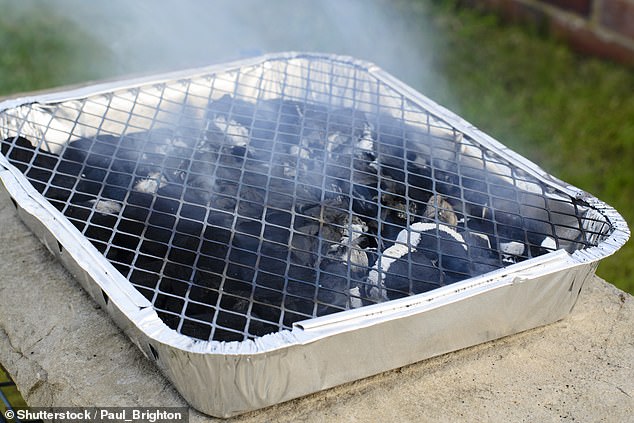 The London Fire Brigade (LFB) praised the decision, saying: ‘The hot weather has made the grass tinderbox dry and the smallest of sparks could start a blaze.

‘That’s why we’re working with retailers to stop the sale of disposable BBQs and are urging Londoners not to BBQ in parks.’

Keep Britain Tidy and the Country Landowners Association have also called for a national ban on sales of the single-use grills.

Brighton council has also banned them from their beaches and parks, and Barnsley Council is considering a similar ban.

The Met Office has raised the Fire Severity Index, which assesses how easily a blaze could spread, to ‘exceptional’ – the highest level. 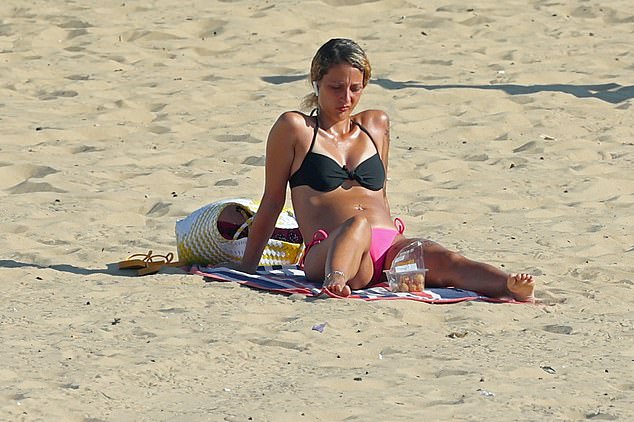 A sunbathing woman soaks up the rays on Bournemouth Beach, Dorset on Friday morning 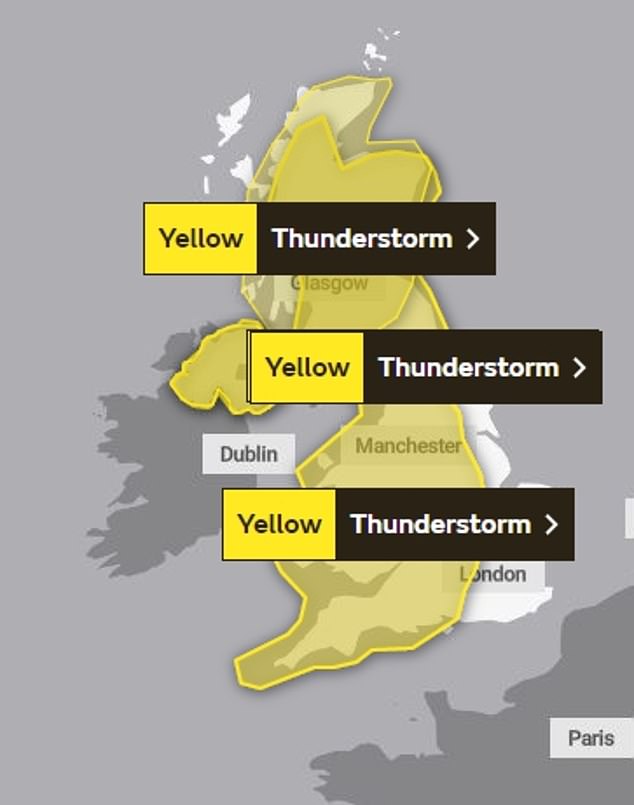 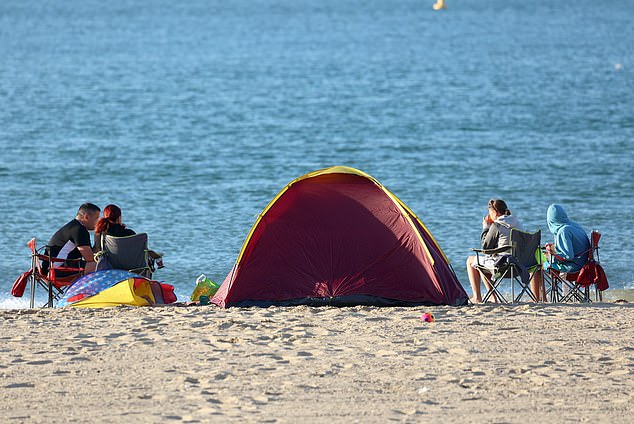 Sunseekers pitched their tents up overnight to grab the best spots at busy beaches across the UK. Pictured: A family and their tent in Bournemouth, Dorset

It comes as the weather service today issued a warning to expect thundery and wet weather across large parts of the country on Monday that is expected to hit from early morning until first thing Tuesday.

Forecasters have also warned of a small chance of flooding, which could in turn damage buildings, cause chaos on public transport services and create difficult driving conditions and even road closures.

While the onset of rain would be welcomed by Britain’s farmers, by mid-afternoon on Friday temperatures could hit 35C (96F) in parts of southern England, making it hotter than holiday hotspots Jamaica and Barbados.

The new weather update will follow a four-day amber warning for extreme heat from the Met Office that is in place for much of England and Wales until Sunday, with warnings of health impacts and disruption to travel.

Warm weather and humidity is expected to endure throughout the weekend, with the mercury widely topping 30C (86F).

Early risers were pictured getting their exercise done well before the heat soars, and beachgoers planning to beat the rush started piling onto Bournemouth’s famous seascape early on Friday morning.

Meanwhile, overnight campers risked the wrath of Bournemouth, Christchurch and Poole Council – and a £1,000 fine – by ignoring rules and pitching up their tents yesterday evening so they could grab the best spots today.