Tesla (TSLA) shares are getting a brief reprieve today, but that’s little consolation for investors who are down big since Tesla’s recent highs hit back in November.

At the time of this writing, Tesla shares are down over 47% from itheir all-time high of $1243.49. The EV-maker has been underperforming other growth tech names since CEO Elon Musk began his quest to purchase Twitter, potentially using his massive holdings of Tesla shares as collateral.

That’s just the beginning of Tesla’s woes this year. Since then, there have been the COVID-19 shutdowns in Shanghai affecting its production in China, general parts and component shortages affecting the auto industry at large, and recent accusations of sexual misconduct leveled on Elon Musk.

Also, on the institutional front, Tesla bull Cathie Wood of ARK Invest trimmed her holdings of the stock in its flagship ARK Innovation Fund, as the value of those shares have shrunk in half since the beginning of the year. And adding further to Tesla’s pain, S&P removed Tesla from its S&P 500 ESG index, citing Tesla’s lack of an explicit low carbon strategy, “claims of racial discrimination and poor working conditions” at its Fremont factory, and the company’s behavior around the ongoing NHTSA investigation of the “multiple deaths and injuries” linked to Full Self Driving and Autopilot features.

Musk’s quest to buy Twitter and his recent hesitance to consummate the deal, has Wall Street analysts concerned about what it means to Tesla at this critical time. In a note to clients this week, Wedbush analyst Dan Ives said the Twittter “circus show has been a major overhang on Tesla’s stock,” and as it drags on, could lead to more weakness as “investor patience is wearing very thin.”

In addition, Bernstein analyst Toni Sacconaghi warned in a note that if Tesla’s stock were to keep falling, it could force Musk to sell even more shares to fund his Twitter buy because of a margin loan tied to Musk’s Tesla stock.

“If the TWTR deal were to close today and subsequently TSLA’s stock price dropped to $350-400, Musk could be forced to sell ~13M Tesla shares,” Sacconaghi said. 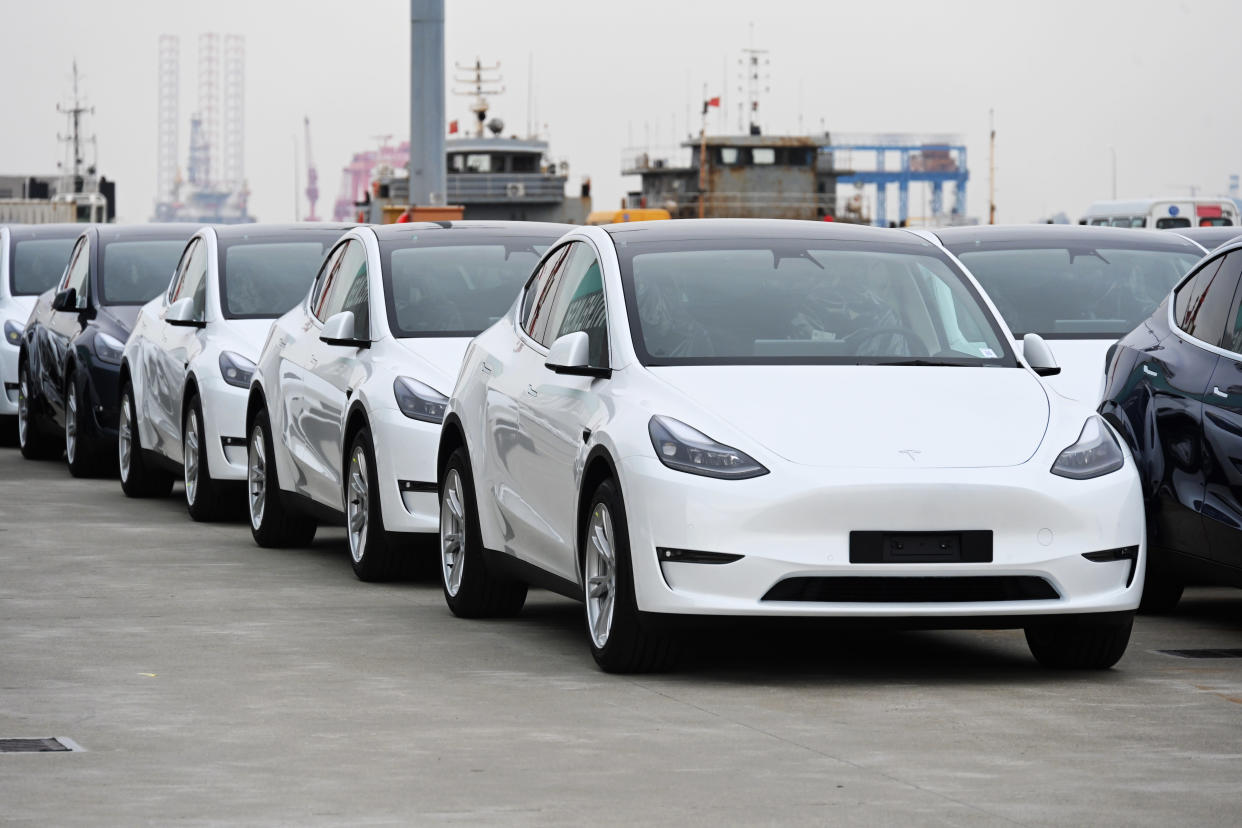 The prospect of Musk unloading another 13 million shares of Tesla would likely not be good for its stock price in the near term.

That being said, looking at the bigger picture that is the electric vehicle (EV) market, Tesla is still in the driver’s seat when it comes to EV brand awareness, consumer sentiment, and sales performance. Recent data from Experian shows how as EV sales spiked in the U.S. in the last quarter, a whopping 70% of the total EV market was accounted by Tesla, with the Model Y, Model 3, and Model S leading the pack.

Last quarter, Tesla sales performance hit another all-time high, even with the component and chip shortages plaguing the industry. And speaking about demand, currently the wait to receive a base Model Y long range SUV ordered on the Tesla website is showing a delivery window of November 2022 – February 2023.

And despite its recent troubles, Tesla shares are still up over 800% since the pandemic lows of early March 2020.