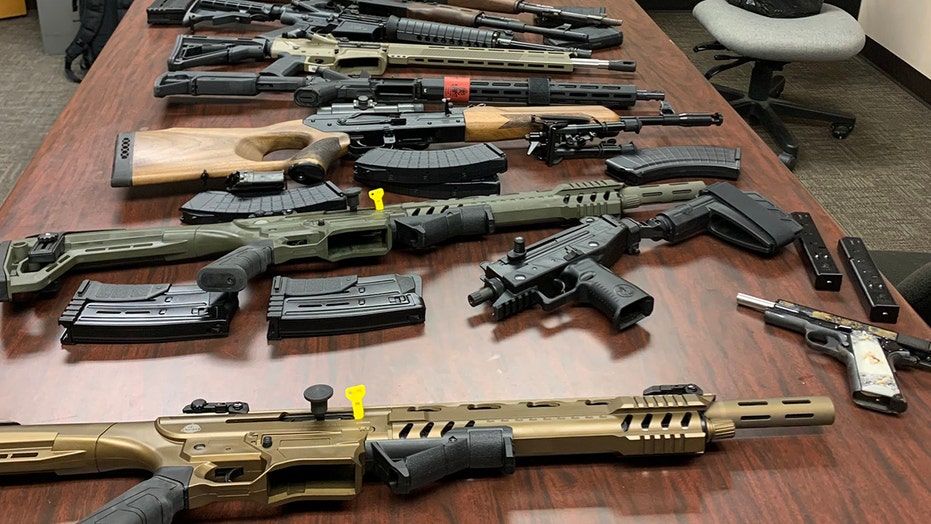 Texas authorities seized more than a dozen firearms and over 3,500 rounds of ammunition following the pursuit of a suspect who was believed to be heading to Mexico.

The short chase began around 7:30 p.m. Friday after a Texas Highway Patrol trooper attempted to stop a vehicle traveling in Hidalgo County, located on the border with Mexico, for a traffic violation, the Texas Department of Public Safety (DPS) said in a press release.

The trooper eventually stopped the vehicle near the city of La Joya and discovered 16 firearms and 3,520 rounds of ammunition inside. 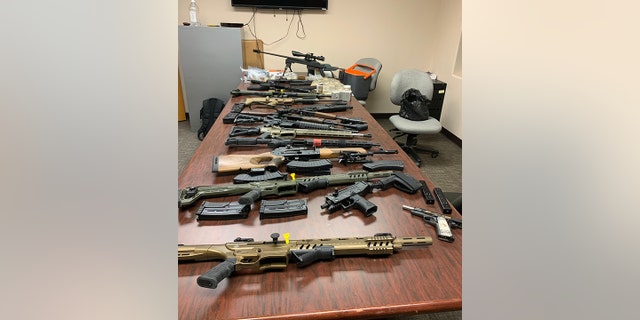 The driver was arrested and is facing weapons charges. The DPS said he was believed to be headed to Mexico.

“Everyday (sic), the @TxDPS is on the frontline to secure our border,” Gov. Greg Abbott tweeted Saturday in response to the seizure.

Fox News reached out to the DPS for more details but did not immediately hear back.

The arrest occurred during Operation Lone Star, which was set up earlier this year in response to a surge in migrants and cartel smuggling across the Texas border.

“Thanks to @GovAbbott’s leadership, DPS continues its presence, including air, ground, marine and tactical security assets, along the border to combat the smuggling of people, weapons and drugs into Texas,” the DPS tweeted.

Abbott told Fox News in March that Operation Lone Star deploys National Guard and DPS officers to help fill in the gaps along the border through which cartels smuggle migrants and drugs.

Authorities, man, nab, texas, With
You may also like: