The pressure is on for railroad unions and management to reach a labor deal before a potential freight rail strike hits the U.S. in 10 days.

Negotiations have been ongoing since September, but with both sides failing to reach an agreement, President Biden ordered Congress to step in before the Dec. 9 deadline.

“Congress has to act to prevent [a rail strike],” Biden told reporters on Tuesday. “It’s not an easy call, but I think we have to do it. The economy’s at risk.”

According to the Association of American Railroads, roughly one-third of U.S. exports move by rail.

“Let me be clear: A rail shutdown would devastate our economy,” Biden tweeted on Monday. “Without freight rail, many U.S. industries would shut down.” 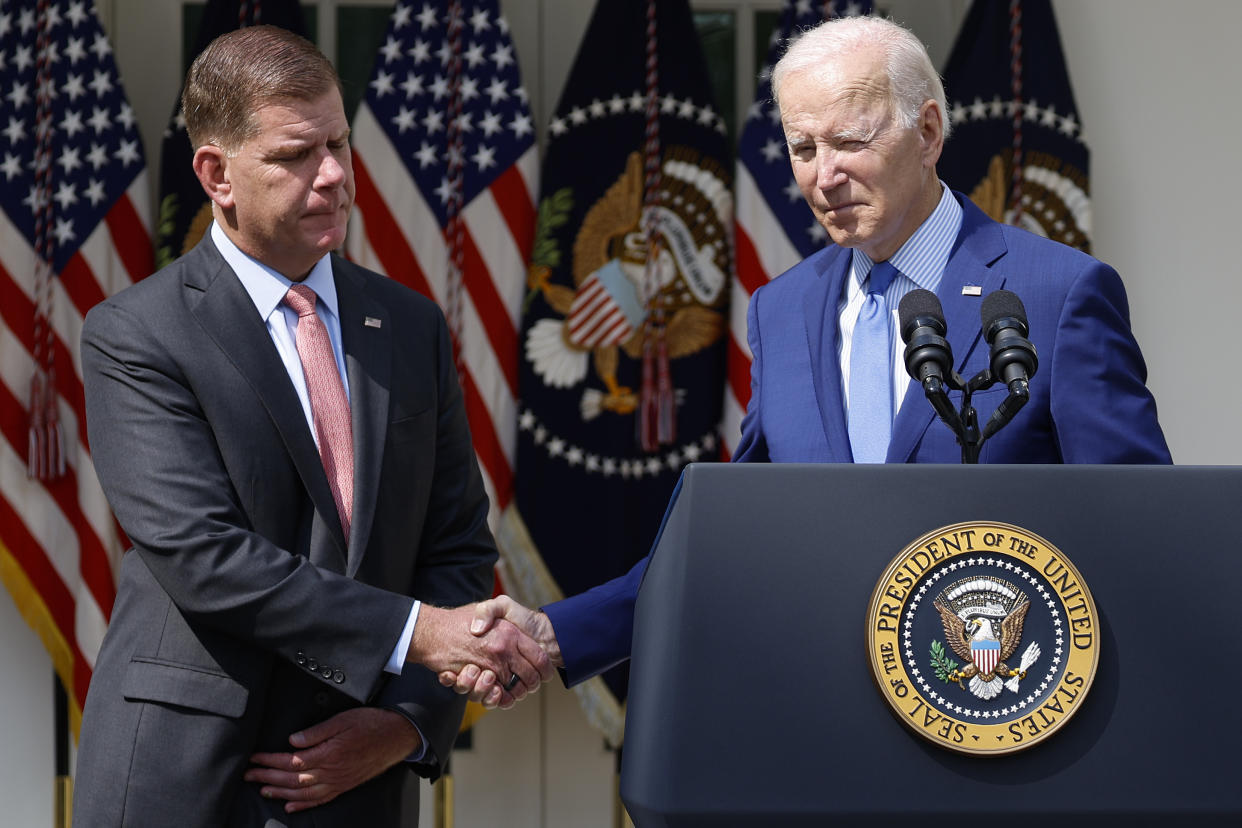 Those industries include oil and gas, which rely on railroad tank cars, agriculture, auto production, consumer goods, and manufacturing.

The president is calling on Congress to pass legislation that would adopt the tentative agreement that exists between railroad workers and operators. That agreement features a 24% compounded wage increase from 2020 through 2024 along with five annual $1,000 lump-sum payments.

Eight of the 12 labor unions accepted it, but four — including the nation’s largest rail union Sheet Metal, Air, Rail Transportation (SMART-TD) which represents 28,000 employees — saw a majority of its workers vote against the deal in September.

House Speaker Nancy Pelosi (D-CA) stated on Tuesday that Congress will vote on a bill on Wednesday to resolve the ongoing dispute. Meanwhile in the Senate, Majority Leader Chuck Schumer (D-NY) said he and Sen. Mitch McConnell (R-KY) have agreed to get the bill passed as soon as possible, “sooner” than the Dec. 9 deadline. 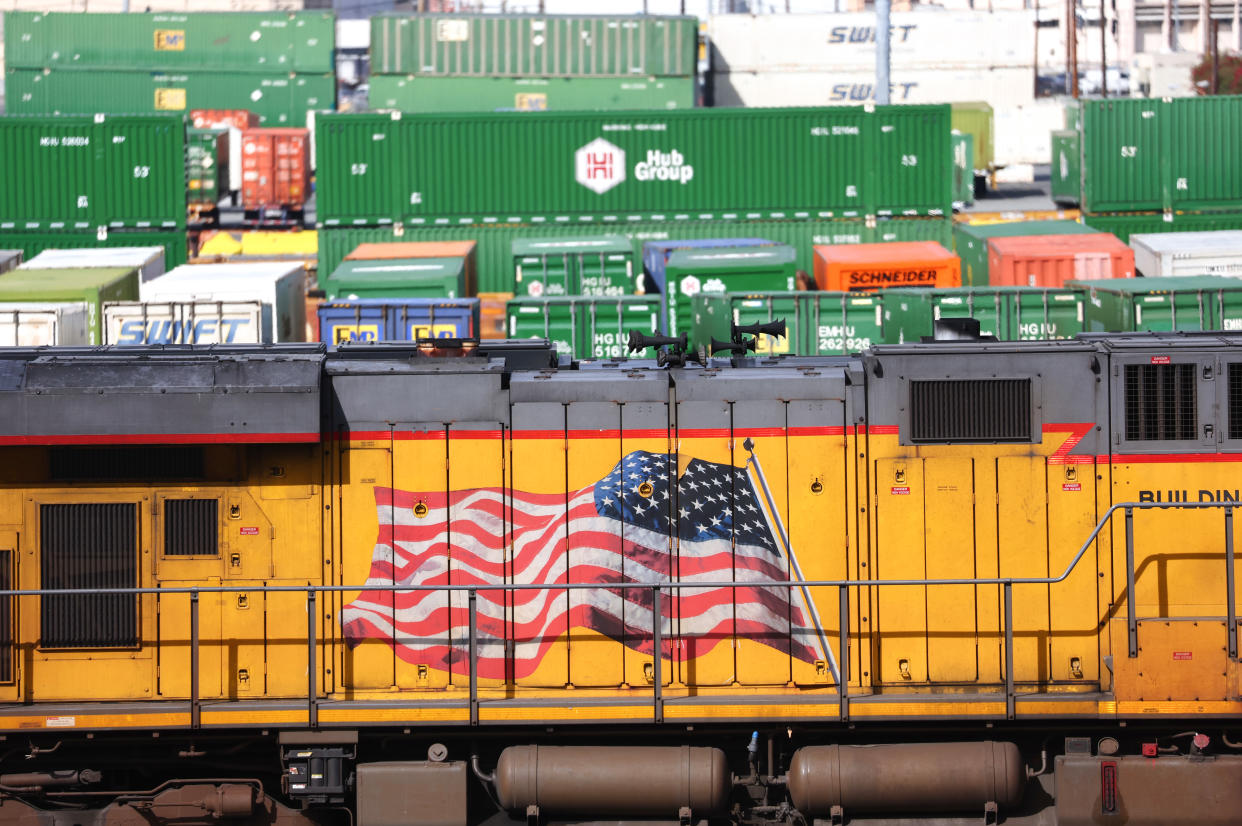 'We don't have the capacity to do it'

A strike would mean operations halting across the country. Not only would transportation be impacted but also shipping and freight, which have already been embroiled in supply chain disruptions.

“These are companies that have already had inventory challenges going all the way back from 2020,” Mark Okerstrom, president of Convoy, an American trucking software company, told Yahoo Finance Live (video above). “COVID disruption in 2021 continued this year, so it would just be adding disruption upon disruption.”

On Monday, more than 400 groups — including the U.S. Chamber of Commerce, the National Retail Federation, and the American Farm Bureau Federation — penned a letter to Congress warning of the impacts of a strike and urged them to intervene.

The letter warned that rail traffic stoppage could halt nearly 30% of U.S. cargo shipments and cost the economy up to $2 billion per day on top of worsening the current inflationary environment. It also predicted that up to 7 million travelers per day would see their rail services disrupted. 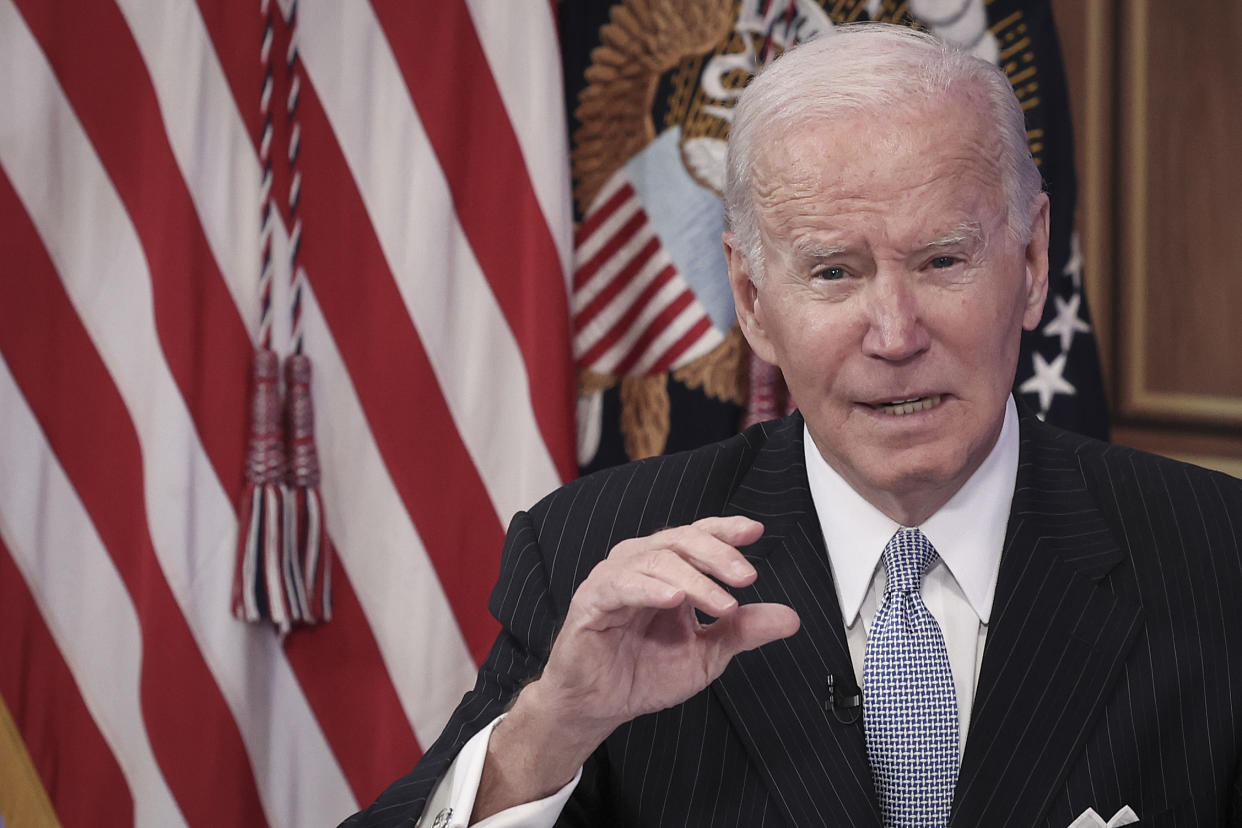 According to CNN Business, though, the labor unions don’t want Congress to intervene, arguing that it would take away their leverage at the bargaining table.

Okerstrom said that a rail strike would be “really significant,” particularly at this time of the year when the holiday shopping season is underway.

“About 7,000 of these rail cars are moving every day [via] long haul,” Okerstrom said. “It’s about 40% of the long-haul freight in the U.S. that’s moved on rail cars. It would take about 470,000 new long-haul trucks to essentially come into the market to replace this … We don’t have the capacity to do it.”

Adriana Belmonte is a reporter and editor covering politics and health care policy for Yahoo Finance. You can follow her on Twitter @adrianambells and reach her at [email protected]

Click here for politics news related to business and money