The hanging gardens of Weston-super-Mare: Decommissioned oil rig will be transformed into futuristic feature at seaside town

Featuring a 33ft waterfall and crowned with trees and sculptures, this 450-ton decommissioned oil rig will soon be transformed into a futuristic Hanging Gardens of Babylon.

The 115ft-high platform arrived at Weston-super-Mare, Somerset, yesterday on a flatbed barge from the Netherlands and will now be transformed into an art installation dubbed the See Monster. 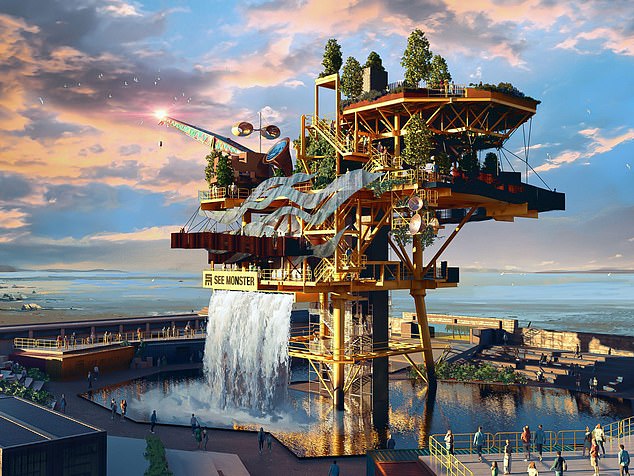 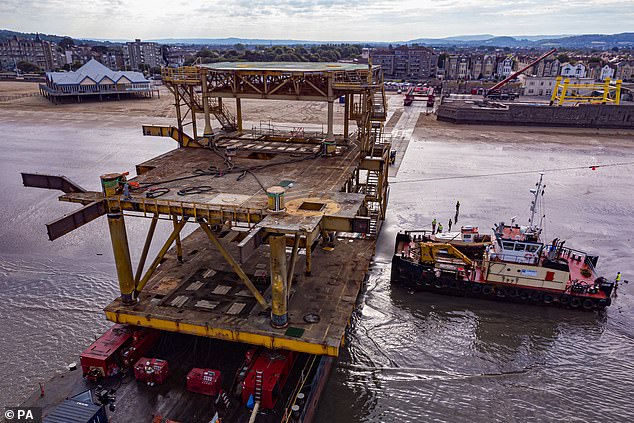 The 115ft-high platform from a decommissioned oil rig arrived at Weston-super-Mare, Somerset, yesterday on a flatbed barge from the Netherlands 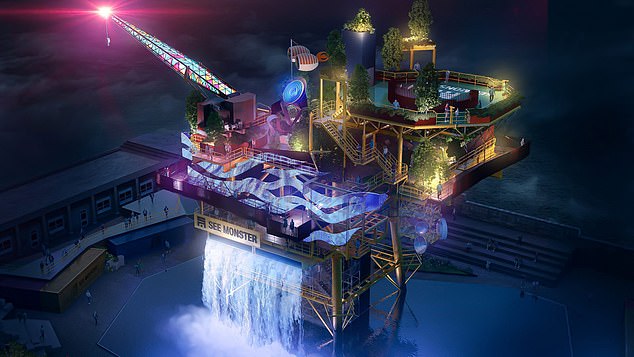 The four-level structure will be lit up at night with illuminations and will be made up of around 6,000 moving parts 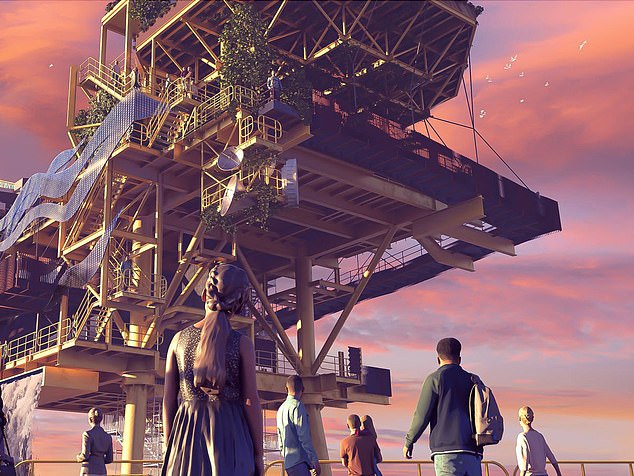 See Monster will be on the seafront from August to October, when it will be taken apart and recycled

When completed, the four-level structure will have shimmering scales formed from 6,000 moving pieces, a range of sculptures and a seated amphitheatre and broadcast studio.

It will be on the seafront from August to October, when it will be taken apart and recycled.

The rig spent 30 years in the North Sea and the past 12 months in a Dutch shipyard being stripped, cleaned and repaired before its delivery yesterday.

The project was the brainchild of design studio Newsubstance, whose founder Patrick O’Mahony said: ‘We are taking these beasts that have had one life form and transforming them into something new.’