The Mona Lisa is voted the greatest artwork of all time: Leonardo Da Vinci’s masterpiece tops poll of British art lovers, followed by Van Gogh’s Sunflowers and the Sistine Chapel ceiling by Michelangelo

The Mona Lisa has been voted the greatest artwork of all time while the work of two British artists made it into art lovers’ top five works, a poll has revealed.

The survey found that the majority of Brits still consider the classics to be the greatest works of art, and that two thirds consider themselves ‘art lovers’.

Leonardo da Vinci’s masterpiece has been hailed the country’s favourite piece of art, with 34 per cent of Brits voting it number one. 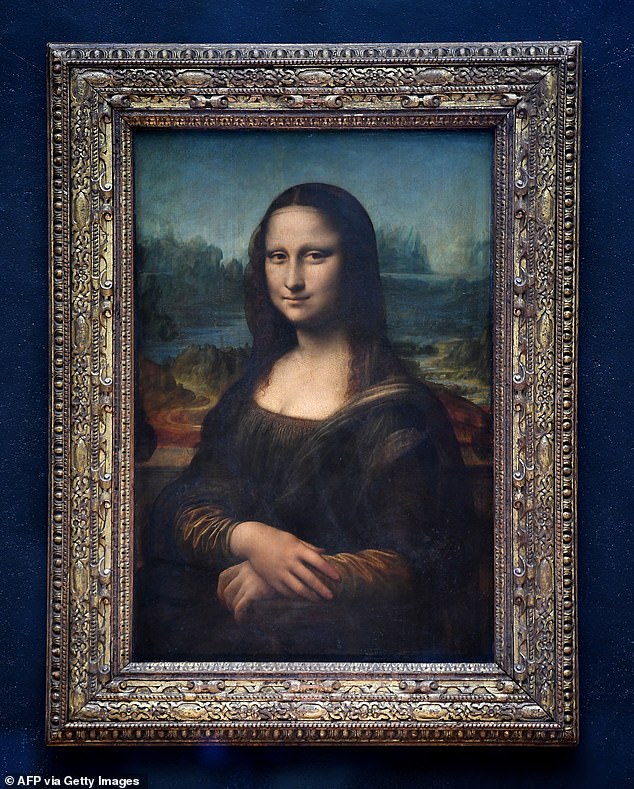 Leonardo da Vinci’s masterpiece has been hailed the country’s favourite piece of art, with 34 per cent of Brits voting it number one

Considered an archetype of the Italian Renaissance, the roughly 500-year-old painting depicts the subject, whose identity is disputed, and her famously enigmatic smile.

The Mona Lisa has the highest known insurance valuation in art history and has been is on permanent display at the Louvre in Paris.

Vincent Van Gough’s Sunflowers came in close second place, with the series of paintings getting 32 per cent of the vote. 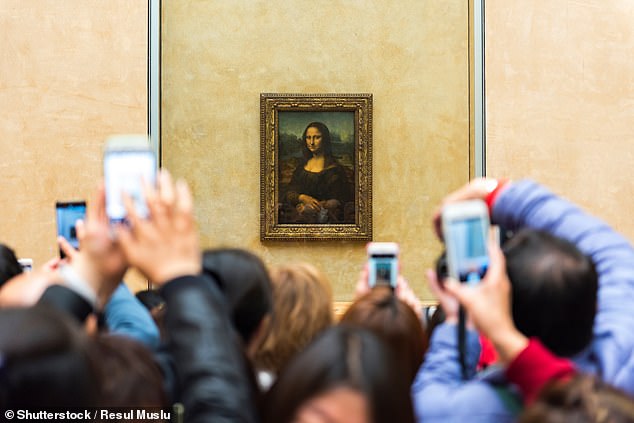 Painted in Arles, in the south of France, in 1888 and 1889, the series consists of five large canvases with sunflowers in a vase.

It’s said that the sunflower paintings had a special significance for Van Gogh, communicating ‘gratitude’.

Third on the list of the most admired works of art was the ceiling of the Sistine Chapel.

With six million visitors flocking to the Vatican every year to gaze at its beauty, the ceiling was painted in fresco by Michelangelo between 1508 and 1512, and is considered a cornerstone work of High Renaissance art.

But it is reputed that Michelangelo found working on the Sistine Chapel so unpleasant that he wrote a poem about his misery in doing so for four long years.

Homegrown examples include Antony Gormley’s The Angel of the North, which came fourth on the list, with 23 per cent of the vote. 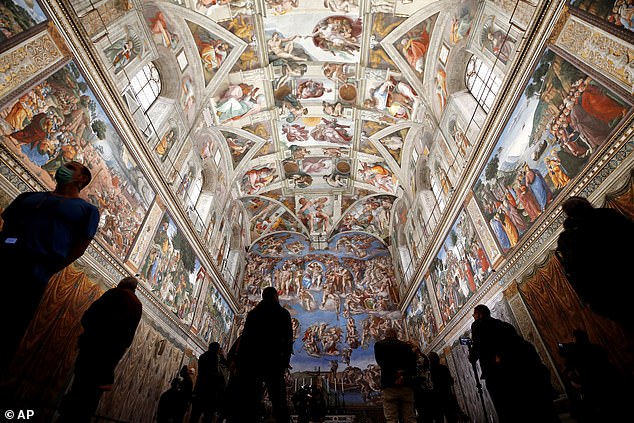 Balloon Girl by Banksy completed the top five, with a fifth (20 per cent) of the vote.

The research also revealed that the majority of the 2,000 Britons polled, 58 per cent, said they had become more inspired by both classic and contemporary art works in recent years.

A massive 74 per cent of those who surveyed said they considered themselves to be art lovers. 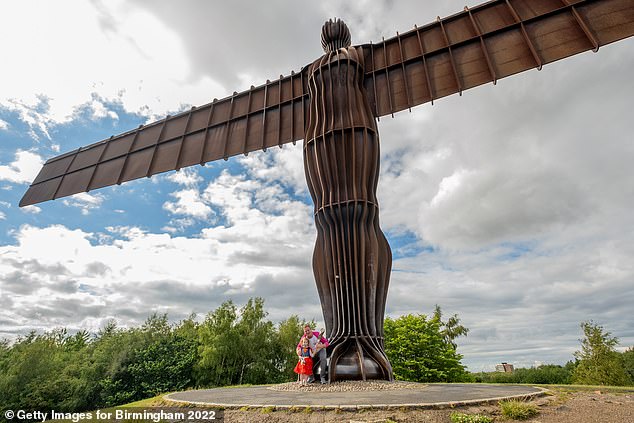 Antony Gormley’s The Angel of the North, which came fourth on the list with 23 per cent of the vote

Yet the average Brit will only visit five art exhibitions over the course of a year, the survey found.

Evie Porter, of insights agency Perspectus Global, which carried out the survey, said: ‘It’s interesting to see how many of the classics are still considered the greatest works of art, and also that there is a growing feeling among the nation that art can be inspiring.

‘It seems Brits are embracing both contemporary and classic artists and artworks.’ 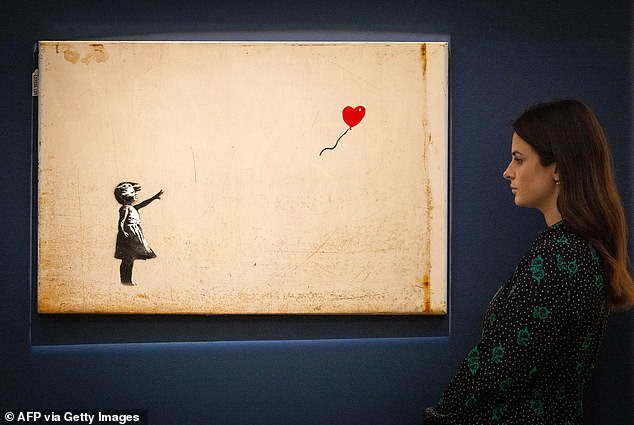 Balloon Girl by Banksy completed the top five, with a fifth (20 per cent) of the vote

Also to make the top 25 list of the greatest artworks of all time was The Scream by Edward Munch (19 per cent), the Statue of Liberty by Frederic Auguste Bartholdi (15 per cent), The Terracotta Army in Xian (15 per cent), and Auguste Rodin’s The Thinker (13 per cent).

The data also revealed London is home to the largest number of self-confessed art lovers (84 per cent), followed by Birmingham (81 per cent), and Leeds (80 per cent).

Top 25 greatest works of art of all time, according to Brits

3. The ceiling of the Sistine Chapel by Michelangelo (26 per cent)

4. The Angel of The North by Antony Gormley (23 per cent) 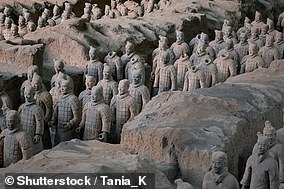 The Terracotta army in Xian got 15 per cent

7. The Statue of Liberty by Frederic Auguste Bartholdi (15 per cent)

12. The Statue of Eros in Piccadilly Circus by Alfred Gilbert (10 per cent)

7 per cent of people voted for Guernica by Pablo Picasso

14. The Statue of Nelson by Edward Hodges Bailey (9 per cent)

16. The Fighting Temeraire by JMW Turner (7 per cent)

17. The Nighthawks by Edward Hopper (7 per cent)

18. The Physical Impossibility of Death in the Mind of Someone Living (the pickled shark) by Damien Hirst (6 per cent)

19. The Persistence by Salvador Dali (6 per cent)

20. The Great Wave off Kanagawa by Hokusai (6 per cent) 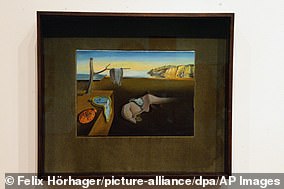 21. The Singing Butler by Jack Vettriano (5 per cent)

22. The Garden of Earthly Delights by Heironymous Bosch (5 per cent)

23. The spider by Louise Bourgeois (5 per cent)