The plan to make smartphone and whitegood repairs cheaper and easier

Manufacturers would have to provide consumers and repairers with access to spare parts under a Productivity Commission plan to cut waste and make it cheaper to fix products including cars, whitegoods and smartphones.

A draft report released by the Productivity Commission on Friday lists a range of measures state and federal governments should consider to address concerns that it is becoming increasingly difficult and expensive for consumers to repair items. 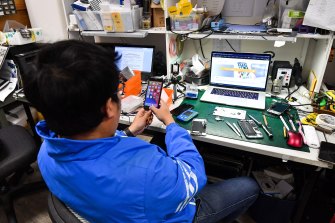 These measures include an overhaul of copyright laws to give independent repairers and consumers access to data hidden behind digital locks and product manuals, and a potential ban on warranties being voided if consumers do not use a manufacturer’s authorised repair service and parts.

“Increasing product complexity means that consumers often have to rely on the manufacturer
of the product or their authorised repairer to fix or maintain their product,” the report said.

“This has contributed to widespread concerns that some manufacturers are using their dominant position in repair markets to restrict competition.”

The report said it was now common for cars, fridges and even coffee machines to have embedded software in them. Electronics providers, including LG, made submissions to the commission recommending that technical data be protected when there could be safety issues from unqualified DIYers attempting repairs, and to avoid counterfeit production.

While consumer groups have raised concerns about manufacturers deliberately shortening the lifespan of products to spur new purchases, the commission said there was no evidence this was widespread.

Commissioner Paul Lindwall said while consumers had access to repairs, replacements and refunds under Australian consumer law, most did not know how to access these guarantees because they were unsure how long products should last.

LG was among electronics providers to submit that technical data be protected when there could be safety issues from unqualified DIYers attempting repairs, and to avoid counterfeit production.

The report proposed that the Australian Competition and Consumer Commission develop guidance on the reasonable life expectancy of key household items.

This could lead to a new labelling scheme similar to one that operates in France, where companies must disclose how long spare parts will be available, and “repairability” rating labels appear on electronic products.

Consumer group Choice welcomed the report’s recommendation that consumer groups be given new powers to lodge super complaints with regulators.

“Allowing consumer groups to make ‘super complaints’ is long overdue in Australia,” said Erin Turner, the group’s director of campaigns and communications. “A super complaint system would allow designated consumer organisations to take systemic failures to consumer regulators across the country and require these regulators to respond quickly.“

The commission’s final report to the federal government on the issue of repairs is due in October, following collection of extra evidence through submissions and public hearings next month.

Assistant federal Treasurer Michael Sukkar said the government had requested the report because consumers faced challenges fixing products because of a lack of access to necessary tools, parts or diagnostic software. 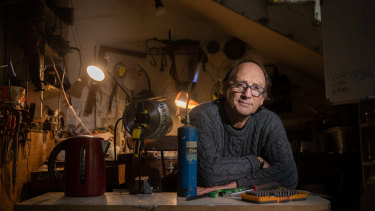 “The government will consider its response in the context of the final report,” he said.

He said the government had already introduced legislation to establish a mandatory scheme for sharing motor vehicle service and repair information.

“This will level the playing field for independent repairers, create a more competitive market, and bring down the cost of owning a car,” he said.

John Hillel, co-ordinator of the St Kilda Repair Cafe in Melbourne’s inner south, supports any proposal that makes it easier for people to fix household items instead of throwing them away.

Mr Hillel is among a small team of skilled volunteers who meet at St Kilda’s EcoCentre each month and help locals fix broken toasters, lamps, radios, wheelchairs, clothes and toys.

“Throw-away culture has meant it is cheaper to buy a new product than to get something repaired,” he said. “Manufacturers have made it harder for people to repair by making item-specific parts and putting them together in ways that can’t be dismantled by using glue instead of screws.”

Mr Hillel, a retired academic and member of the Jewish Climate Network, said he was often staggered by people’s ignorance when it came to repairing household items.

“I can spend 30 seconds and send a customer home very happy because I have been able to bend a prong,” he said. “I come from a different culture and era and when I was younger if something broke you repaired it.”

An, Make, plan, SMARTPHONE, the, to
You may also like: