The threat of rising anti-Semitic incidents must not be ignored

As a child, I remember the weight of invisible relatives who were murdered during the Holocaust.

My Zaida (grandfather) Joseph Kaltmann was the sole survivor of his family, losing his 17-year-old sister, Renee, his 16-year-old brother, Poldi, his mother, Pesil, and his father, Max. Their photos dotted his living room, copies of originals saved from the fires of the Holocaust by a gentile neighbour who had stored some of the Kaltmann family’s most precious assets. 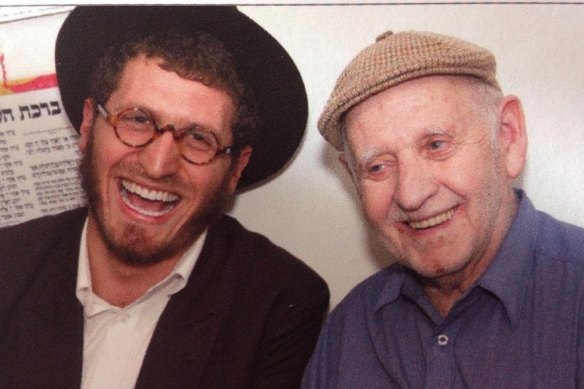 The bittersweet nature of survival was ever present in my childhood. In Ashkenazic Jewish tradition one does not name after people who die young, deeming it bad luck, which means not one of his tens of grandchildren was named after his brother and sister who were murdered. It’s what Zaida wanted, but I’m sure, on some level, it was devastating not to be able to perpetuate their memories in the most tangible way on earth.

I once asked Zaida, “What colour were Renee’s eyes?” I was in primary school and was completing a research project on the Holocaust. I still remember as Zaida’s big blue eyes, shared by so many of my siblings, thought through my question carefully, before responding with tears in his eyes “I don’t remember.” My grandfather never complained about the hand he had been dealt, but I know he made a point of extolling his gratitude to Australia.

“This is the Goldene Medina” he would say, using a Yiddish expression describing Australia as the ‘golden country’. No matter how many decades he lived here, Zaida certainly didn’t take for granted the ability to openly practice Judaism in peace and serenity with his neighbours. My grandmother, Shulamit, may she be blessed with a long life, was a calming balm for Zaida. She grew up in the orchards of Shepparton and was born in Australia to a Jewish family that had left Russia.

The contrast between them due to their childhoods was stark. Zaida was the survivor of six concentration camps and unable to sleep at night always jumping at small sounds. But Bubba, having grown up here, far from the rages of war and tragedy, was cool-headed and calm, humming softly to herself as she spent hours caring for her plants and fruit trees. Once a country girl, always a country girl.

Australia has always been seen as a haven for Jewish people. One of the reasons so many Holocaust survivors settled here is because it was seen as the furthest place possible away from the atrocities of Europe. They were largely right. For decades Jewish people have flourished and prospered here.

But of late, I wonder what my grandfather would have thought about the unsettling feeling that is besetting many Jewish people in Australia.

Anti-Semitism is on the rise. According to statistics compiled by the Executive Council of Australian Jewry, incidents in 2022 were at their highest in a decade, with 478 reported incidents, a 6.9 per cent increase from 2021, when reported hate incidents were up by 35 per cent.

It’s a worrying trend, one that leaves me feeling insecure and at times scared. In Australia, while we are blessed to have the support of the government who rigorously enforces penalties against hate crime, it’s sobering to hear the head of ASIO say that the rise of right-wing extremists is a real and growing threat to Australians. Each week, it seems that there are new anti-Semitic incidents. The vast majority of Australians are good people, who want to live in peace with their neighbours. This threat must not be ignored.

This month, we commemorate International Holocaust Remembrance Day, dedicated by the United Nations to remember atrocities committed against Jewish people in Europe during World War II. As a rabbi, it’s the first time I remember feeling so uneasy. Each year, when the Holocaust is commemorated, we repeat “never again.” I’d like to think “never again” is possible, but as the grandson of a survivor and a community leader, the anxiety that so many in my community are feeling is evident in my conversations with descendants of survivors.

We must continue to educate the next generations so that people are aware how hatred can lead to racism and dehumanisation. How it can all start with hate speech, memes and vilification. We must educate average Australians that Nazi costumes are no laughing matter for a fancy dress party.

Soon, Australia will be one of the only countries in the world that will have Holocaust Museums in every state and territory. State governments are investing in Holocaust education for all public school students. In Victoria and NSW the Nazi swastika was recently outlawed, with further legislation on the cards in other states.

Our parents and grandparents told us never to be complacent, to never forget what happened and to be proud of who we are as Jews and not hide our identities.

I’m worried, but I echo my grandfather’s sentiment: This is truly a Goldene Medina. An incredible country to live in and raise my children.Long may that last.

Gabi Kaltmann is a rabbi at the Ark Centre in Hawthorn.