The UN are releasing findings for evidence of racism in UK

A United Nations fact-finding mission into British racism could spark a row as it sets out ‘preliminary findings’ this week.

The UN Working Group of Experts on People of African Descent is visiting the UK – and meeting fast-rising Equalities Minister Kemi Badenoch – as part of a trip to collect any evidence of ‘racism, xenophobia and Afrophobia’.

The group, which condemned Tony Sewell’s report that found no evidence of institutional racism in Britain in 2021, will hold a press conference this week.

Ms Badenoch was born in London and spent parts of her childhood in Nigeria. 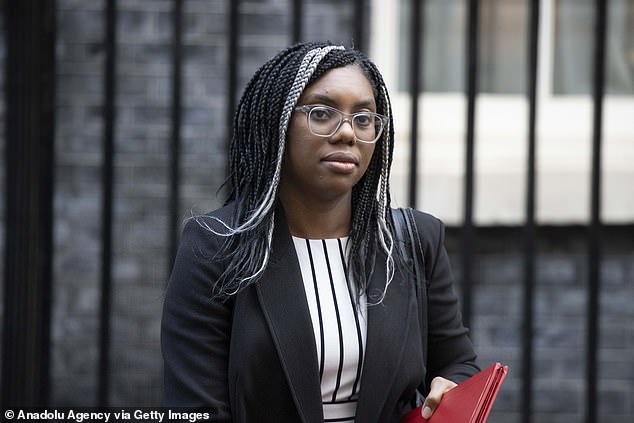 She has risen to Cabinet aged 43 and is a leading ‘anti-woke’ Tory voice tipped to be a future Prime Minister.

The experts will study ‘the most significant human rights violations that people of African descent in the UK experience’ and ‘racial bias and discrimination in the criminal justice system and law enforcement, including racial profiling and combating terrorism’.

Last night, a senior Government source pointed out the UN group called on the Government to reject the Commission on Race and Ethnic Disparities report.

It had accused the report authors of ‘normalising white supremacy’.

The Government source said: ‘It would be great if this UN working group noted the great strides the UK has made in addressing racial and ethnic disparities, most recently with the ground-breaking Inclusive Britain strategy.

‘However the previous record of this working group with other countries doesn’t leave us with much hope.’