New Netflix footage released today offers an intimate glimpse into the wedding reception of Harry and Meghan at Windsor Castle in 2018 – but the Prince and Princess of Wales don’t feature.

Netflix dropped a new trailer today for Volume II of Harry and Meghan’s documentary, which will be released on Thursday.

But observant royal fans are pointing out an interesting omission from the images.

Eagle-eyed fans hadn’t missed the fact that Prince William is not in the photos of the groom with male friends. 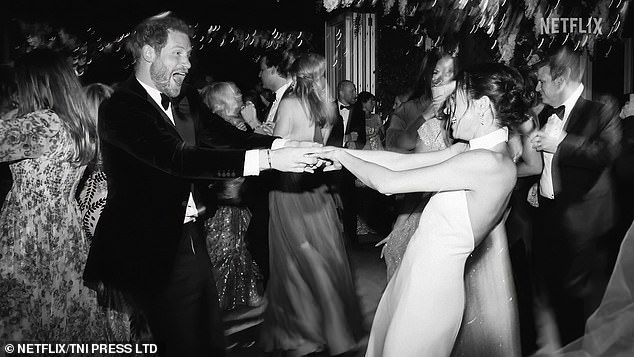 The Prince and Princess of Wales do not appear in any of the footage, despite Prince William serving as best man at the wedding 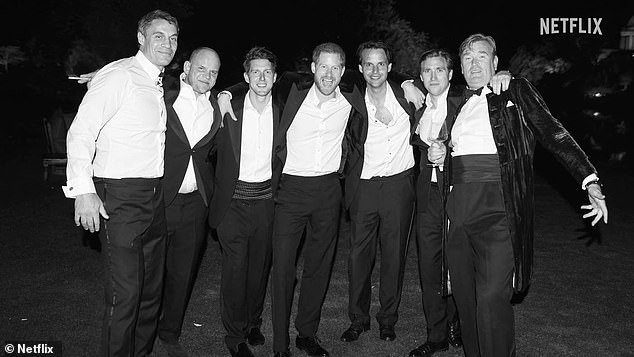 Prince Harry pictured with a group of male friends during his wedding reception in 2018. Despite their previous close relationship, Prince William does not feature 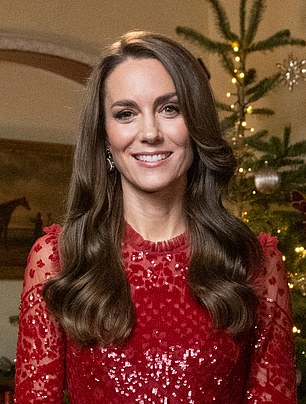 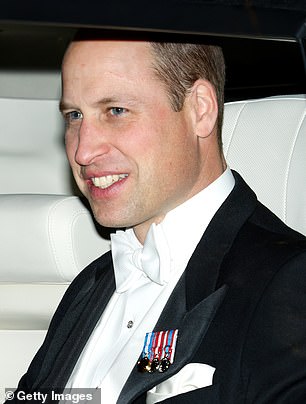 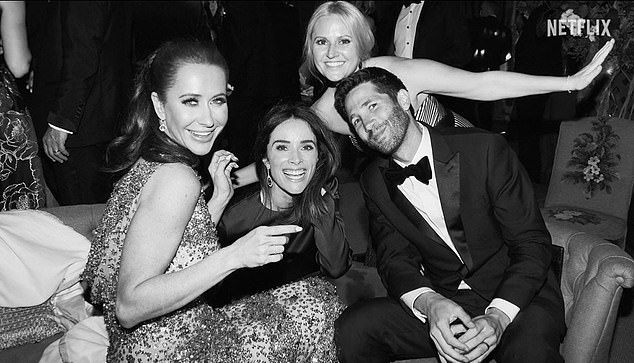 In an apparent snub, none of the images from the lavish reception at Windsor Castle include the groom’s brother, Prince William, or the Princess of Wales.

This is despite the fact that Prince William served as best man at the wedding, in a break from tradition.

In a clip about the 2018 reception Meghan said: ‘I just really wanted the music to be fun. Even our first dance.’

She turns to her husband and asks: ‘Song of 1,000 Dances? A thousand dances? I always get it wrong.’

The duchess sings lyrics from the 60s soul hit Land Of A Thousand Dances, which the couple chose for their first dance.

The Sun reported that one royal fan said online: ‘Harry is the man on the dance floor & a perfect husband!’

Another joked that Prince William might not have been as confident in his own dancing abilities.

‘Wow, what I would do to have Prince Harry spinning me around like that! Can’t say the same about stiff William!’