Follow
Home » World News » ‘There’s no guidebook’: What do we expect of a PM’s spouse?

As world leaders met at a NATO summit in Madrid last week, Queen Letizia of Spain treated their partners to an outing ordinary visitors could only fantasise about.

The day began with a visit to Segovia, an historic town famous for its medieval walls and Romanesque churches. Guided by Queen Letizia, the spouses toured the gardens of the Royal Palace of La Granja de San Ildefonso, posing in front of a fountain featuring mythological figures such as Apollo and Neptune. 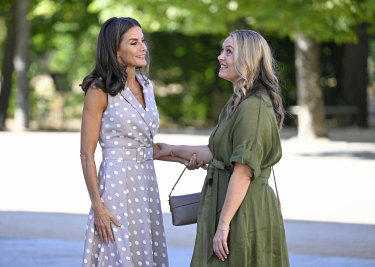 Queen Letizia of Spain greets Jodie Haydon at the at Royal Palace of La Granja of San Ildefonso.Credit:Getty Images

From there they toured the Royal Glass Factory and Royal Tapestry Factory before visiting the Reina Sofia Museum, home to Picasso’s famous anti-war painting Guernica.

Jill Biden, the wife of the US president, was there; so was Gauthier Destenay, husband of Luxembourg’s openly-gay prime minister Xavier Bettel.

Also among the spouses was Prime Minister Anthony Albanese’s partner Jodie Haydon, making her debut on the international stage. It was an entirely new experience for Haydon, who looked happy and relaxed mingling with royalty and her fellow political partners.

As well as the perks of being in a relationship with the prime minister, last week showed Haydon the downside: unwelcome media scrutiny. While she was in Spain, the Daily Mail ’s Australian website published a story after trawling through Haydon’s old LinkedIn posts. 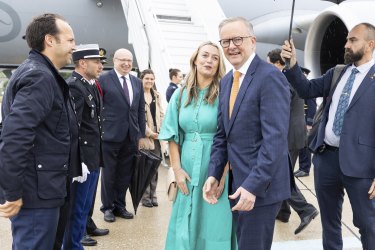 Writing under the username “Jodie H”, in a 2021 post Haydon expressed support for changing the date of Australia Day – a position at odds with Albanese’s stated stance. In the unearthed post, Haydon shared a cartoon of an Aboriginal protester with the caption: “Sovereignty has never been ceded. Always was, always will be Aboriginal land. #ulurustatementfromtheheart #treaty #changethedate.”

The unique aspect of Albanese and Haydon’s relationship is its newness, at less than three years. Albanese has said that his wife of 19 years, Carmel Tebbutt, told him on New Year’s Day 2019 that their marriage was over. At the end of that year he met Haydon and the pair soon began dating. Their relationship became public in June 2020 when a photographer captured them kissing at a restaurant.

While Albanese was opposition leader, Haydon lived in her own home in Stanmore, not far from Albanese’s place in Marrickville. They have not announced whether she will live with him full-time at the Lodge, though that seems unlikely for now, given she recently took up a job as a women’s officer at the NSW Public Service Association.

Blair Williams, a lecturer in Australian politics at Monash University, says Albanese and Haydon’s relationship is a refreshing reflection of 21st-century Australia.

“It shows what modern relationships look like,” she says. “People are divorced, people start new relationships and it’s great to see that showcased.”

Williams contrasts the unofficial role of prime ministerial spouse with the position of First Lady in the United States. The US president’s wife is assisted by official staff, known as the Office of the First Lady, headquartered in the East Wing of the White House.

“Here they are just the prime minister’s partner,” Williams says. “There’s no formal expectations put on them.”

Lucy Turnbull, whose husband Malcolm served as prime minister from 2015 to 2018, testifies to the unstructured nature of the position. While praising the public servants at the Department of Prime and Cabinet, she says more formal advice on the duties expected of a prime ministerial partner would be useful.

There’s an expectation the leader’s partner will do some kind of charitable work and travel on overseas trips, but how they spend their time is up to them.

In her 1992 book Prime ministers’ Wives: The public and private lives of ten Australian women, historian Diane Langmore notes that even the most thorough prime ministerial biographies tend to pay little attention to their subject’s marriages.

Until the mid-1960s, prime ministerial wives stayed mainly behind the scenes, supporting their husbands and raising children. A notable change came with Zara Holt, a fashionista who owned several boutiques selling upmarket evening dresses. Holt introduced an element of celebrity to the role, overseeing dramatic refurbishments of the Lodge and embracing her role as hostess to international guests. 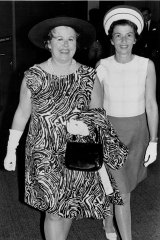 As well as Zara Holt’s outgoing personality, Langmore argues that, in the aftermath of John F. Kennedy’s assassination, Australians may also have “imported some of the glamour and mystique of the American ‘First Lady’ and endowed it upon the Australian prime minister’s wife, even though the two positions are so different”.

The “central dilemma” facing prime ministerial spouses, Langmore writes, is how to be active and useful while not being overly political. Margaret Whitlam attracted some criticism for her outspokenness as regular commentator on radio and television, as well as a columnist for Woman’s Day. “I don’t want to be used as somebody’s handbag,” she famously said.

Sometimes the toughest criticism these spouses face comes from their predecessors. In a 2006 book Margaret Whitlam lambasted Janette Howard, describing her contribution to the community as “useless” and even criticising her for holding her husband’s hand in public. In 2014 Mathieson accused his successor, Margie Abbott, of not doing enough charitable work.

Hazel Hawke stands out for attracting almost universal praise during her tenure, serving as patron or board member for over 40 organisations and raising awareness of child abuse, domestic violence and AIDS.

Reflecting broader trends in society, prime ministerial partners have increasingly had their own independent careers. While Kevin Rudd was opposition leader, Therese Rein’s successful employment and health company Ingeus sold its Australian operations to avoid any perception of a conflict of interest but expanded its operations in the United Kingdom. 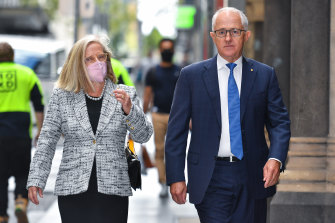 Turnbull, a former Sydney lord mayor, took on a new job as head of the Greater Sydney Commission while her husband was prime minister.

She says she sometimes offered her husband advice on political matters. “Sometimes my advice was listened to, sometimes it was 100 per cent ignored. It’s just a normal part of being in a partnership.”

While politicians often call for the privacy of their partners and children to be respected, they also deploy them strategically to soften their image, especially when an election campaign is looming. Albanese and Haydon did their first joint interview together in February with The Australian Women’s Weekly.

She says her research has found that female political leaders tend to distance themselves from their partners and families to avoid prompting questions about whether they are spending enough time with their children or the sacrifices their partner has had to make.

“Our society still doesn’t expect men to sacrifice their careers – we expect that of women,” she says. “There is a very heteronormative, traditional view that female spouses should be demure, but hopefully that’s changing.”